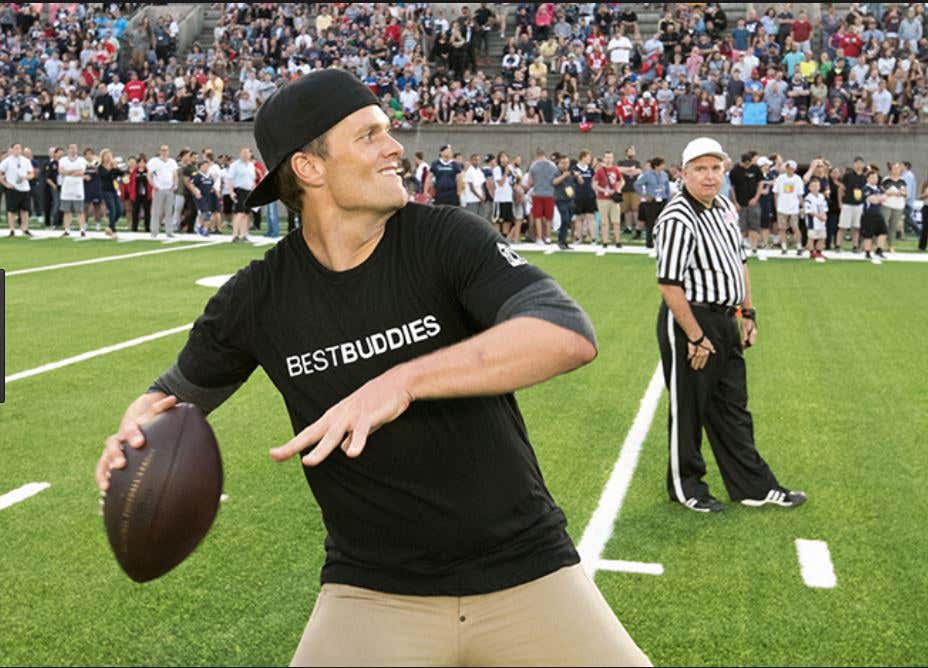 Boston.com – Tom Brady and the folks at Best Buddies International are apparently still smarting about a recent Boston Globe story detailing the financial arrangement between the charity and the Patriots quarterback. In past years, the Globe has been invited to attend the game and to photograph Brady tossing TD passes to his celebrity friends. Not this year. Friday, a Globe photographer showed up at Harvard Stadium and was told he was not allowed into the event. He was then ordered to “leave immediately” and a security officer was summoned and the photographer was escorted to his car.

Oh the Boston Globe wasn’t allowed to take pictures and cover Tom Brady’s Best Buddies football game? Gee ya think? And now they are making a story about it? Forget the photographer getting denied here, the story should be that the Globe thought they could just show up to this thing in the first place. I mean you can’t just run a hit piece on Brady’s charitable work and then pretend it never happened. Did the Globe think Brady would forget? We’re not talking about covering the NFL here. They wanted to go cover a private charity event that they chastised him for and questioned his manhood about. They are lucky they didn’t get dragged down into some underground dungeon and beat up like they got caught cheating in a casino. The Globe can cry me a river with this shit.  Why would you ever invite somebody who you know has an agenda against you.

Sidenote – Think I’ll ever get invited to this game? They probably won’t because they know I’ll play 110% and take these Best Buddy kids to the house. And that nasty little Bradygate incident.