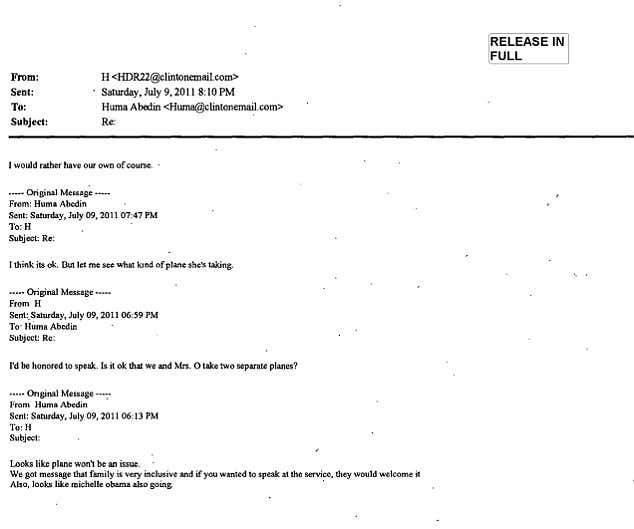 Hillary: I’d be honored to speak. Is it ok that we and Mrs. O take two separate planes?

Huma (dummy who constantly takes back Weiner): I think its ok. But let me see what kind of plane she’s taking.

Hillary: I would rather have our own of course. 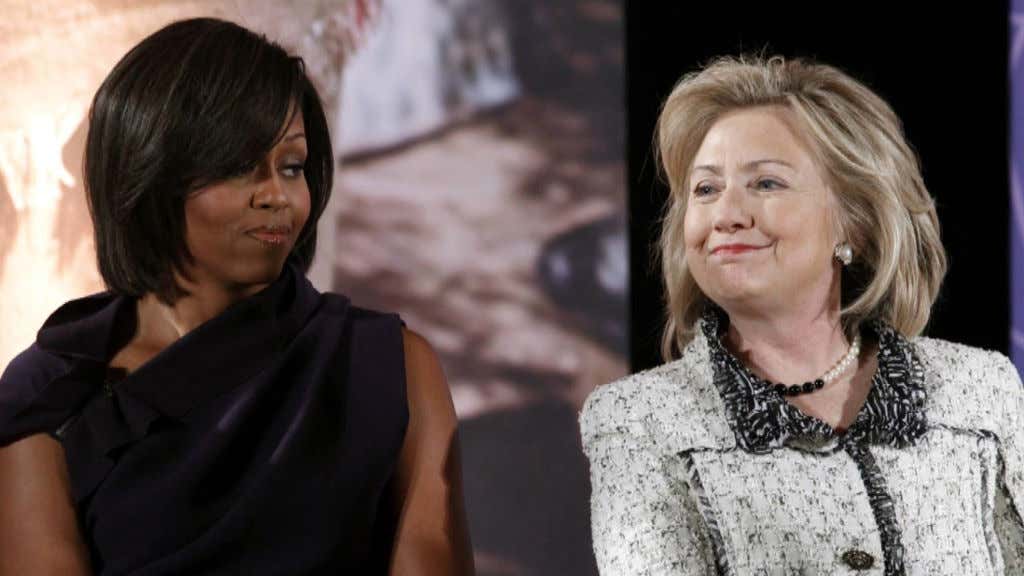 I love this story. Not really sure why. Might be because it’s a summer Friday afternoon nearly 5 o’clock and I’m giddy as fuck. Also might be because the thought of living a life where you don’t even want to take an entire PLANE with another person is so fascinating to me. A whole plane. It’s not that you’re being asked to sit next to someone. It’s not that you’re being asked to be put in the same room as someone. It’s not that you’re being asked to go on a road trip with someone. You’re refusing to take an entire fucking plane with someone else. That’s impressive. What hate that is. So much spite and bad blood and passive aggressiveness in these emails. “Hey if it’s cool, just if it’s okay and if it’s possible at all, I won’t under any circumstances take the same plane as Michelle O so figure it the fuck out.”

Who doesn’t love them some spite? It’s a beautiful thing. Let this intriguing tale of spite and bad blood and living a life where you get to plan going to events by each person taking their own plane kick off a great weekend everyone!