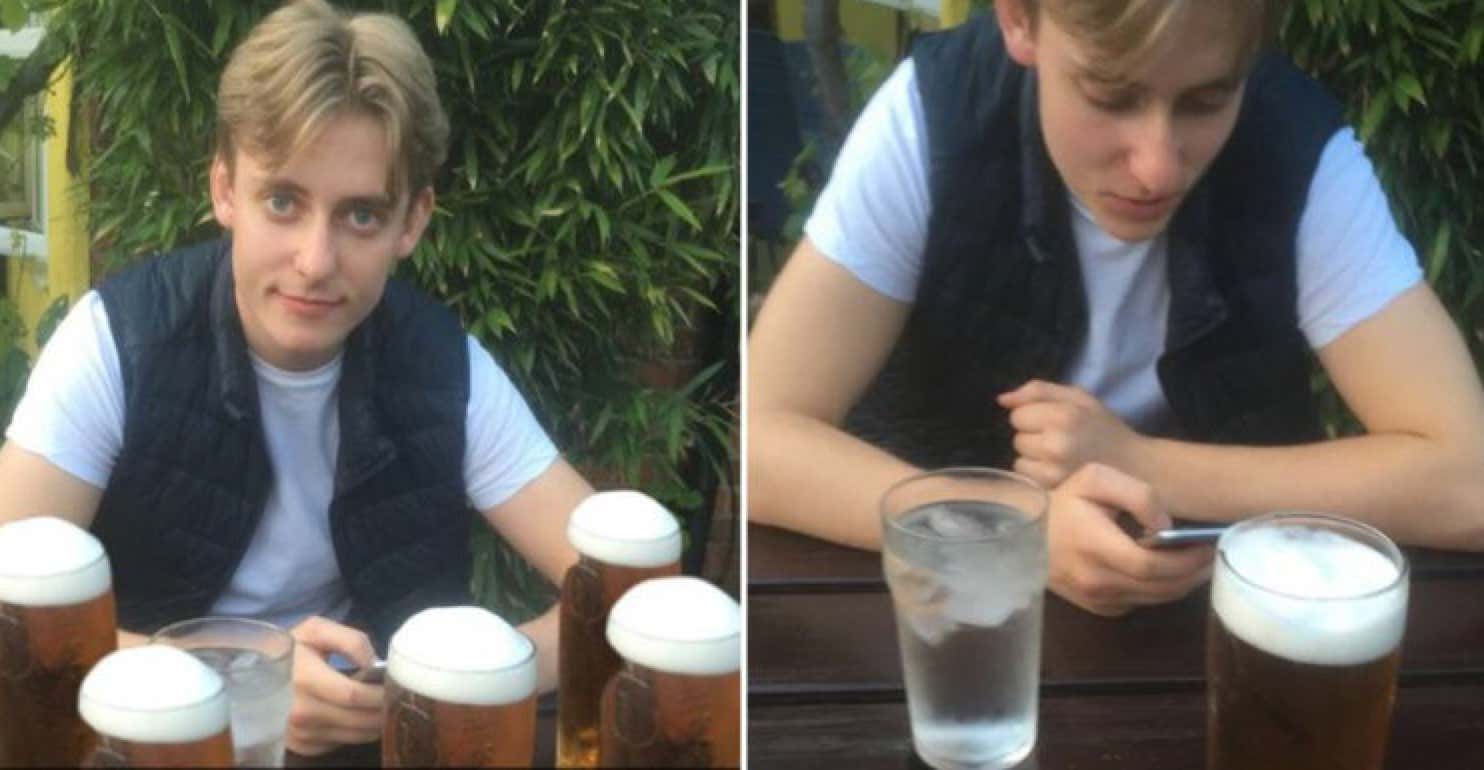 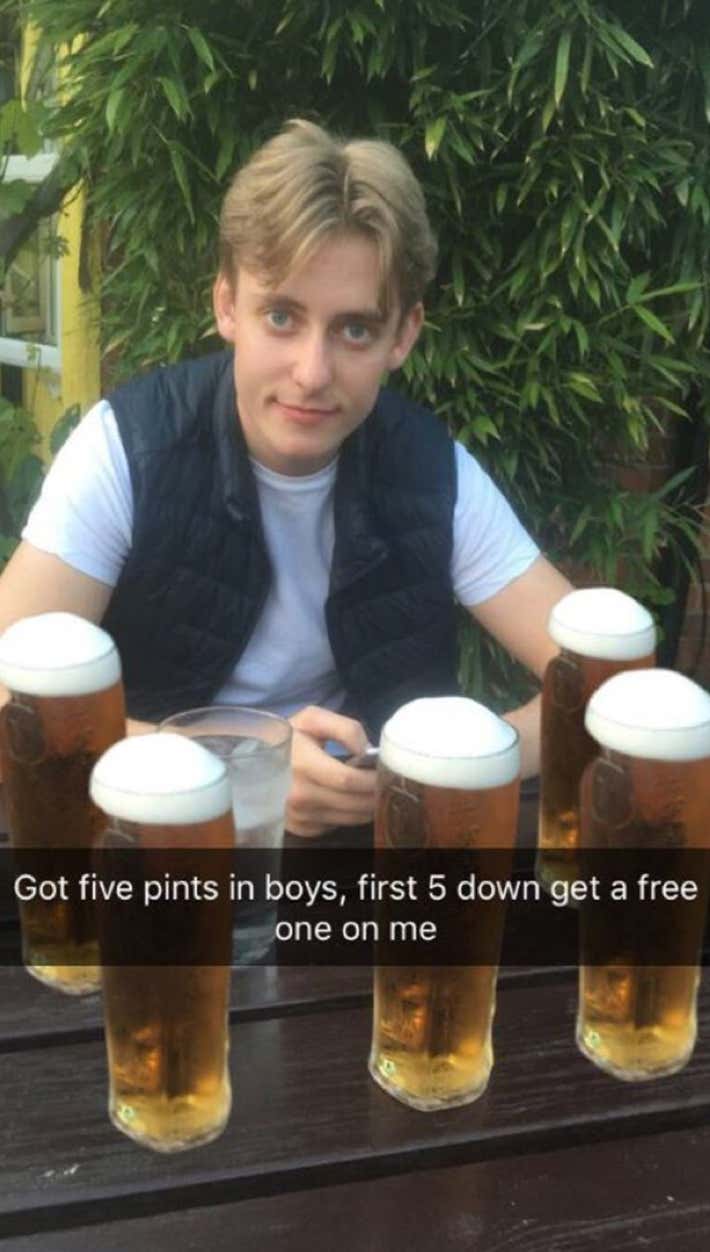 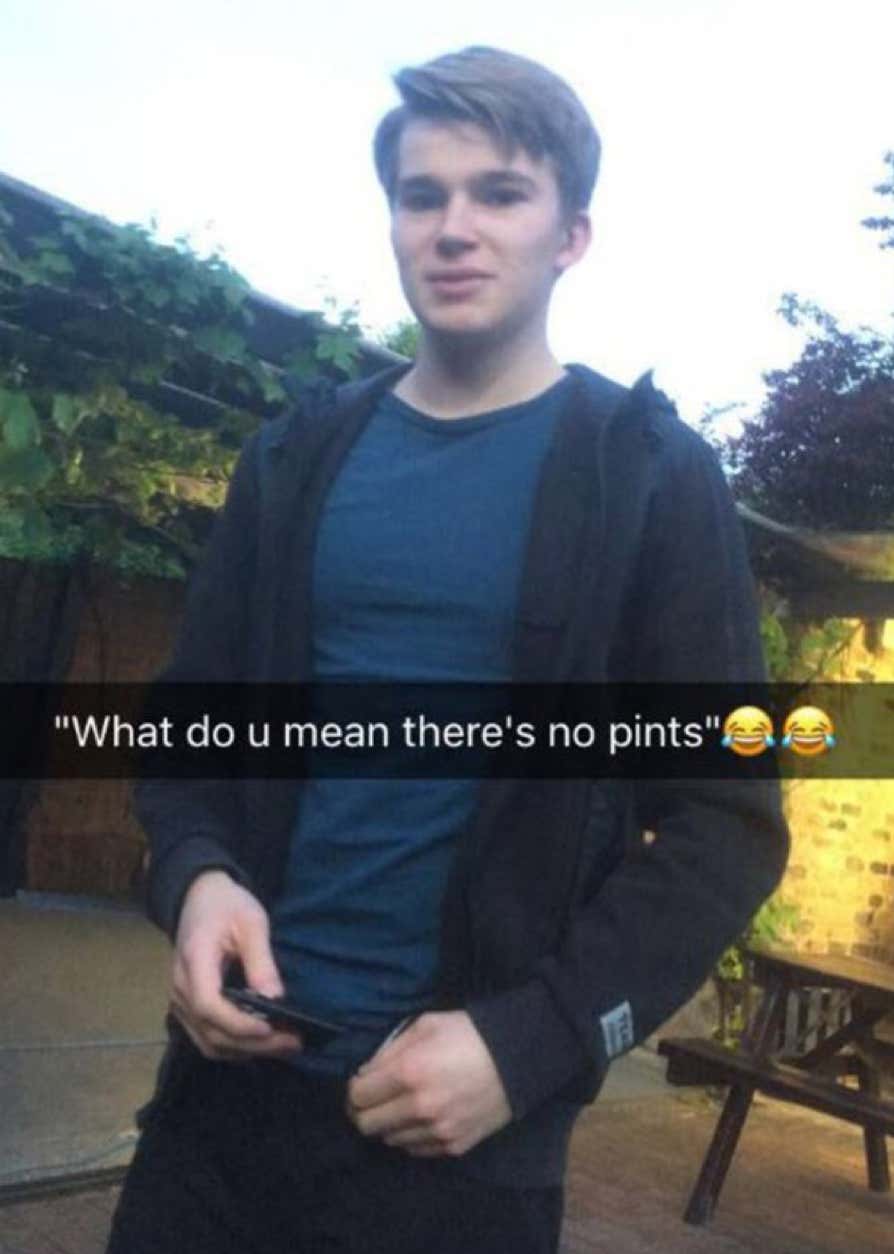 Metro- When 19-year-old Jack Potter left school, he and his friends stopped seeing as much of each. It’s hard, but it happens to all of us. Jack, who’s originally from Dagenham and now lives in Brentwood, was getting sick of all the cancelled plans – and decided enough was enough. While sitting in a pub garden with his friend, Will Southgate, the pair decided to bribe their friendship group to come and join them by sending them a photo of five pints of beer ready and waiting for them. There was only one problem – the pints were photoshopped. Jack told Metro.co.uk that he and Will had been to the gym, and afterwards, they decided to go to the local for a ‘cheeky couple’. They messaged the rest of their friendship group but nobody replied. Jack decided enough was enough and opened Snapchat to mess with the group. Jack snapped a photo of his own pint and, using the Snapchat scissor tool, he copied and pasted five more pints alongside his.

Diabolical move from Jack Potter. Although all I learned from this story is that Jack Potter’s friends are assholes. Think about it. In order for Jack Potter to get his friends to hang out with him he had to trick them with a Snapchat feature. And the way he had to trick them was by offering them free beers. THEN when his friends got there and realized the beers were fake, they were PISSED. So pissed that it looks like a couple of them walked out. Those are some shitty friends. If one of my friends tricked me into meeting him with the proposition of free beer, and I showed up and there wasn’t free beer, you know what I’d do? Buy my own goddamn beer, sit down and drink it with my friend who clearly wants to hang. Beers are like 3 dollars (or $9 in NYC). Buy one and sit the fuck down. On the other hand, maybe Jack Potter sucks and that’s why his friends hate him. That’s very possible. Jack Potter could be a real piece of shit. We really don’t have enough information.