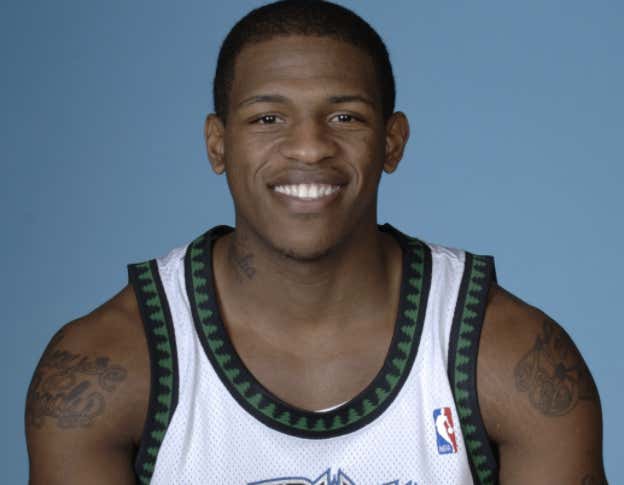 Speaking with the Charlotte Observer, McCants blamed his relationship with Khloé Kardashian for ruining his time in the league, which lasted a mere four seasons and change.

McCants, 32, first was linked to Kardashian, 32, in early 2009, months before she wed another NBA player, Lamar Odom of the Los Angeles Lakers.

This loser Rashad McCants can whine all he wants but he fell victim to Khloe’s sorcery long before she even knew the extent of her powers. That was back when she was just a young witch, barely sliding by in potions and purposefully failing defense against the dark arts (this is a race joke). Since discovering the full reach of her ability, she’s left men incapable of playing defense (Harden), addicted to crack (Odom), and relegated to playing in the Philippines>France>China>Brazil>Lebanon>Venezuela (McCants, obvi. Redefining journeyman. “I’m not a journeyman, I’m a journey, man! Let me take another journey, damn.” Or something)

I want to hate the Kardashians, but at this point, they’re just too good at what they do. You know how we often look back on Jeter, Leo, and Clooney’s lists of ex-girlfriends and just gape in awe? The collective ex-boyfriends of the Kardashian Klan aren’t too shabby either. Sure, a couple misfires when they were just rookies and didn’t fully know the strength of their whore powers (Kris Humphries, this loser Rashad McCants). But you’ve also got Nick Cannon, Miles Austin, Lamar “Crack” Odom, Reggie Bush, James Harden, Trey Songz, Tristan Thompson, and the future ex-Kardashian… Mr. Kanye West. It’s a lineup you might expect from the whacky mind of Lin Manuel Miranda as he assembles his new rap-sports musical. But nope, just a wake of broken dicks and evacuated checking accounts lavished on rings recycled, in the end, through pawn shops. The future is female indeed!