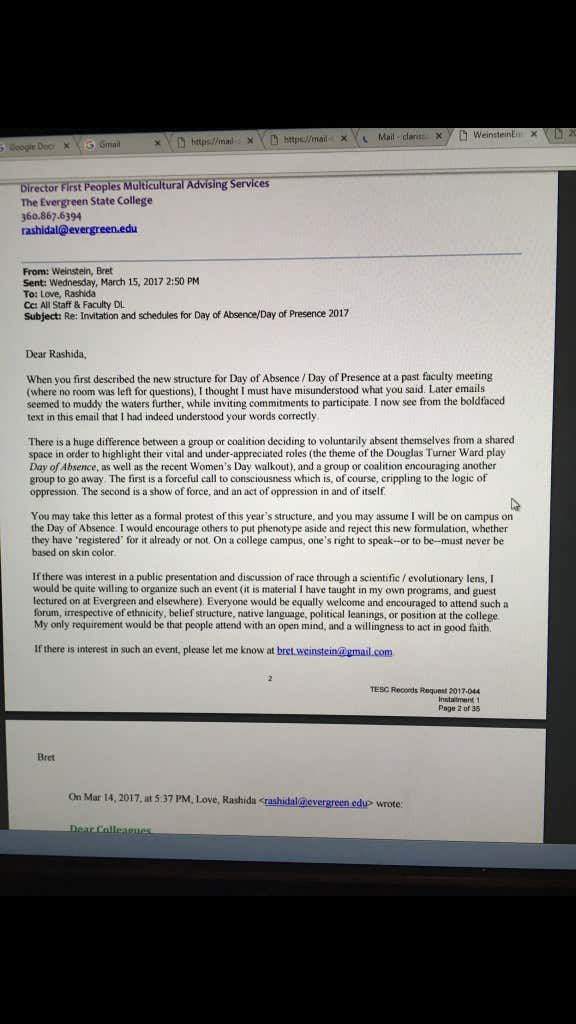 Which was in response to the “Day of Absence” which goes on at Evergreen State College in Washington:

And here were some responses to the controversy from Professor Bret Weinstein and his brother who works for Peter Thiel’s VC firm: 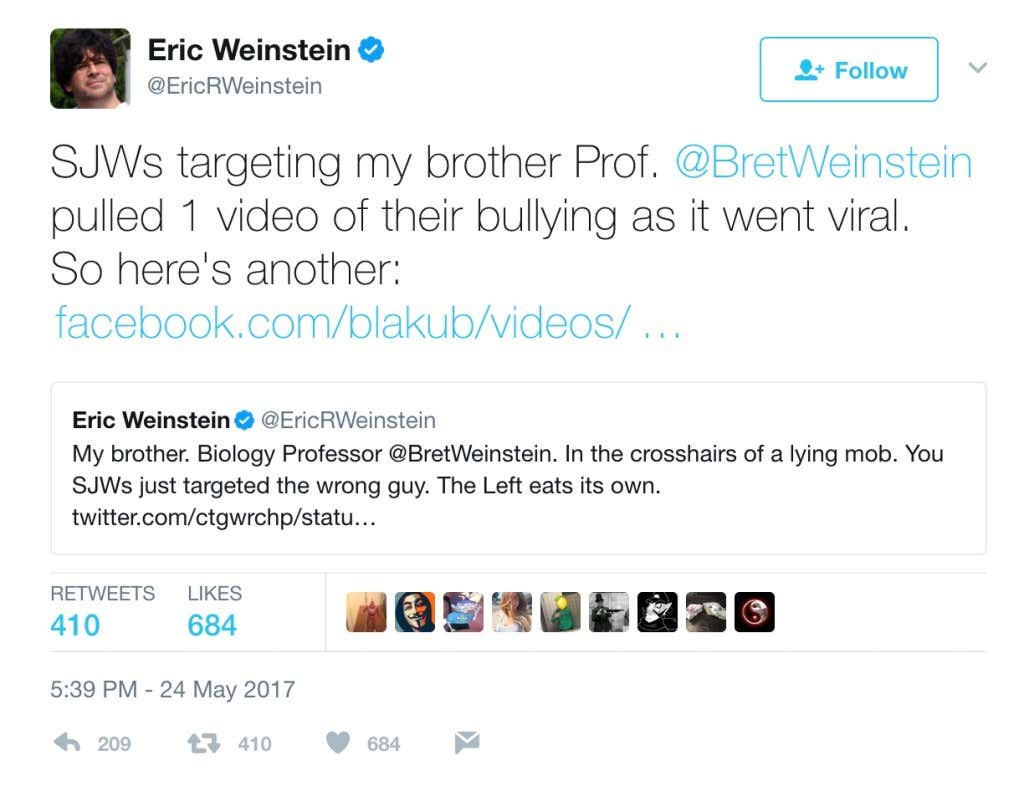 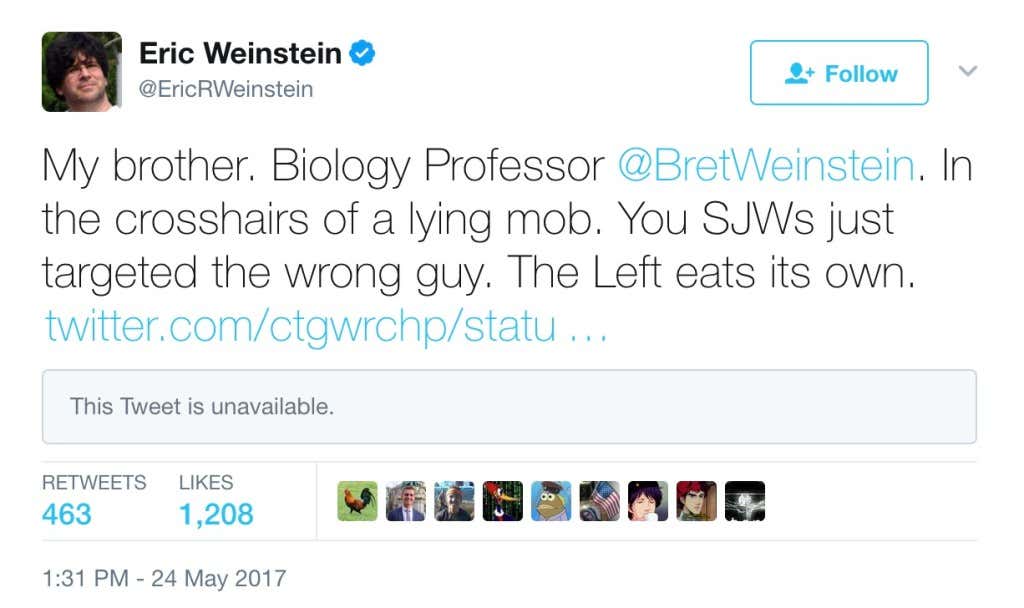 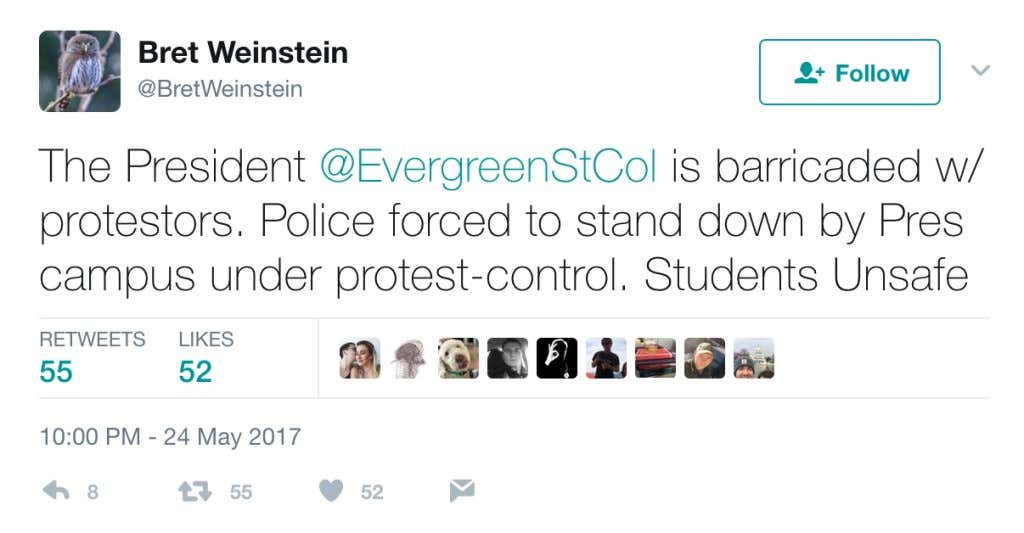 So a lot to unpack here. Is it generally a great idea to reply to longheld racial college events at your pacific northwest college by counteroffering to talk about the biological differences between races? I’m going to say no. But the professor clearly doesn’t have bad intent, clearly seems to be doing his best to hear the students’ gripes and thoughtfully reply. And instead they respond with straight up mob mentality. In this case, literally: 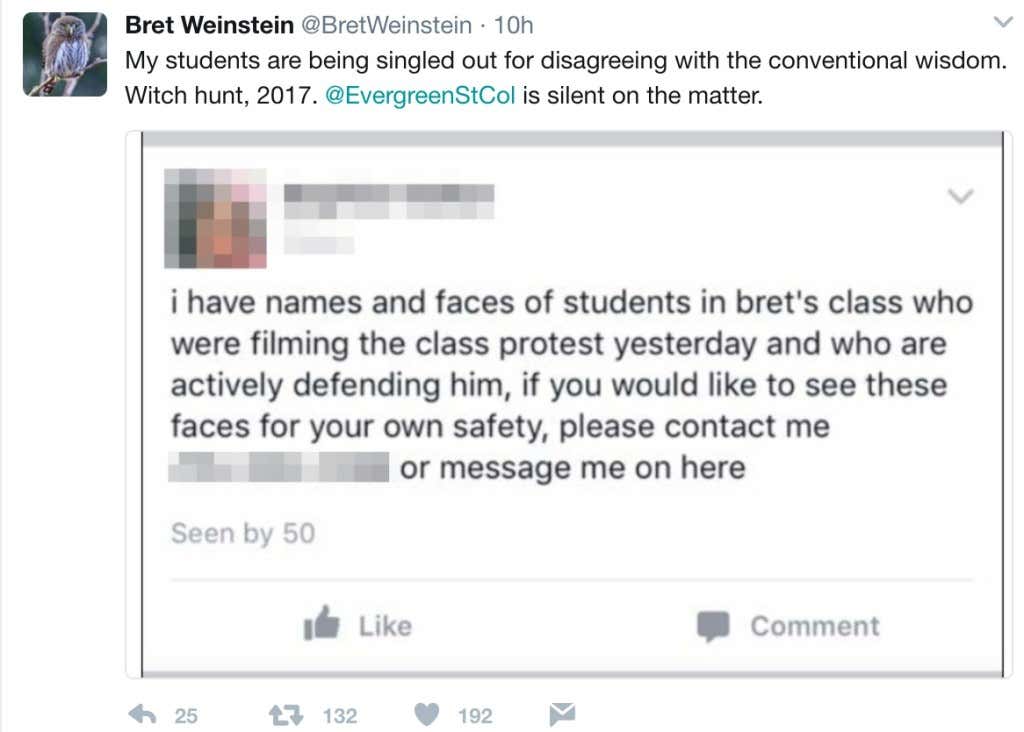 Honestly how the fuck did college get here? People used to go to college for enlightenment, learning new things they couldn’t possibly experience in their own lives. And now students not only willfully avoid new information, occasionally with the assistance of the school like in this case, and they do things like this where they’re outright targeting someone for having a different view point and trying to take the opportunity to articulate it. Even if the kids listened, would they find a real middle ground? Probably not. But it’s absurd that they’re not even willing to try and, in fact, go out of their way to try to force someone out of the school for offering a different viewpoint. It’s a sad situation but it’s even sadder with how unsurprising it all is.

PS Evergreen State College social media team with their finger squarely on the pulse of the campus: 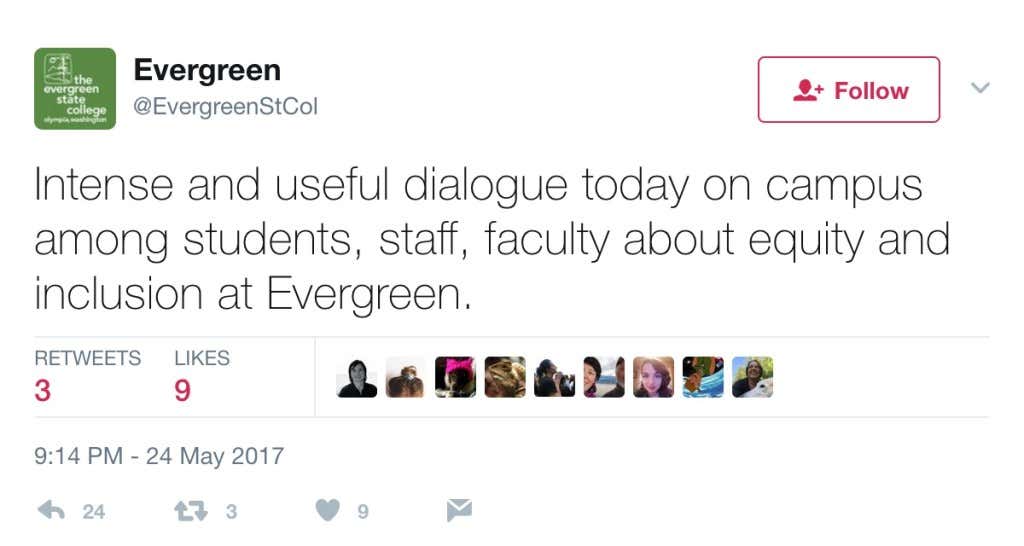