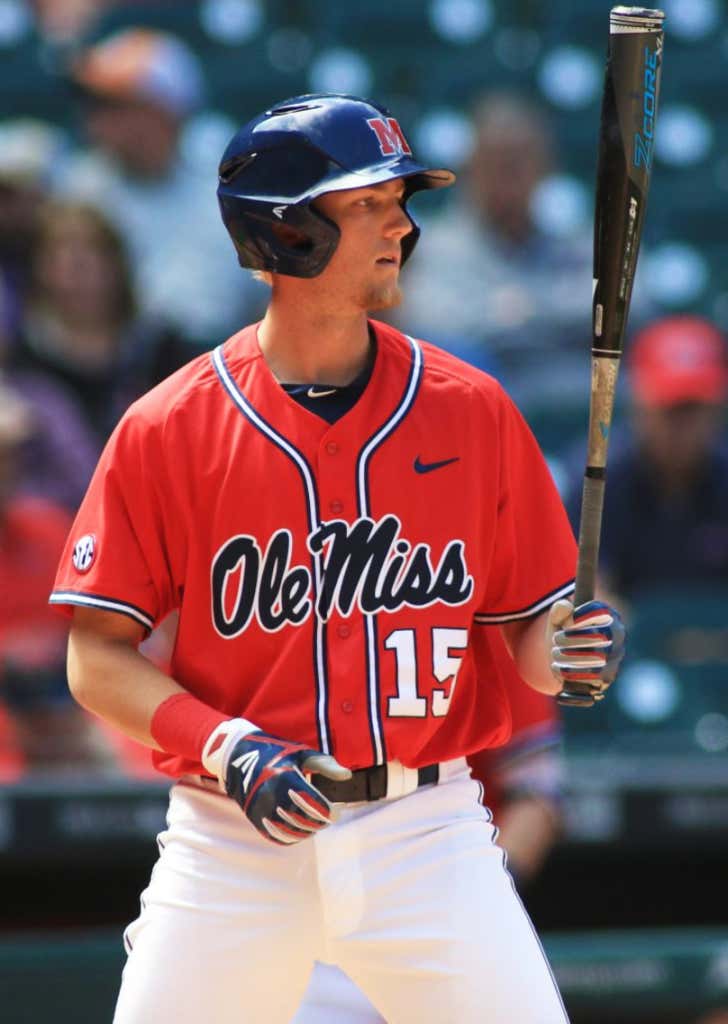 AL – Ole Miss will be without shortstop Grae Kessinger for the remainder of the season, for unusual reasons.

Kessinger suffered a broken foot on Monday while playing ping pong in the players lounge at the SEC tournament in Hoover, according to Davis Potter of the Oxford Eagle.

Kessinger, the grandson of former Ole Miss coach and MLB shortstop Don Kessinger and the son of ex-Rebels shortstop Keith Kessinger, has started 53 of 57 games for the Rebels this season. The freshman is batting just .175 with 16 RBIs, but is considered an excellent defender.

Fucking baseball players man.  What is it with these guys?  The absolute weirdest injuries in all of sports.  Carl Pavano rupturing his spleen shoveling his driveway.  John Smoltz burning himself ironing his shirt…while he was wearing it.   Jonathan Lucroy’s wife dropping a suitcase on his hand.   Geoff Blum going on the DL after tightening up putting a shirt on.  Joel Zumaya straining his wrist playing Guitar Hero.  Ricky Henderson falling asleep icing his ankle and getting frostbite.  The list goes on and on and on.

Grae Kessinger breaking his foot playing ping pong goes right up near the top.  Out for the rest of the season due to “freak ping pong incident.”  Unreal.

Unless you’re involved in this rally:

– There’s no way you should be breaking your damn foot playing freaking table tennis.