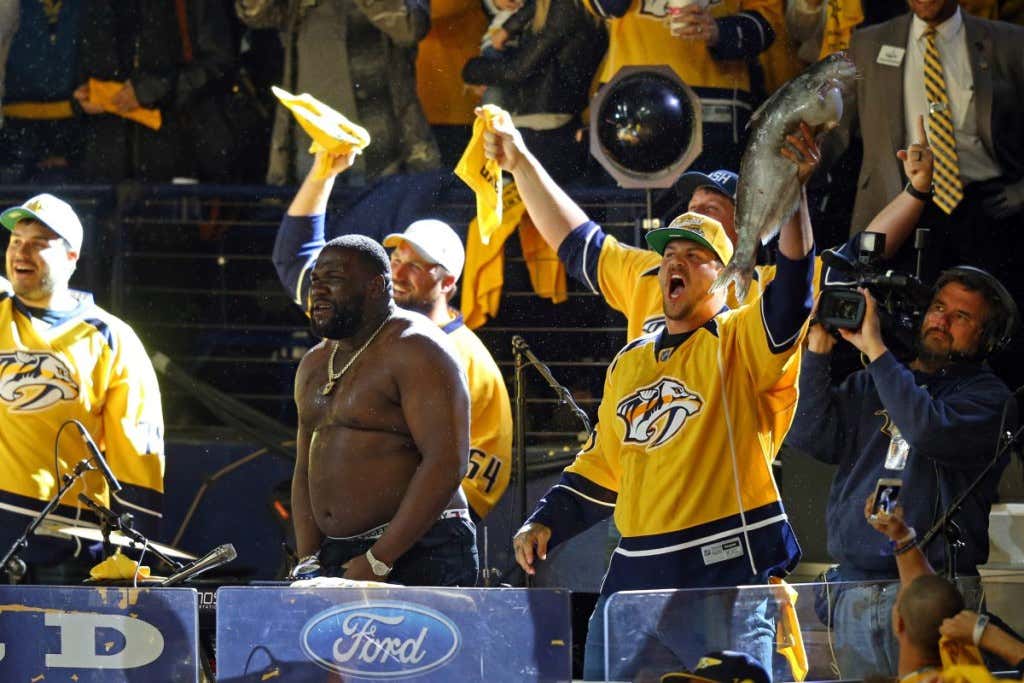 Nashville Predators fans have been getting tons of praise over the last few weeks. And it’s all well deserved. But the true MVP’s in Nashvegas right now? The Tennessee Titans. Because they’ve been firing it up at every home game so far these playoffs. Whether they’re gassin’ beers chuckin’ celebratory catfish onto the ice while the Preds punch their ticket to the Stanley Cup Final. Nobody has been more Ferda recently than the Titans. Their Ferda Levels are actually off the charts. Almost brings a tear to my eye.

But anyway, Taylor Lewan was just trying to get the boys goin last night when he threw that catfish onto the ice, and it’s a damn shame that people would concoct a rumor like this. Taylor Lewan didn’t suffer an upper body injury from being an A1 quality fan. He suffered an upper body injury from drinking like every other red blooded American has done countless times before. It just seems like a highly suspicious move by someone to blame the catfish in this situation. Maybe someone in Pittsburgh or Ottawa started the rumor. They saw how much the Nashville crowd feeds off the Titans and how much the Predators feed off the crowd. Maybe the end game here was to get the Titans to keep guys like Taylor Lewan away from the games because they’re afraid they’re gonna come back looking like Jason Pierre-Paul by the end of the Stanley Cup Final. I’m just spit balling here but that doesn’t sound too far off the mark to me.