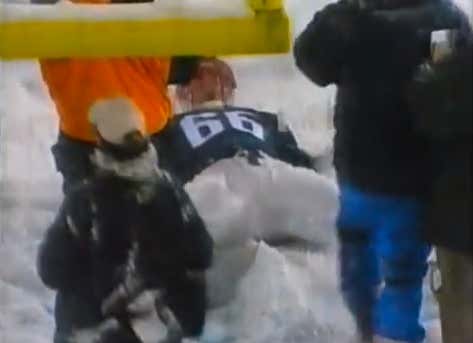 PFT – NFL Commissioner Roger Goodell has officially informed players that the league is backing off its heavy-handed approach to penalizing celebrations.

In a letter to players, Goodell wrote that previously penalized celebrations, including making snow angels, using the ball as a prop and engaging in group demonstrations, will now be legal.

“Today, we are excited to tell you about another change that comes after conversations with more than 80 current and former players: we are relaxing our rules on celebrations to allow players more room to have fun after they make big plays,” Goodell wrote. “We know that you love the spontaneous displays of emotion that come after a spectacular touchdown. And players have told us they want more freedom to be able to express themselves and celebrate their athletic achievements.”

The league will still penalize some celebrations, including “offensive demonstrations, celebrations that are prolonged and delay the game, and those directed at an opponent.”

Sweet Jesus. Roger Goodell is such a pompous, condescending prick he can’t even give the appearance of slightly relaxing a rule without exposing himself as the royal twat he is. God Almighty, who writes like that? He sounds like he was programmed to try to mimic human speech.

And even when Der Commissar is doing generally the right thing, dialing back a stupid rule that fans hate, he can’t even do that right. I mean, what has he really done here? Legalized snow angels? All he did was take a couple of things that were automatic flags and said they’re allowed, but not if they’re offensive, too long or taunting. So it’s still subjective. The officials are still put in a position to have to gauge every celebration like Dancing With the Stars judges. And if they feel like someone is getting triggered, flags will still fly. The Lambeau Leap is good, jumping into a Salvation Army kettle is bad. Or not. We don’t know. All this sniveling toad has done is take a judgement call and make it even more judgey. Take a gray area and add gray to it. Then polish his own nob with a badly worded memo that reads like the senior thesis of an Early Childhood Ed major.

It’s simple. Just allow whatever, the way the NFL did back in the glory days of Icky Woods and Billy “White Shoes” Johnson. Back when the NFL used to package celebrations into VHSes you got free with a paid subscription to Sports Illustrated. Somehow we all survived. The rivers did not run backwards. The dead didn’t rise from the grave. And if teams felt disrespected, it was up to them to keep the disrespector out of the endzone. Or make him have to keep his helmet on a swivel. Or drill him in mid-taunt like George Teague did to TO in the video (0:45) mark. Boom. Problem solved.

Once  Patriots 300 lb linebacker Sam Hunt finished off a pick-6 by squatting down, putting the ball between his butt cheeks and shitting it out. It was one of the funniest moments of my childhood. And my fondest memory. But when Doug Baldwin did it Super Bowl XLIX, it was 15 yards on the ensuing kick and Michaels and Collinsworth refused to even mention what he did. Let’s go back to those days. And if the celebrations take too long, fuck it. Line everybody up. Kick the extra point. Kick the ball off. Wait for no man. But don’t try to tell us you’re doing anything to make the game more fun until you do something to make the game more fun. Also, buy a shirt. 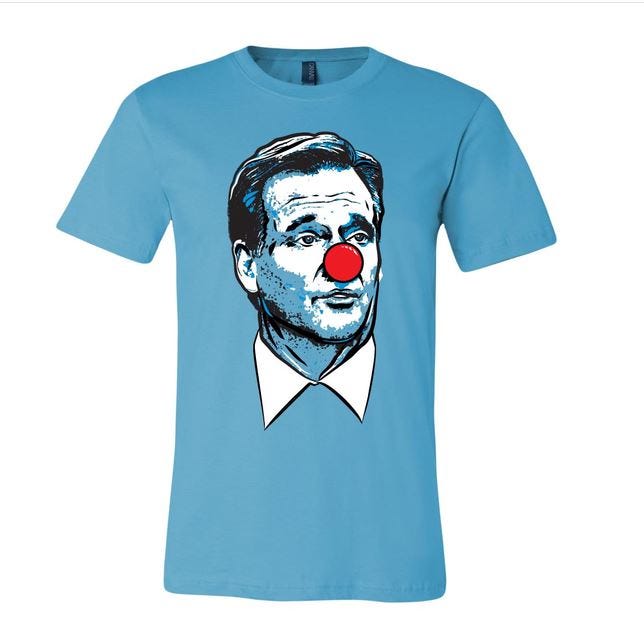