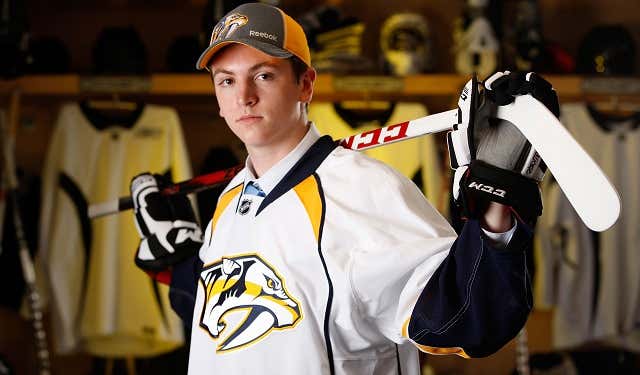 For those of you who are old enough to remember, Jimmy Vesey was drafted by the Nashville Predators way back in yesteryear. He was a 3rd round draft pick in the 2012 draft. Then after spending 4 years at Harvard, he became one of the biggest free agents on the market last summer. Vesey could have either signed with Nashville as soon as his season at Harvard ended. Or he could have waited until last August to hit the open market and go to pretty much any team he wanted. He chose the latter and decided being a professional athlete in New York City was the life for him. Which–as a 23-year-old who just graduated from college–isn’t the worst idea in the world. As far as life choices are concerned, there are plenty of worse ways to spend your early 20’s.

But again. In order to sign with the Rangers, Vesey had to tell the Predators to go fuck themselves. And now… well…

The Predators are 4 wins away from hoisting the Stanley Cup and Vesey was on summer vacation before the end of Harvard’s finals week. Not good!

And then, of course, the only people having a worse night than Jimmy Vesey last night were the Montreal Canadiens. 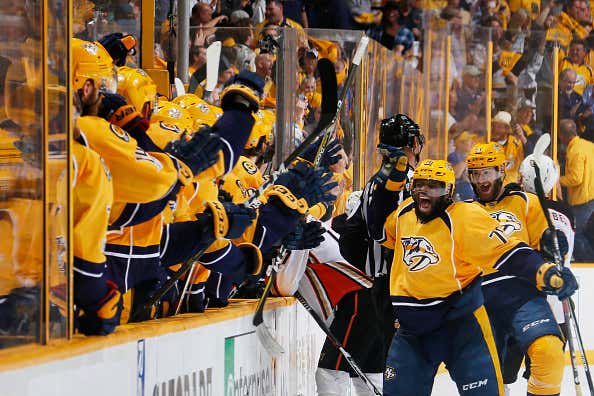 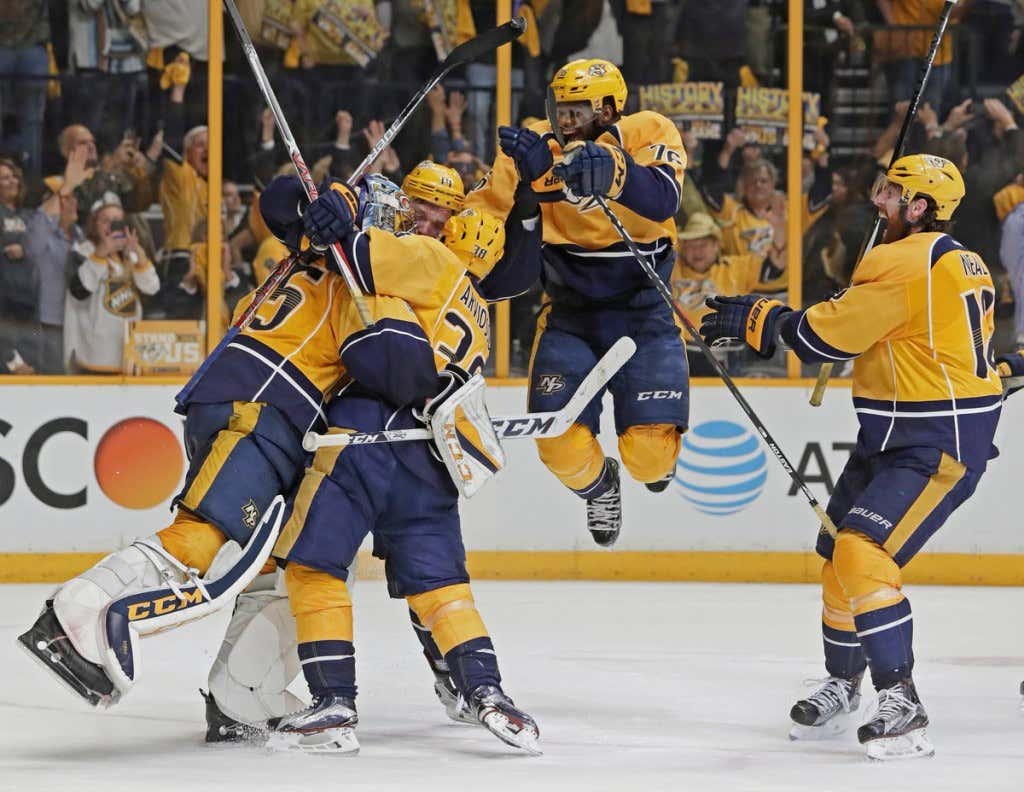 Well actually, PK, it’s “final” and not “finals”. But that’s okay. Because this is further proof that the Hockey Gods do, indeed, exist. At this point I’ve said plenty of times that the Subban for Weber trade wasn’t so bad in terms of talent-for-talent. Subban and Weber change the game in different ways but they’re equally as impactful for their teams. The biggest issue I’ve had with the trade since the jump was that there was zero need for it. It was an unnecessary trade that had no other option but backfiring for the Habs. It was purely a personality trade. And here we are. 11 months later. PK Subban is about to play in the Stanley Cup Final for the first time in his career. Taking Shea Weber’s team to the Final for the first time in the organization’s history. And the Habs have nothing else to do besides be that meme where the dog is in a room that is engulfed in flames. You know the one I’m talking about.

And the best part about it all? If (when) the Predators do win the Stanley Cup, you know for a fact that PK is bringing it to the Montreal Children’s Hospital. Because that’s the kind of guy he is. Hope Marc Bergevin gets an invite.