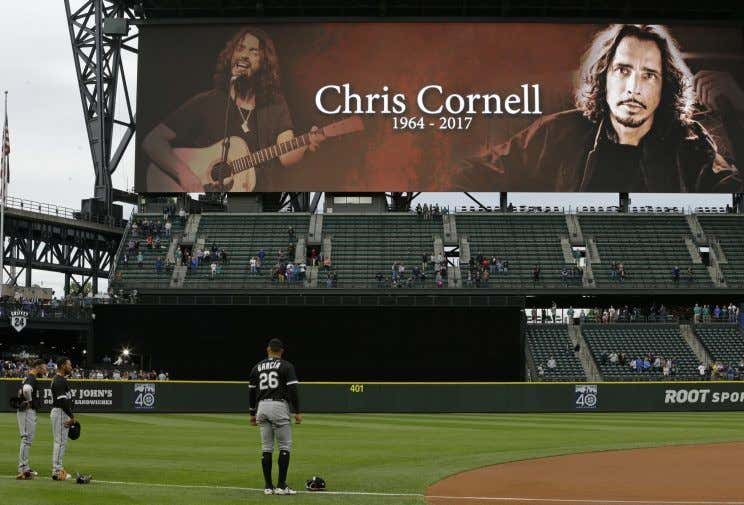 Yesterday, we woke up to the awful news that Seattle’s own Chris Cornell was no longer with us after an apparent suicide. Soundgarden and Rage Against the Machine were two of my favorite bands growing up, so obviously I was stoked when Cornell formed Audioslave with all of the remaining members of Rage after lead singer Zack de la Rocha split.

One of my biggest regrets now will be not getting the chance to see them play live. Being one of the major staples of the music scene out in Seattle, the Mariners paid tribute to Cornell before their game against the White Sox, which they won. Before first pitch, the team held a moment of silence for the rock legend.

The Mariners’ ballpark DJ also played a ton of Cornell’s greatest hits throughout the night:

Corey Taylor of Slipknot and Stone Sour did a pretty awesome tribute to Cornell last night in Columbus, Ohio by performing Outshined by Soundgarden.