A race unlike any other. Get ready for the ride of a lifetime. The #TourDePharmacy is coming. July 8 on @HBO. pic.twitter.com/67FDbXlVuk

John Cena’s been away for wrestling for a bit to film a couple movies, and I never really looked into which movies he’s been doing. Turns out this HBO mockumentary was one of them, and oh boy does it look great. Andy Samberg is the creator, and if you saw Popstar: Never Stop Never Stopping last year, you know he’s got this mockumentary thing down pat. This one isn’t based on Justin Bieber, however. It takes a completely opposite route (bike joke) and is based on the steroid epidemic surrounding the Tour De France. Which is hilarious. Now throw in one of the wildest assortments of actors/celebrities ever, and I think we’re gonna be in for a wild ride (bike joke). Let’s go down the list…

-Andy Samberg: For as much shit as SNL gets now, this generation produced Tina Fey, Jimmy Fallon, Amy Poehler, Seth Meyers, Kristen Wiig, and Andy Samberg as some really successful breakout stars. It’s in a slump right now, but I think there’s potential for a bounce back.

-Orlando Bloom: I can’t look at this fucker without being reminded how much I hated the Lord of the Rings movies. This isn’t like when I jokingly called Daniel Day a hack fraud and you all yelled at me. This is not a joke. Lord of the Rings SUUUUUUUUCKS. See: Clerks II for my explanation of why…

-Freddie Highmore: Not sure who this is but he’s from Bates Motel and people love that show.

-Daveed Diggs: Daveed was the original Lafayette/Thomas Jefferson in Hamilton. I’m a HUGE Hamilton guy. HUGE. He stole the show when I saw it (nbd kbd). Love that he’s getting some Hollywood gigs now. Espcially because he’s my pal. 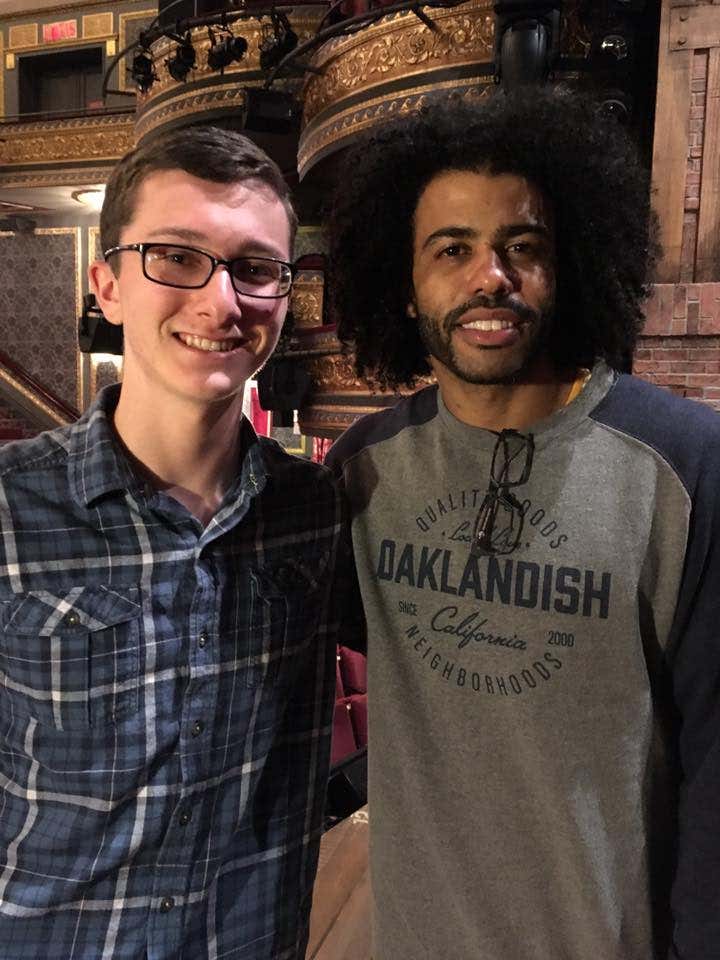 -John Cena: So far Cena’s stolen every movie he’s been in, I expect no different from him here.

-Our Lord And Savior J.J. Abrams: I fucking love J.J. Abrams and owe my life to him after he made the masterpiece we call The Force Awakens.

-Adewale Akinnuoye-Agbaje: I don’t think this is a real name. *looks up name to see if it’s real* Oh shit, nevermind, it’s Mr. Eko on LOST! Sup yo!

-Joe Buck: First Brockmire, now this. I’m starting to think Joe’s been in the wrong profession and know we’re all gonna learn to love the Buck very soon.

-Nathan Fielder: Shoutout to all my young stoolies who grew up on Drake & Josh/iCarly. Two shows that made being raised in the early 2000s worth it. I genuinely feel bad for anyone who missed out on them while they were in their prime.

edit: I’m a fucking dope. Nathan Cress was the iCarly guy. This is the Nathan For You guy, even better.

-Will Forte: Kinda the Rob Schneider to Samberg’s Sandler. Expected to be in this, but always knocks it out of the park.

-Jeff Goldblum: It is at this point in the cast list that I think we have to classify Tour De Pharmacy as a must watch. They got fucking Goldblum for this shit. GOLDBLUM!!!

-Dolph Lundgren: The perfect specimen to put in a movie about sterioded up bikers.

-Mike Tyson: Mike Tyson should be in every comedy from now until the end of time. His role in the Hangover is one of my favorite “celeb” roles of all time. Who knew the guy who murdered every boxer in the 80s/90s was born to make people giggle?

-Lance Armstrong: Glad to see the one nut wonder can joke and be lighthearted about the massive amount of steroids and lying he did. Instantly makes him way more relatable.

There’s a bunch of others in the cast too, but I don’t want to write a novel about this minute long clip. Let’s just say I hope we ride into July 8th as quickly as possible (bike joke).