There’s been a decent amount of drama, controversy and overall shittiness surrounding the Toronto Blue Jays this year. They’ve had about 50 dudes land on the disabled list through the first month and a half of the season, they had Kevin Pillar suspended for two games after he used a homophobic slur the other night, and Jose Bautista got put in a body bag by Eric O’Flaherty a couple nights ago and was drilled with a pitch last night for being an asshole. Not a ton to be happy about so far if you’re a Jays fan.

This was a cool moment, though. Marcus Stroman has been pretty solid for Toronto so far in 2017. His scoreless outing in Atlanta lowered his ERA to an even 3.00 this season. He didn’t go deep into his start (5.2 IP), but he went deep in his start, sending his first major league home run over the fence for an oppo taco. That was a nice little poke by him, too. He definitely did not look like your stereotypical awkward-looking pitcher in the batter’s box. Stroman played some shortstop and second base in college for Duke, but even then, he only popped a couple homers and they were both in his first year. Pretty impressive to go seven years in between hitting homers and still look good doing it.

But when your dad looks like this, then yeah. I suppose hitting home runs should be somewhat of a genetically gifted ability. 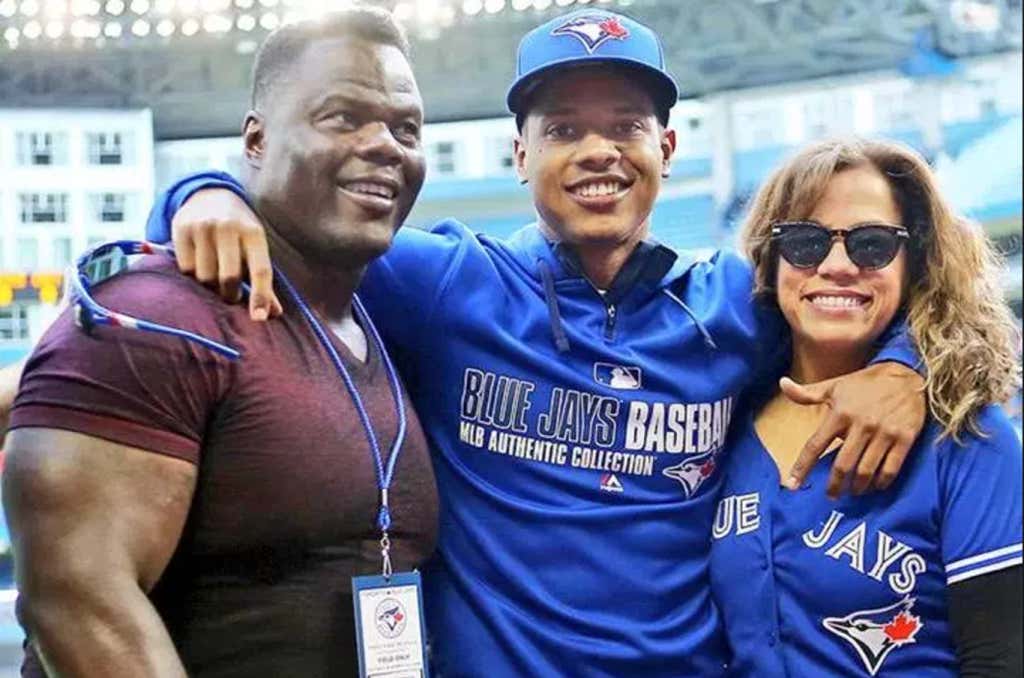