By now I’m sure that everyone is well aware of the beef between the Nashville Predators and their regular season anthem singer Dennis K. Morgan. In case you need to be brought up to speed, this Johnny Jerkoff sings the national anthem at the Predators’ home games during the regular season. Now that the Predators have been going on a tear in the Stanley Cup Playoffs, they’ve been bringing megastars like Carrie Underwood, Luke Bryan, Lady Antebellum and Keith Urban to sing the national anthem before games. You know, because they’re in Nashville which is the country music capitol of the world. That would be like if Barry Melrose hit free agency and I got mad at Portnoy for replacing me with Melrose. This dude is a nobody compared to who he’s being replaced with. HOWEVA…

People forget that there is no Kelly Clarkson without Justin Guarini. That Sideshow Bob looking son of a bitch was the voice of a generation. It’s fucked up that people have just thrown him to the side since American Idol. Now all he’s left to do is “star” in Dr. Pepper commercials 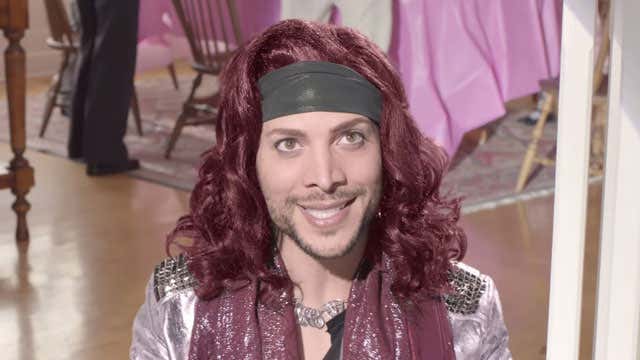 While that no talent hack Kelly Clarkson is belting out the anthem at Predators games. It’s bullshit. Truly one of the biggest farces in modern American history.

So the Predators roll out Kelly Clarkson without Justin Guarini and they end up losing their first game at home these playoffs. Coincidence? Think again, hombre. That’s just the Karma Gods working overtime. Now excuse me while I go spend the rest of the day watching “From Justin To Kelly”. Because while the rest of the world forgets about Justin Guarini, I’ll have his back until the end of time.