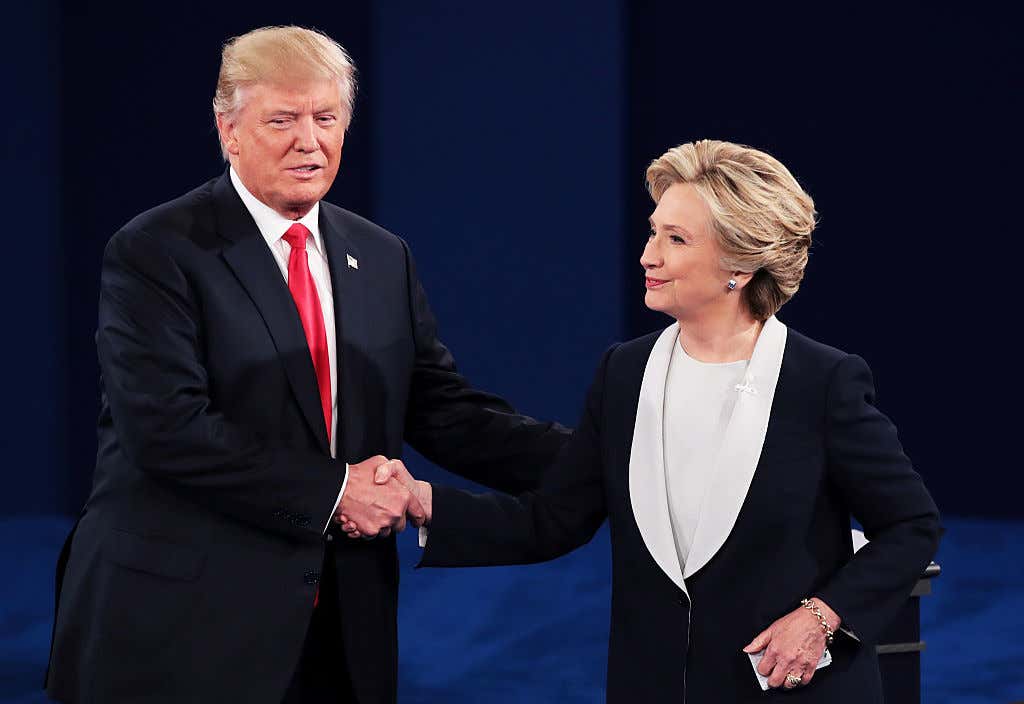 Donald Trump sent shockwaves through Washington, D.C. when he fired FBI Director James Comey on May 9th. This move was the highest profile shake-up since Trump assumed office, and perhaps his most controversial firing since he let go of Gary Busey in Celebrity Apprentice Season 6. The decision to fire Comey was allegedly based on a suggestion by Deputy Attorney General Rod Rosenstein — possibly an attempt to curry favor with Steve Bannon, who has been (((inexplicably disdainful))) of Rosenstein. Others have posited that the move was instead direct retaliation for the FBI’s ongoing investigation of Trump’s ties with Russia. One thing is for certain, the fact that Trump was willing to fire Comey suggests that Comey is not in possession of the pee tape.

Regardless of the reason for Comey’s firing, it is undeniable that he has had a rocky stretch as FBI Director. Internal morale is at an all-time low, with agents sick of playing second fiddle to the CIA who get all the best movies and the Secret Service who have a significantly larger budget for South American prostitutes. The agency has also been hit hard by budget cuts, and selling “Female Body Inspector” t-shirts three months a year in Seaside Heights and Ocean City has not been enough to make up the difference. White House spokesperson Sarah Huckabee Sanders (daughter of Mike, no relation to Colonel, much to Mike’s disappointment) cited sources within the FBI that the rank and file special agents had lost faith in Comey’s ability to lead the organization.

With Comey gone, it is now time for Trump to appoint a new FBI Director. D.C. is abuzz with speculation over who will step in to fill the role. Names like Chris Christie and Sheriff David Clarke have been floated, but having already appointed a fat guy and a black friend to his administration, neither choice seems likely. Bookmakers are even getting in on the action, offering a -500 line that the new appointee’s name will end in a vowel. However, as our political system becomes more divided than literally any point in our nation’s history, perhaps Trump could use this pick to show Democrats that he is willing to work across the aisle. And in these divided times, no name screams bipartisanship like Hillary Rodham Clinton.

Appointing Hillary to lead the FBI would show that Trump is serious about working with Democrats to get things done. Besides, who better to lead the FBI than someone who has been under FBI investigation. The best NFL coaches are the ones who have actually played in the NFL, and this is no different. Plus, Hillary understands the types of threats that the FBI faces on a daily basis. She knows that super predators aren’t just what happens when Mike Fisher goes on a hot streak. The move would not just be bipartisan, but also politically expedient for Trump. No one wants to put Hillary’s e-mail scandal behind them more than the Republican Party. For them, it has been a massive distraction that has prevented them from talking about the real issues that voters care about.

In a sense, this is the role that Hillary has been preparing for since last November’s election. The evasion and concealment techniques she has been perfecting in the woods of suburban New York will come in handy while serving as the nation’s chief detective. Not only is she ready for the job, but this position would be the perfect stepping stone for her inevitable 2020 campaign for President. Experience in a law enforcement role would help Hillary win over voters she was unable to capture in 2016 — namely “suburban moms who call the cops on Halloween because the wrong kinds of kids are trick-or-treating in her neighborhood” and “guys in Staten Island who have a cousin who’s a cop and trust me they gotta put up with some crazy shit.” Being able to sell herself as tough on crime will help get voters to “COINTELPRO to the polls” and vote for her in the Democratic primary.

After months of partisan infighting tearing our nation apart, it is time to take action that will allow us to come together once again. Appointing Hillary as the Director of the FBI will begin the healing process, and help get our nation back on track with our proud history of bipartisan efforts like the 3/5ths Compromise and Gulf of Tonkin Resolution. Now is the time for Hillary to step up to the plate, dust off J. Edgar Hoover’s old wardrobe, and get the FBI to work.