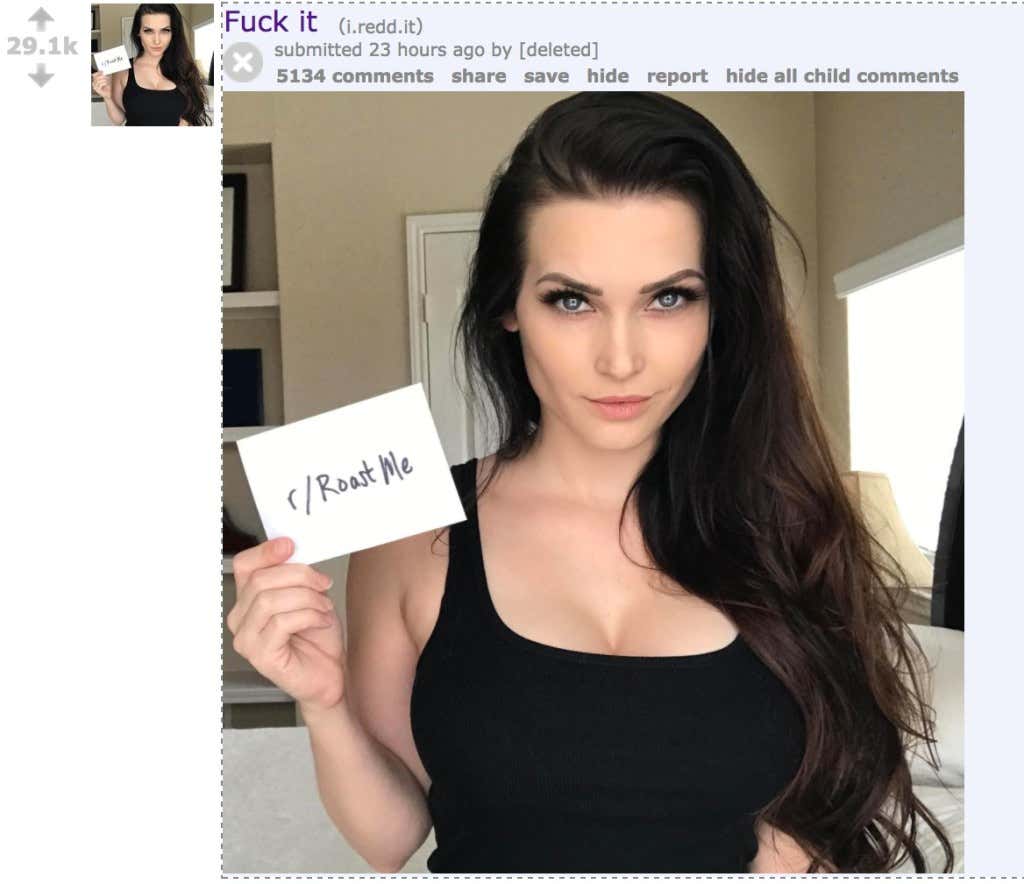 The girl in question who posted this humble request on Reddit for joke insults in their r/RoastMe subsection is Instagram model Niece Waidhofer:

Doesn’t really seem like the type that’d get teed off on by internet dweebs on Reddit, right? …not so much. Here are some of the more popular “roasts” she got. There are some quality burns:

And then some people who got the most upvotes did not necessarily go to the Jeffrey Ross school of roast joke writing:

^once an ex gets in the comments spraying emotional lead, shit is getting WAY too real. After the thread had been up for a few hours and she gamely tried to reply to some of the burns/psychoanalysis thrown her way, Niecey threw in the towel on her account: 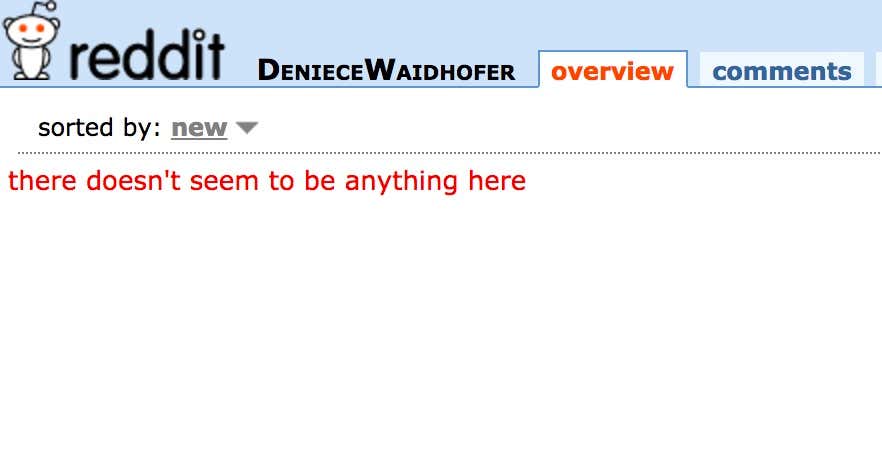 Now honestly if you go into a subreddit known for saying mean jokes, you’re getting what you ask for. And they’re probably not far off about the type of chick she is. But Jesus a lot of this goes wayyyyy over the lines of “roasting.” Roasts are supposed to be possibly hurtful things said with an air of comedy, making jokes ya know? And this, well this feels a lot of these seem more like angry dudes relishing a chance to tear down a hot chick like countless chicks have torn them down, either in real life or in their own heads. Did she have it coming? Maybe. But did these guys get wayyyyyy too into burning this chick at the stake and tearing at every fiber of her human being because they know she’d never listen to a word they would say otherwise? I’m going to say that’s a yes too. Lots of spite oozing out of ever post in this thread, here’s hoping she can get her self-esteem back one half-naked Instagram post at a time:

ROAST HER, ROAST HER WITHOUT ABANDON