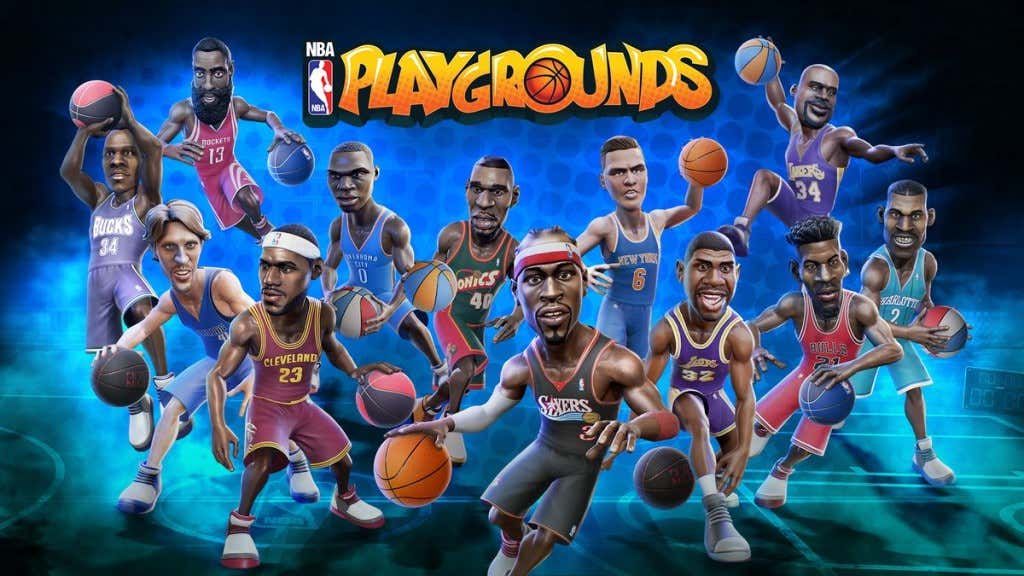 So NBA Playgrounds came out this week for PlayStation 4, XBox One, and the Switch. I bought it on the Switch so I could take it on my commute to Barstool HQ from Winterfell. The one downside to that is that the Switch doesn’t have online mode, but it should be coming soon. Then again, thousands of people are still likely waiting for those NES Classics to come soon and we know how that worked out.

Anyway, I felt like I had to do a review for this game just because of how excited people got for it. NBA Jam is a first ballot Hall of Famer in my mind. From the gameplay being timeless (I still play Jam on my SNES downstairs), to the codes (playing with a giant head or Bill Clinton was revolutionary once upon a time), to the announcer ( He Can’t Buy A Bucket still garners laughs in my group of friends). NBA Street Vol. 2 isn’t far behind as it is one of the last games I can remember falling in love with the first time I turned it on. Hearing “They Reminisce Over You” play immediately makes me think about bringing the fucking THUNDER with Dr. J and Larry Legend.

*Hearing and seeing that settled my soul*

In short, NBA Playgrounds is neither of those games. Maybe I shouldn’t have expected it to be, but I did just because of how they marketed the game and how it looked. The music is generic and gets old quickly. I’ve listened to the Jam and Street music more time than I’d like to admit but they never grinded on me. Playground’s music is already staler than a James Dolan fart.

One big selling point for the game was the roster. As you can see above you have a fair representation of the current crop of NBA players but a shit load of old school players. Sure some of the players are terrifying. 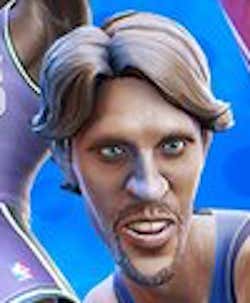 KP on the other hand looks sexy as fuckkkkkkkk. 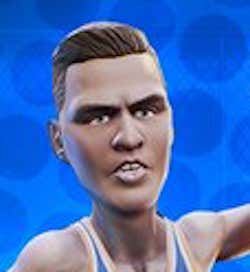 AI looks like an alien that was sent to this Earth to play basketball and party at TGI Fridays. 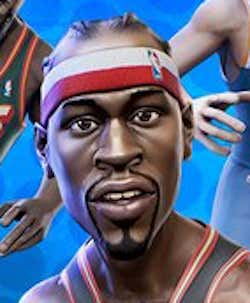 Is AI actually an alien that was sent to this Earth to play basketball and party at TGI Fridays?

John Stockton is not mad at you, he’s just disappointed. And based on his forehead, he also appears to have been wearing one of Peyton Manning’s helmets. 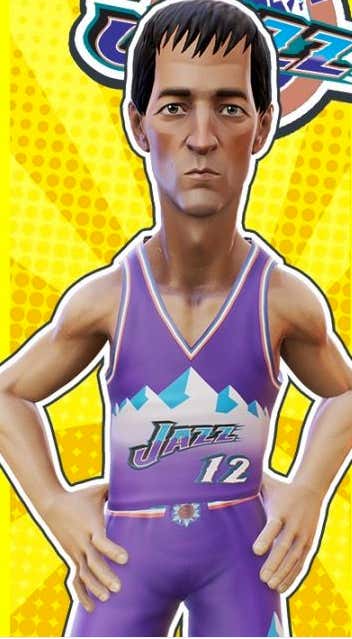 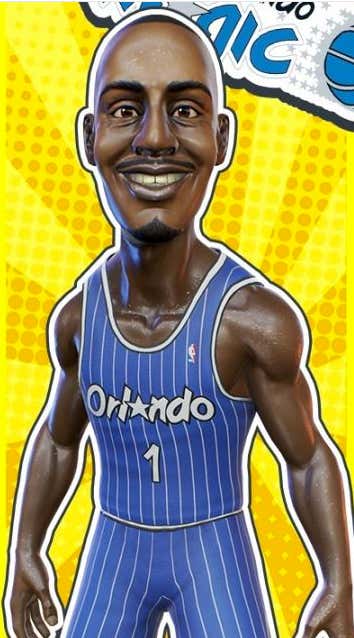 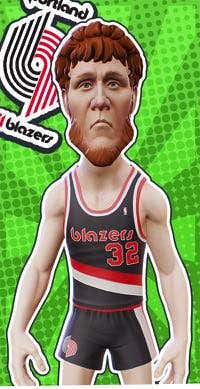 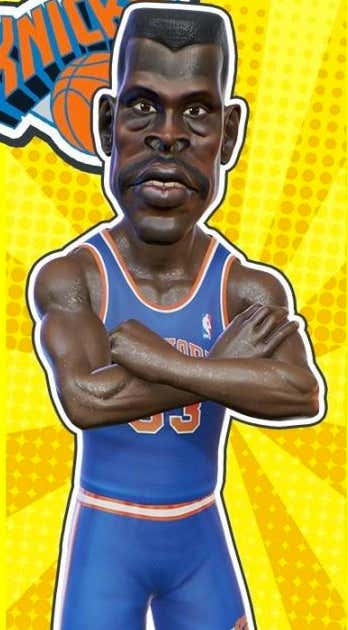 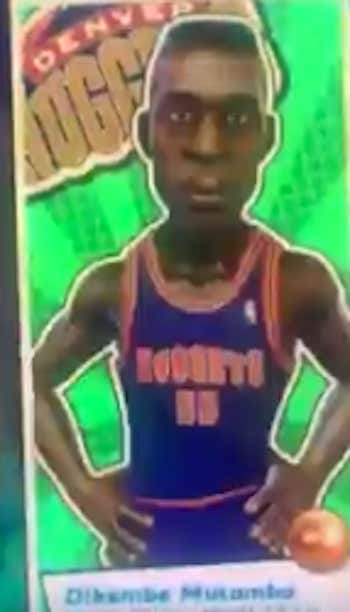 Now the problem with the roster is that you start with a pack of cards and those are all the players you get.

I blame the damn millennials for this even though it’s probably just old fashion corporate greed to to keep people playing and/or buying to get more packs and players they want. Considering I have blood feuds with a few teams, it’s hard to form a good squad when you refuse to use players like Tim Hardaway or Scottie Pippen because they ripped your team’s heart out in the 90s. Or as a Knicks fan I refuse to use Derrick Rose because it sucked watching him play when he wasn’t pulling a Matt Harvey and deciding to miss games. I think having two players from each team automatically unlocked would have been the way to go. But what do I know? I’m just the paying customer (and an old man that hates things like this and the Madden Ultimate Team).

Then again, I was addicted to cards growing up and I got the itch to keep getting new packs pretty quickly.

However you can get doubles of a person, which is reeeeeally frustrating. You get extra XP for the player you get a double of, which means about as much to me as Phil Jackson’s happiness.

– As for the gameplay, it’s alright I guess. I hate how releasing a shot at the perfect time gives you an extra point, but I suppose the more ways to make crazy endings in games could make it fun. The power ups are lame as fuck though. Here is a quick breakdown of them (via Prima)

2x in the Paint – With this power-up you will get a base of four points for any dunks made in the paint or any successful alley-oops.
2x 3-Pointer – Any three-pointer made while this bonus is active will net you a base of six points instead of the normal three.
Speed Boost – Gain a limited movement speed bonus to move faster up and down the court.
12” Timer – The opponent’s shot clock will run down faster.
Star Shot – Score from any starred location on the court to multiply the points of the shot.
Electric Ball – Your next shot cannot be blocked and will not miss if you shoot on your half of the court. You can still be pushed or the ball can be stolen before you shoot. Make sure you use this to shoot a three-pointer if at all possible.

Nothing really all that great. The Electric Ball is kinda like being on fire but it’s just one shot that automatically goes in and then it’s done. But it sucks compared to being On Fire in Jam or the Gamebreaker in Street. Unlimited Turbo is nice because it really runs out fast, which hurts the game in my opinion. And you get a rumble from your controller every time you are out of turbo which is extreeemely anoying.

– Games like this are built on the crazy dunks and there really aren’t all that many. Plus you have to release the shoot button at the right point to get the dunk in which is the most annoying thing I have experienced in video games since the infamous Hudson River level of Ninja Turtles for Nintendo. Shooting a 3 with Ray Allen is sooooo much easier in this game than dunking with Dominique Wilkins, which just seems wrong.

– I like Ian Eagle. I consider myself an Ian Eagle fan. But Ian Eagle is not the announcer you want for a pickup basketball video game. If the NBA Jam guy would cause too much confusion, is under contract, or out of your price range, you have to go with someone else that is fun. Give me Gus Johnson. Give me Kevin Harlan. Hell if you want to get crazy with it, slap an MA rating on the game and give me KG in Area 21 mode telling me that my team is a couple of bums.

– The tournaments are at random places across the globe, with less countries than the original Street Fighter II. Again really not all that exciting unless you are interested in meeting up with Donnie to watch Jimmer play in a Shahhhks games. 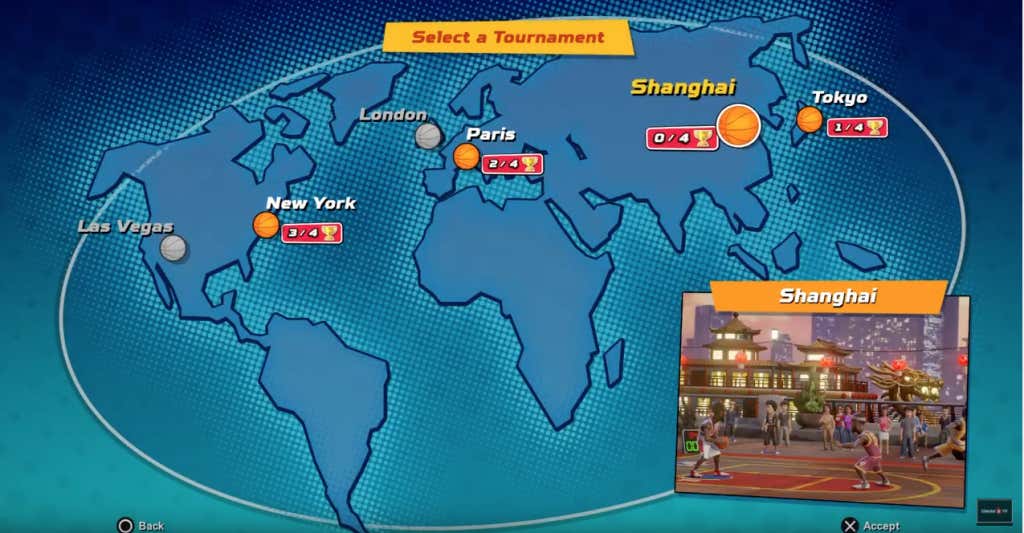 There is no real vibe or feel to them. NBA Jam you played a bunch of NBA teams. In Street you went to different parks and faced legends from there. Just like the rest of the game, it all seems half baked.

Not the worst basketball game I have ever played but certainly not even close to the best. Maybe online will make the game better. But NBA Playgrounds is clearly not a great game like we hoped it may be. I feel like the publishers knew that when they priced it at $20. That’s like three beers in New York. I would definitely trade in a few beers at happy hour to have the chance to team Kristaps Porzingis with Patrick Ewing while also hoping the online mode makes it more fun, since I don’t have a second controller. Because playing the computer gets real old, real fast. So despite the barely passing grade, I do recommend getting Playgrounds if you love the NBA and/or the old Jam/Street games because it’s cheap and kinda fun even though it could be sooooooo much better.

For more Barstool related video game coverage, make sure to follow @StoolGametime on Twitter and Barstool Sports on Twitch. as we slowly get into this video game stuff here.