Super viral picture from the weekend.  An unidentified man butt naked and mounted atop the shark he presumably just caught. 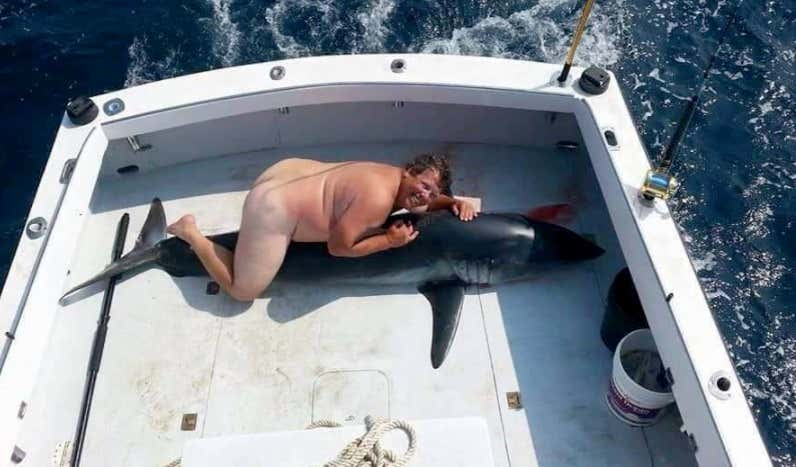 Didn’t take long for the internet to name the culprit.

None other than University of Florida head ball coach Jim McElwain.

Is it actually him?  Probably not.  He says no.

A spokesperson for the school’s athletics department said that McElwain, who became aware of the photo over the weekend, was not the man in it. “He’s told us it’s not him,” the spokesperson said. [Deadspin]

But I’m not convinced.

It’s a spitting image.  And I don’t think any of us would be surprised if Jim McElwain was a casual dead shark humper.  Not trying to slander the man.  Just think that’s Coach Jim, gun to head.

One thing we can all agree on.  Whoever it is – bad visual.