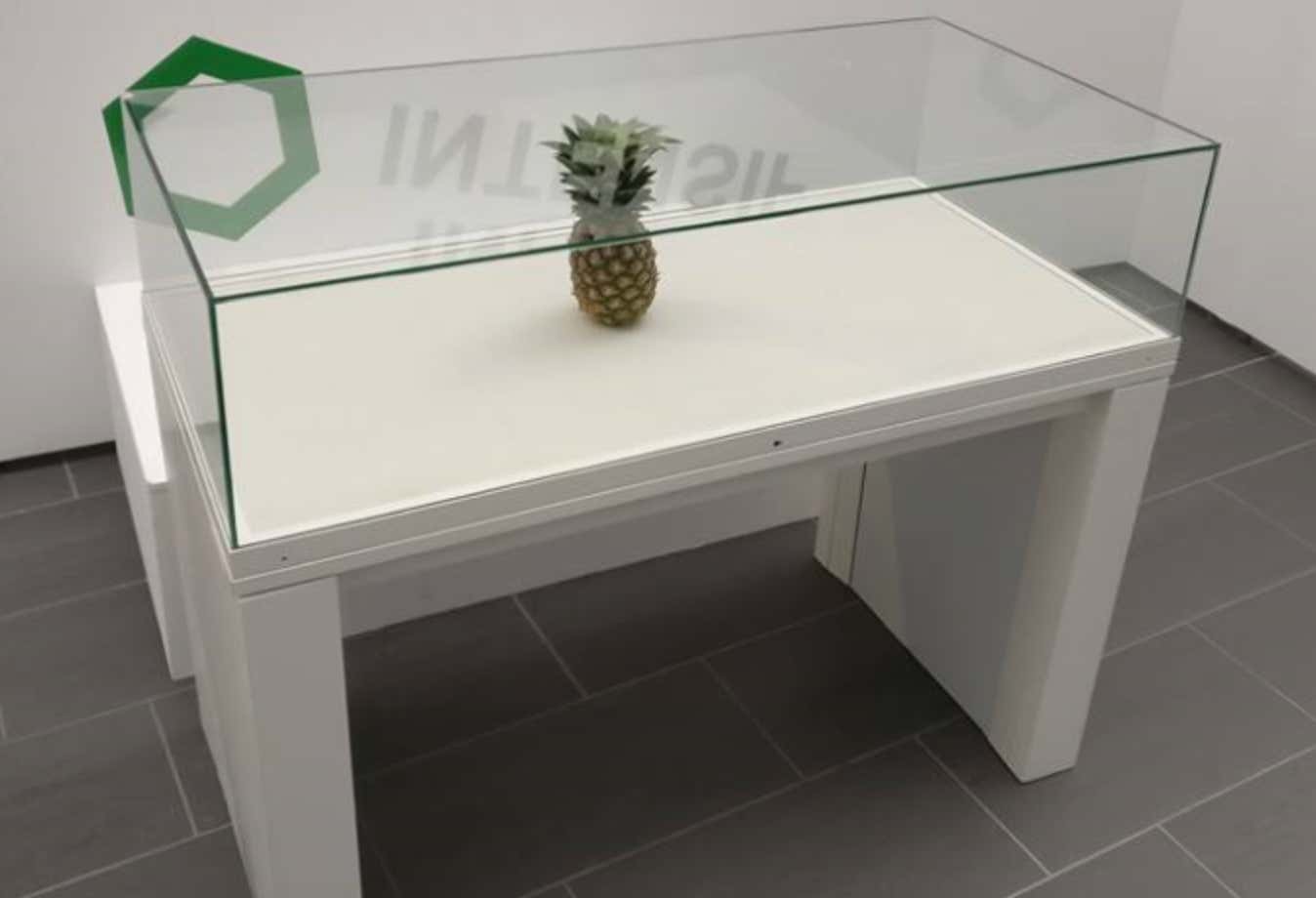 Independent- Students claim they managed to pass off a pineapple they bought for £1 at a supermarket as a work of art, after leaving it in the middle of an exhibition at their university, Ruairi Gray, a business information technology student at Robert Gordon University in Scotland, and his friend Lloyd Jack, reportedly left the fruit at the Look Again exhibition at RGU’s Sir Ian Wood building, hoping that it might be mistaken for art. When they returned four days later he found that the pineapple had been put inside its own glass display case at the event. Gray, 22, told the MailOnline: “I saw an empty art display stand and decided to see how long it would stay there for or if people would believe it was art. “I came in later and it had been put in a glass case – it’s the funniest thing that has happened all year. My honours supervisor saw it and asked an art lecturer if it was real because he could not believe it.”

Shut it down. Shut that art exhibit down and never let them open again. Also never let the “artists” paint another painting or sculpt another sculpture. Frauds. All of them. Everyone should be stripped of their artist license. We actually need to do this at every art exhibit across the world to find out which ones are real and which ones aren’t. Just place a random piece of fruit in the joint and see what happens. You can’t have somebody leave a pineapple at your art exhibit and have everyone assume it’s art if you’re a real art exhibit. You just can’t. I honestly bet they could auction that pineapple off for over $100,000. Easily. Art snobs are such pawns that they’ll believe anything is valuable. Art people will say, “Well the joke is on you because anything can be art” which is bullshit. That’s such a cop out. If everything is art then nothing is art. It’s just like if everyone has herpes then no one has herpes. There needs to be a clear line between what is art and what isn’t. Leaving a pineapple so a bunch of gullible frauds think it’s art is more artistic than the art in that exhibit. Fact.