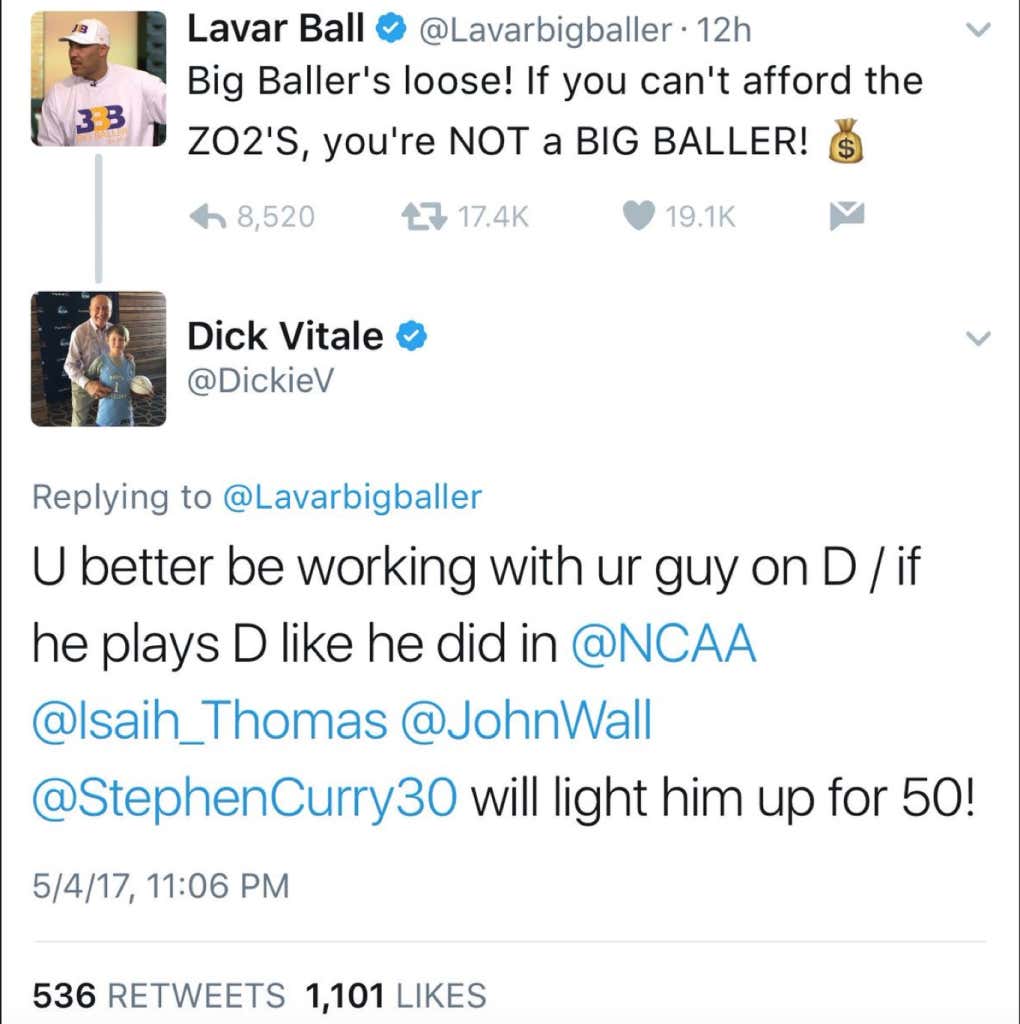 SHADE FROM DICKIE V.  The worst kind of shade – from a guy who I don’t think has ever thrown it before.  Certainly not on Twitter where he spends his time either raving about people or live tweeting Billy Joel and Barry Manilow and Lionel Ritchie concerts.   Shade from basically the nicest guy in college hoops.   To quote Black Dynamite Lavar, you done fucked up now.