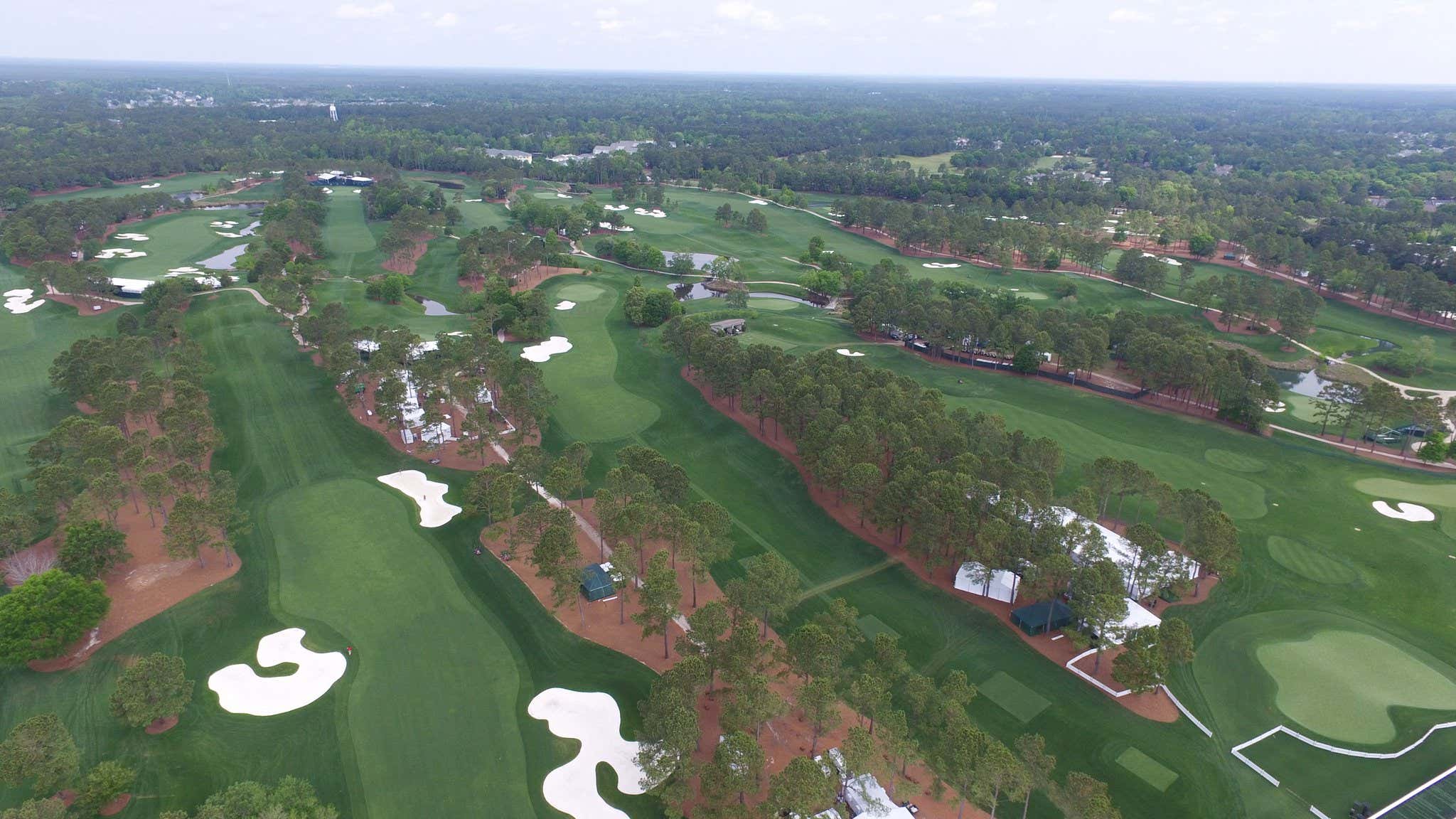 We’ll get into that later. For now, let’s talk a bit about the event.

The Wells Fargo is in a classic one-off situation venue-wise this year. With the PGA Championship coming to Quail Hollow in August, the typical home of this event, we’ve moved about 4 hours towards the coast to Wilmington, North Carolina. Eagle Point Golf Club is the track.

James Hahn is the defending champ. Rory McIlroy (2010) and Rickie Fowler (2012) both notched their first TOUR wins here. Honestly, I don’t give a shit about any of that. The history is moot when we swap venues.

New track, fresh start, throw it all out.

Eagle Point is a 7,259-yard Tom Fazio design. Webb Simpson, a North Carolina native, belongs to Eagle Point and estimates he’s played about 150 rounds there. He had this to say:

“It honestly has a touch of Augusta National to it. It’s as green as Augusta, the sand is white. [Tom Fazio, who designed Eagle Point, also has renovated Augusta National.] You have pine trees and all that. It’s hillier than you would think for a course down there on the flat coast. If I were to characterize the club as a whole, it’s a golf club.” 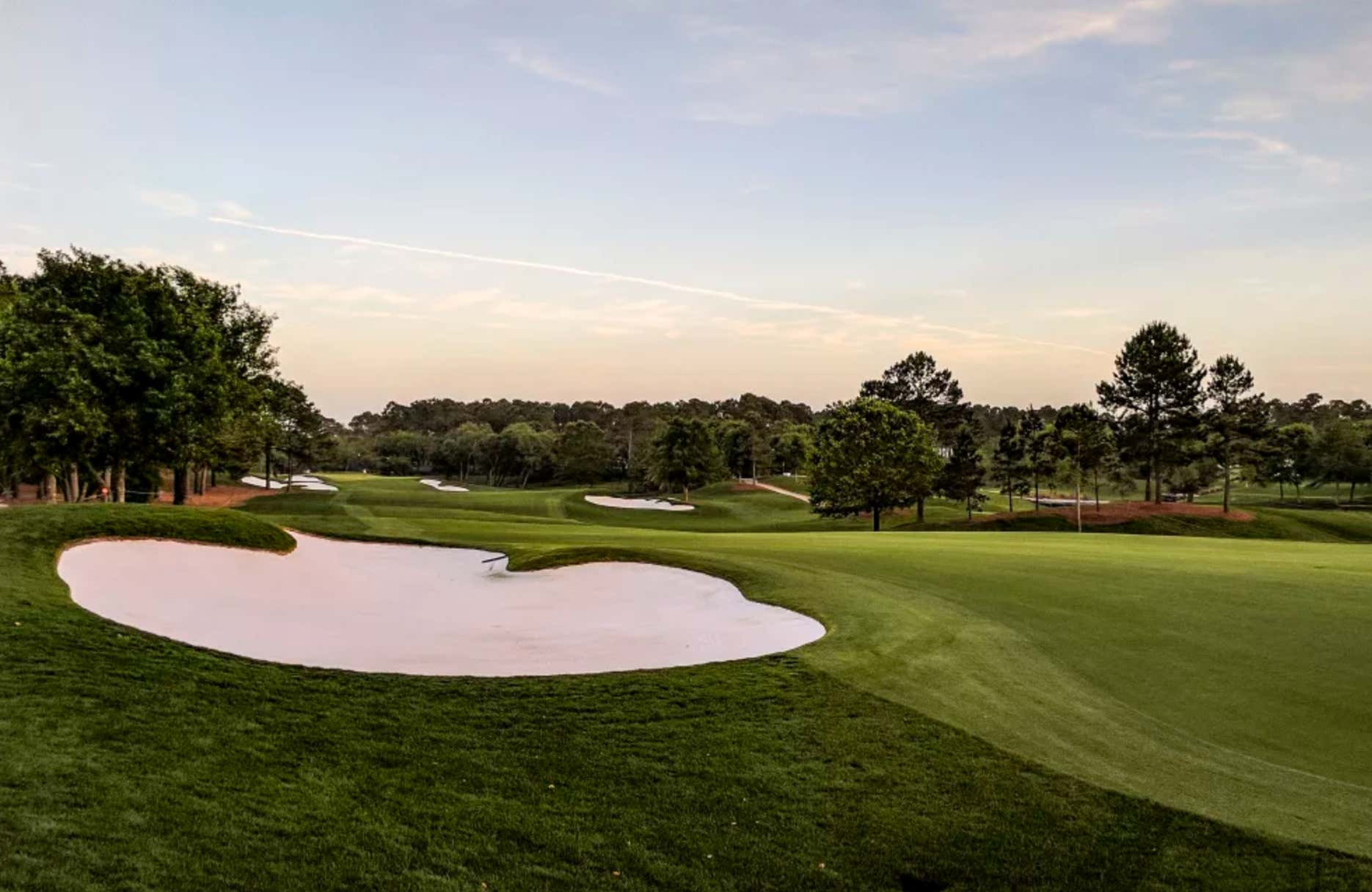 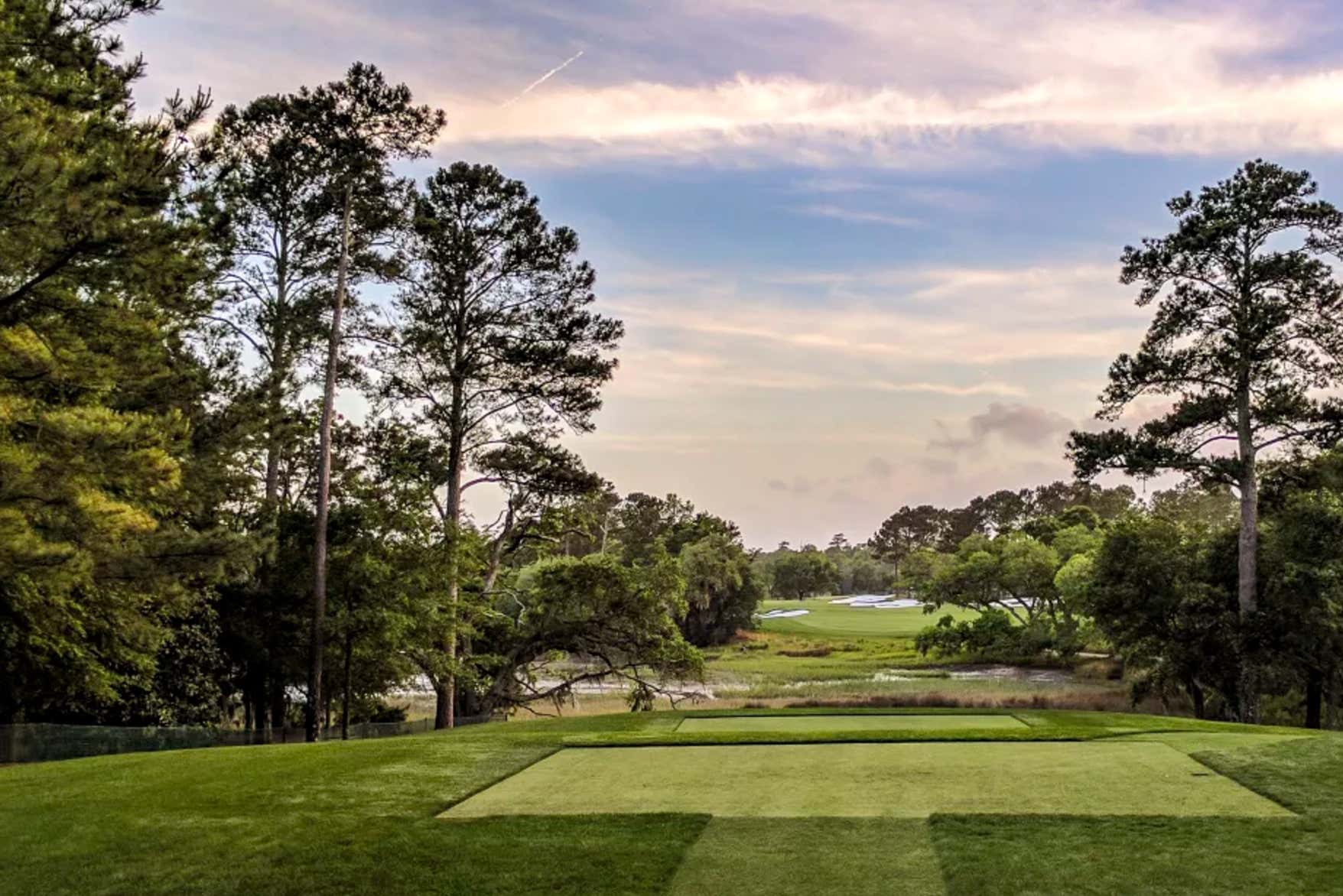 Saw this tee shot view in my research and wanted to share it. 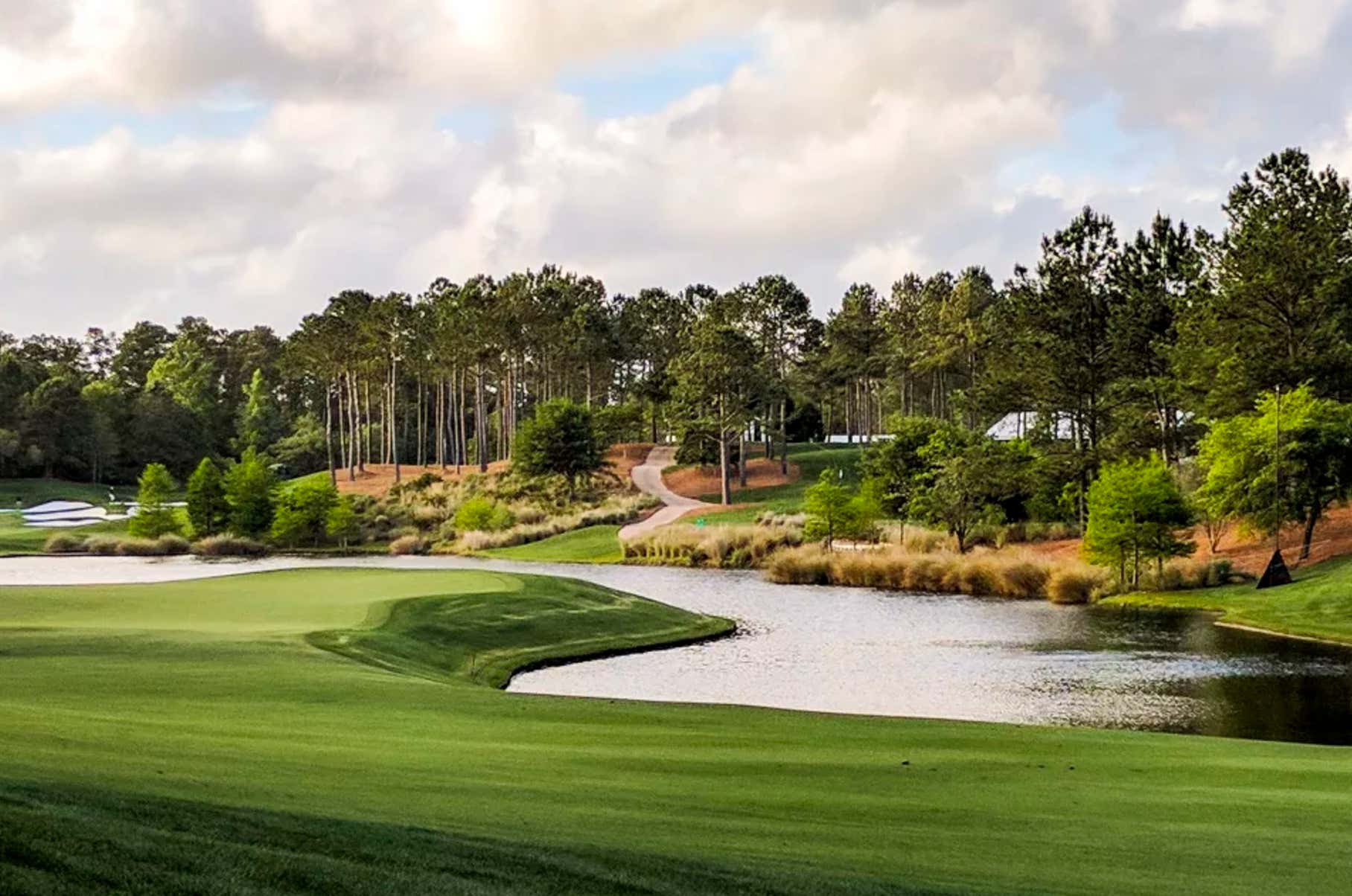 Risk/reward par 5 early on in the back nine. That water right can be lethal, but with a good tee shot most guys will have just a long-iron in here. 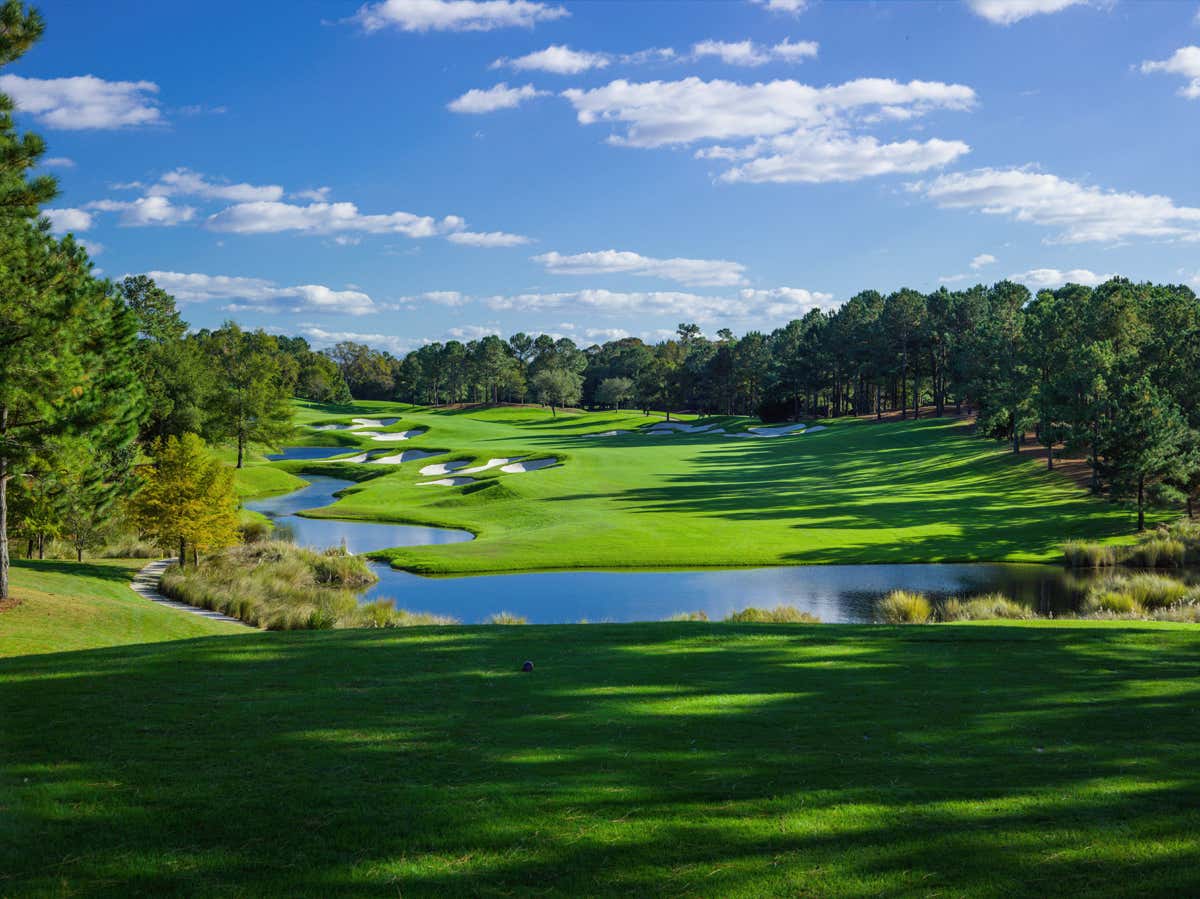 Signature hole. Webb loves it: “No. 17 is probably the most beautiful hole there from the tee box. There’s a beautiful creek running up the left side. The tee is really elevated. You go down a little bit to the fairway, there’s some fairway bunkers and then the green is elevated.” 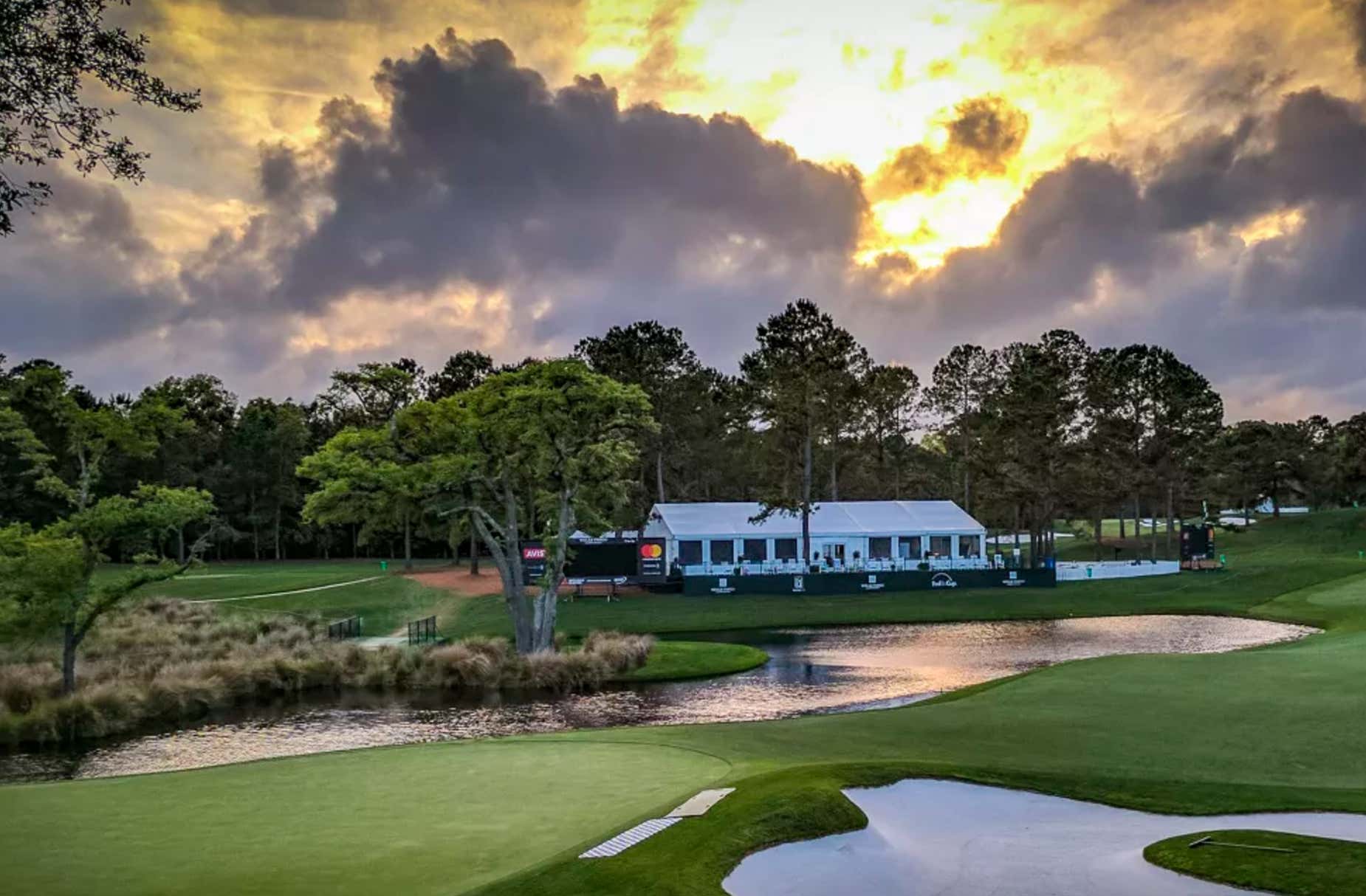 Any closing par-5 like this is going to get my attention. This one typically plays into the wind, so at 580 it’s no guaranteed reach. With guys needing birdies to better position themselves late in the day Sunday, there’ll be plenty of hot action here. 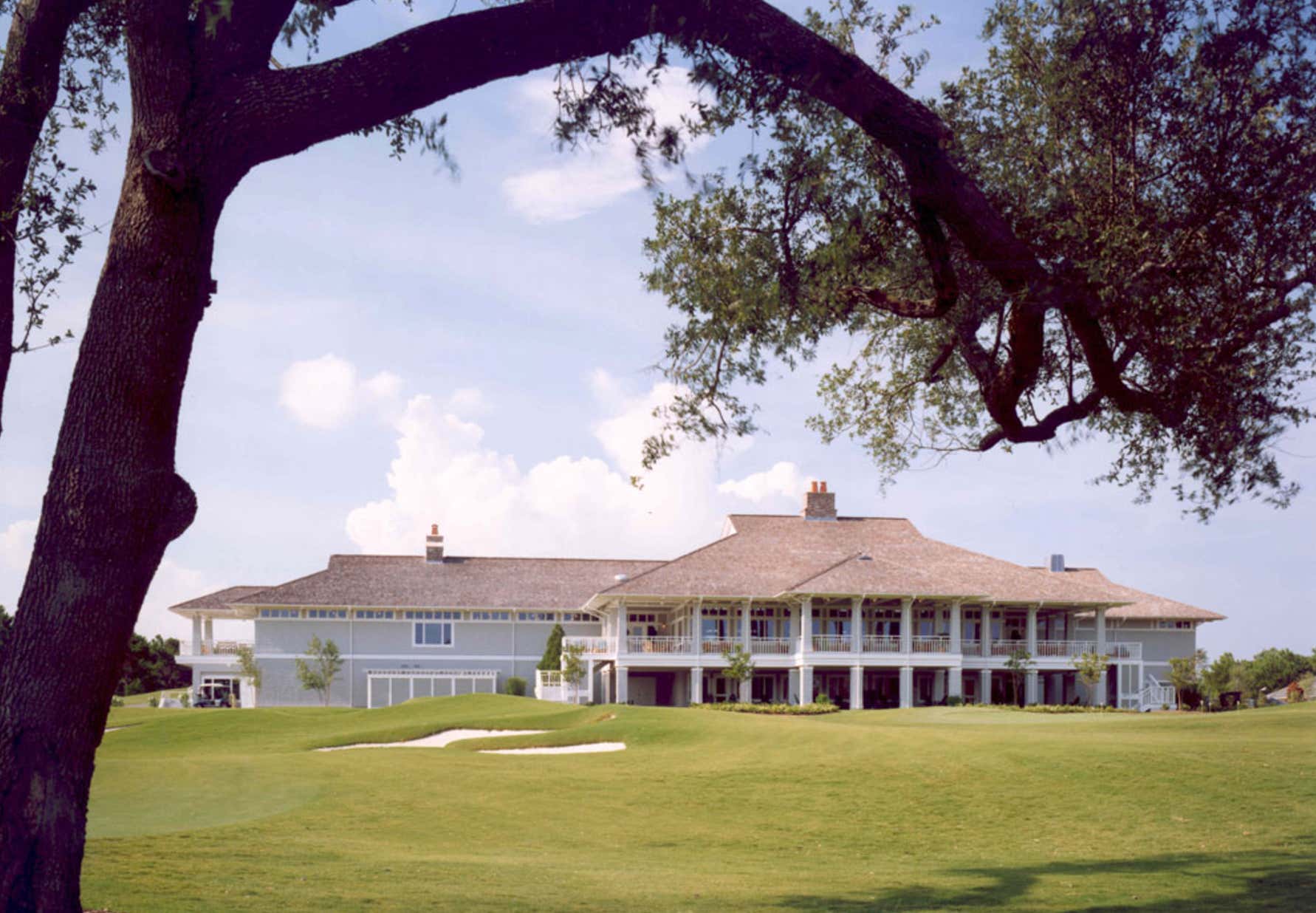 Kinda looks like something folks would call a plantation. Interesting. 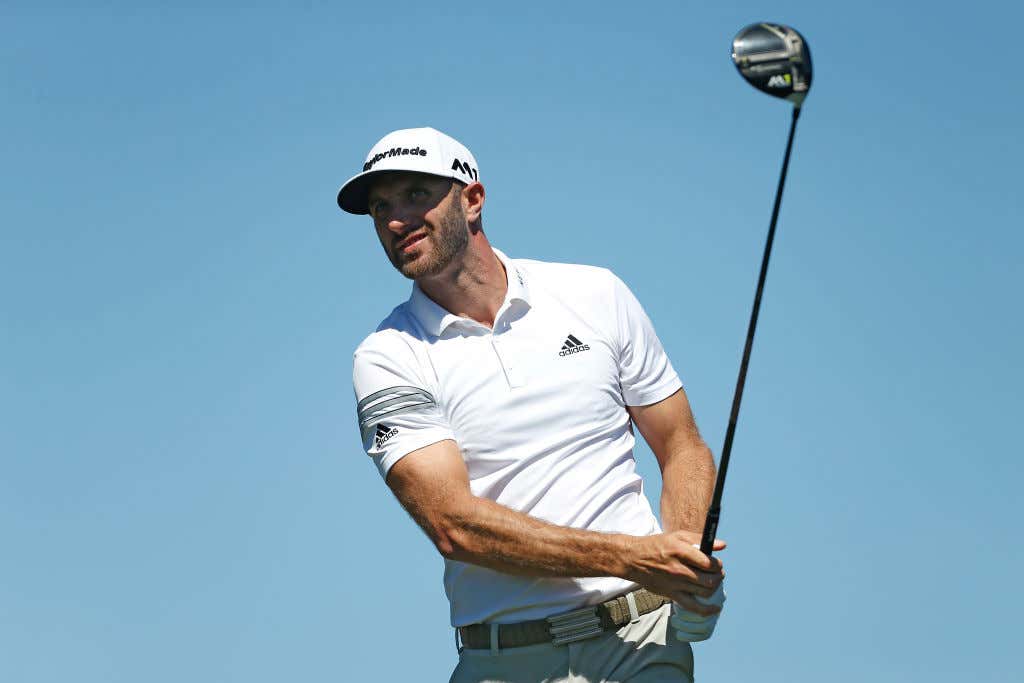 DJ is back. It’s his first start since “falling down the stairs” at Augusta. How’s his back? Was it even his back? Is he still way better than everybody else at golf? He’s won his last 3 starts, but there’s a cloud of uncertainty and it’s a new venue. Not sure what to expect from the world no. 1.

Webb Simpson can say it’s like Augusta all he wants. I’ve been to Augusta; nothing’s like Augusta. It’s a Fazio so it won’t be a cake walk, but I think 16-under gets it done.

Back this. Stairs that. Conspiracy this. Concern that. Dustin Johnson is the best player in the world, he’s won 3 in a row, he’s the favorite for a reason. DJ in Wilmington.

Biggest Fore Play yet this week. We had perhaps the most legendary dude I’ll ever meet, George Brett, who won the 1987 Pebble Beach Pro Am with Freddie Couples. We checked in with Willy Wilcox after a T14 finish at the Zurich, discussed how the PGA TOUR yelled at us, detailed what Bayonne Golf Club was like, and much, much more.

Enjoy the weekend folks. Last event before The Players, then we really hit that summer stretch.