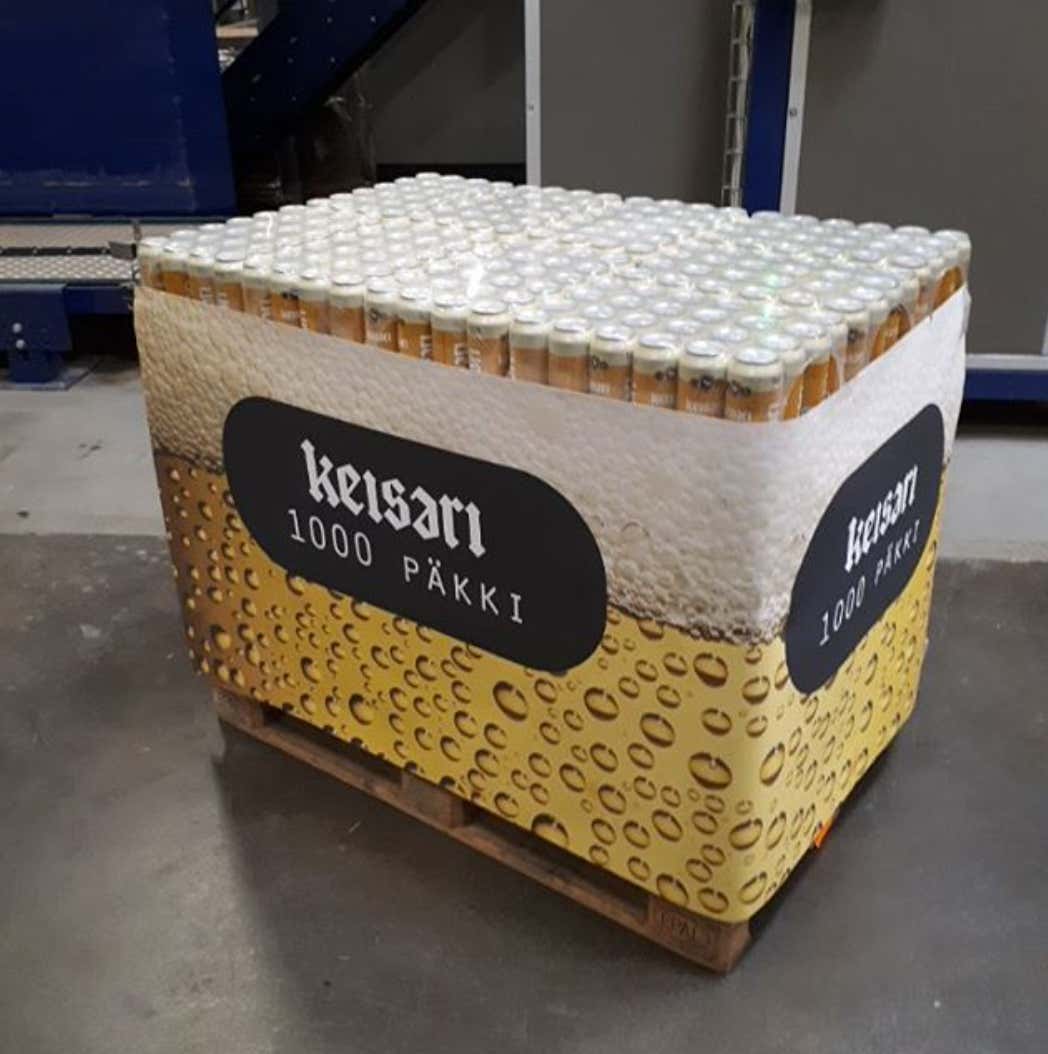 GS- It was only a matter of time: 1,000-packs of beer have finally arrived. Bad news is they aren’t eligible for Amazon Prime Now just yet, so you’ll need to figure out how to get them home. Also, they’re only for sale in Finland. Even still, this is an impressive gimmick: The inspiration is partly to show up a rival beer maker. The massive packs of Keisari, which is brewed by Nokian Panimo are said to be a “spontaneous joke” in response to some (now fairly weak-seeming) 100-packs of beer from Karjala there were introduced last month. That said, the availability of these packs is “not a joke,” per Finnish media, and several K-supermarket stores around the country started selling the giant “1,000-päkki” of cans this weekend.