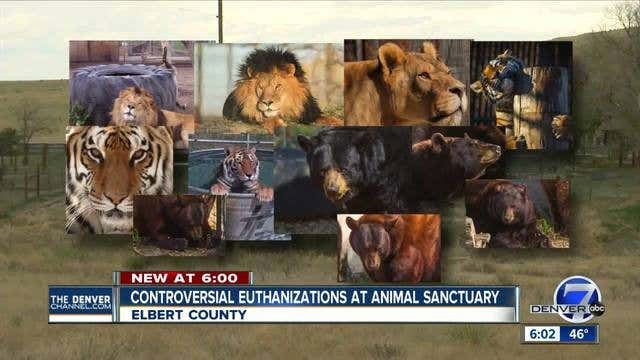 Fox News- The owners of an animal sanctuary in Colorado that recently euthanized all of its animals claim they were forced to do so by the government. Owners of the Lion’s Gate Sanctuary said they had to humanely euthanize three lions, three tigers and five bears in April after the Elbert County Board of Commissioners denied their request to move to a new location. Dr. Joan Laub and her partner Peter Winney wanted to build a sanctuary on a 45-acre property near Elizabeth instead, according to The Coloradoan. The original property had endured multiple floods and according to co-owner Laub, they felt they had “no other option” to protect the animals if they wouldn’t be allowed to move the sanctuary.

But the Keenesburg Wild Animal Sanctuary had “publicly offered to care for the animals at their facility if Lion’s Gate was unable to do so,” according to a statement released by three county commissioners. The commissioners also said that they were promised the sanctuary would continue its operations as normal, regardless of the county’s ultimate ruling. “Given these facts, the news that Lion’s Gate euthanized all 11 animals at the same time and so shortly after the decision to deny the move comes as a shock,” they said. But the owners of Lion’s Gate have fought back and argued that they did not receive a fair hearing.

“Due process was not achieved at this hearing,” they said in their own statement obtained by KCNC. “The Elbert County Commissioners did not take our application or the plight of our animals seriously. They did not take the safety of Elbert County residents seriously. We told them it was no longer safe to keep the animals at that location and we needed to move.”

First lets look up the definition of sanctuary:

Now lets look up the defintion of kill: 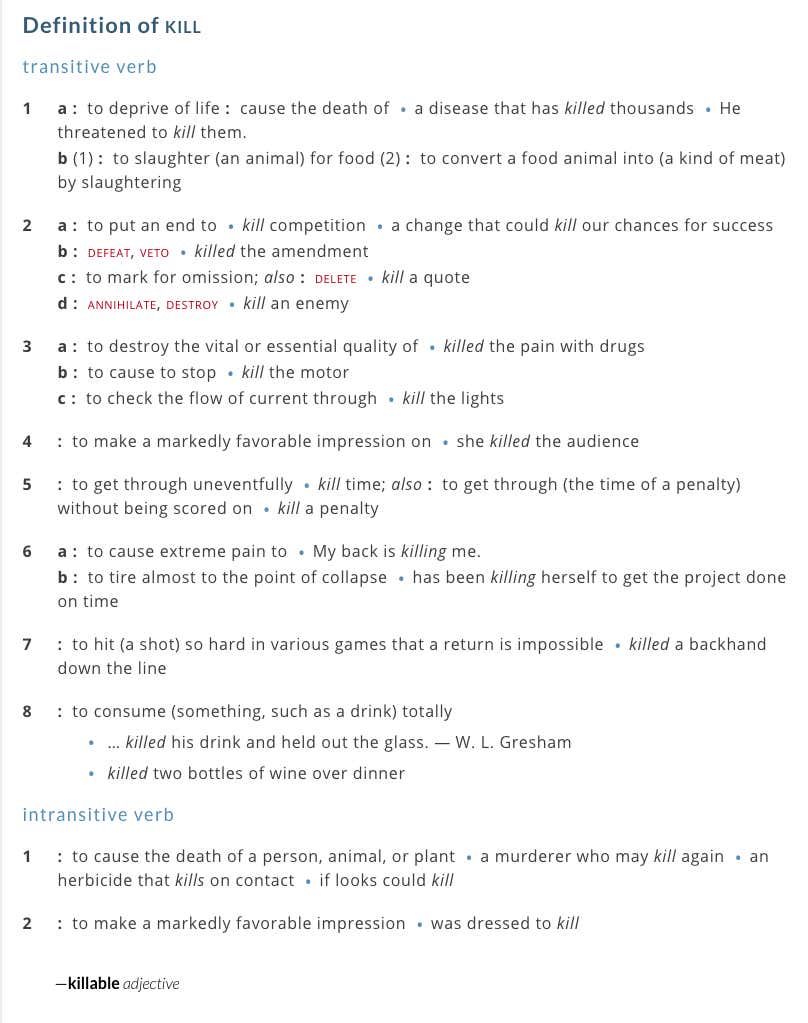 To the people in charge of Lion’s Gate Animal Sanctuary:

I’m sure we can do the He Said, She Said bullshit between the government and Lion’s Gate. But I don’t think there is any way you can convince me that murdering 11 innocent animals was the only way you could solve the problem of these animals needing a new place to live. It’s like when a kid doesn’t get a piece of candy and starts holding his breath until he passes out. Absolutely no winners in that situation. I’m sure being at a sanctuary that endures multiple floods is very bad for the animals. But you know what’s worse for the animals? Getting fucking MURDERED.

And the worst part about this is that another sanctuary offered to take the animals in and do sanctuary things with them (read: Keep them alive). You also can’t one minute say you are going to keep the animals alive regardless of if you will be allowed to move and then start butchering those majestic creatures because you didn’t get your way. If you want to kill any of those 11 animals when there are perfectly good alternatives, you should have to fight them mano-a-animalo, no weapons allowed. If you are able to take down a lion Darwin-style, then you earned that body. But killing these animals when they had other perfectly good homes is a cowardly as it gets. Fuck you Lion’s Gate. I hope the hippies in Denver throw the book at your ass.