For context, Hillary made a public appearance yesterday and said she would be President if FBI Director James Comey hadn’t sent a letter reopening the investigation into her emails. Naturally, Donnie couldn’t let such a claim slide.

At this point, I think Trump just has to keep hammering Hillary. Yes at first it was frustrating and you just wanted to grab him and be like “DUDE YOU WON YOU WON YOU WON GET OVER IT” but now I like that he responds to every single thing anyone says about the election ever. I especially like it when he constantly kicks Hillary while she’s down. Constantly rants and raves (tweets) about the election that he won six months ago. He’s the most obnoxious winner on the planet and it makes me laugh every time. Dude even does his “White House tour surprises” right smack dab in front of her portrait. 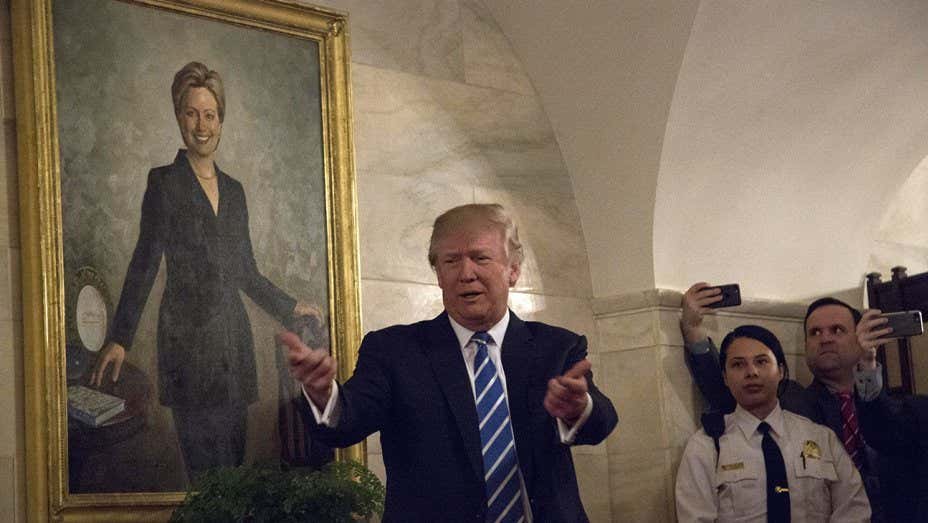 I think he should give a speech a day just gloating about beating Hillary Clinton in the election. Talking about how great he was. Saying “Perhaps Trump just ran a great campaign?” over and over and over again.

PS — “Phony Trump/Russia story” he says. Interesting. Every intelligence agency we have has confirmed it as a near certainty that Russia meddled in our election with the intention of helping Trump win.

PPS — This whole thing’s got me thinking about how great election 2020 is going to be. We get a whole new round of demeaning nicknames. New candidates for Donnie to attack. More rounds of debates for him to drop OUTRAGEOUSLY funny insults. Anticipation is already killing me.