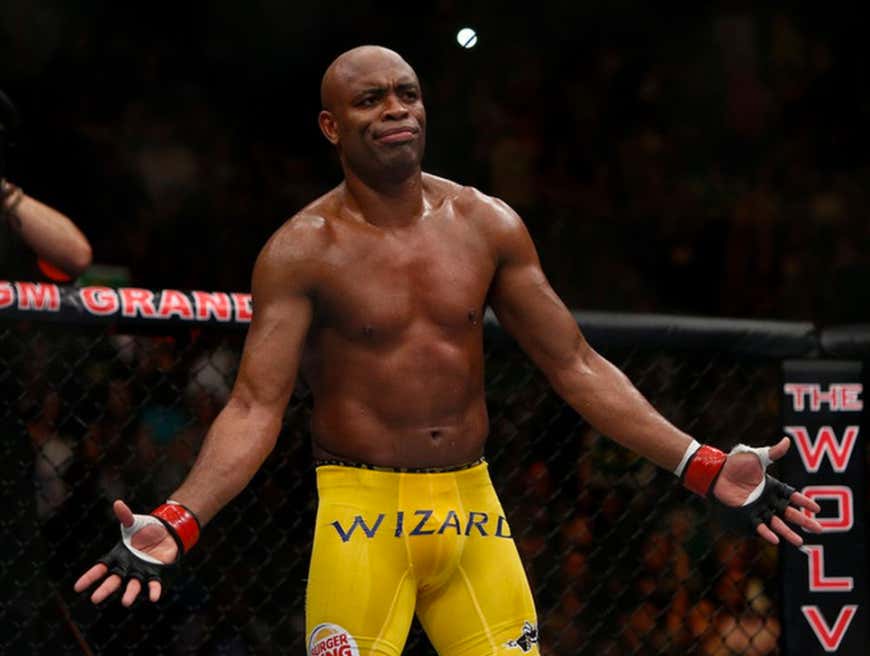 Another day, another fighter is pissed off at the UFC. This time, it’s Anderson “The Spider” Silva, former UFC Middleweight Champion, who I declared my mortal enemy years ago. He’s lost his mind from just about any angle you look at it. I’ll go over a couple:

1. Anderson, you’re 42 years old. You are 1-4-1 in your last 6 fights, and the one win was a pretty controversial decision. I know the majority of fans love you and call you the GOAT and a legend and all that, but threatening to retire, at this point in your career? Come on now. Nothing changes if you retire, annnnd I mean nothing.

2. Why the fuck is Anderson Silva calling out Yoel Romero?! Does he WANT to retire?! I know the MMA hardos are going to come out of the woodwork and say “BECAUSE HE’S THE GOAT! HAVE SOME RESPECT YOU LITTLE PIECE OF SHIT” but really, nobody wants to fight Yoel, and the rest of the division is actively avoiding him. He rips heads off bodies. He knocks men into other dimensions. He doesn’t like gay Jesus. Be realistic Spider.

3. Maaaaaybe everyone’s main complaint about the UFC in 2017 is the amount of “paper belts” aka interim titles. Why is Silva rallying for one? Is it the “guaranteed title shot” aspect? If that’s the case, he’s even more of a headcase. His only claim for a title shot is if he argues that he “knocked Michael Bisping out” and then Bisping went on to win the UFC Middleweight Championship in his next fight.

I’ll agree that Silva should have an opponent for his fight on June 3rd. I will agree with that. But if he retires, I won’t give a fuck. Bon Voyage. See ya later.