I would usually despise someone for pulling this move for a few reasons. First and most importantly, it makes schlubs like me look bad. My wife gets a card, a gift, a meal of her choice, and if lucky some balloons on her birthday. All things considered, not too shabby. But to have a guy pull a stunt like this makes things tougher since all girls are secretly in competition with each other, even against girls they’ve never met. Second of all, the guy in this video is Logic the rapper. Clearly based on this one minute video and common sense, his life is better than mine. Third of all, he clearly got laid that night and that makes me jealous. If your wife gives someone a look like this for something you did, you are getting laid no doubt. 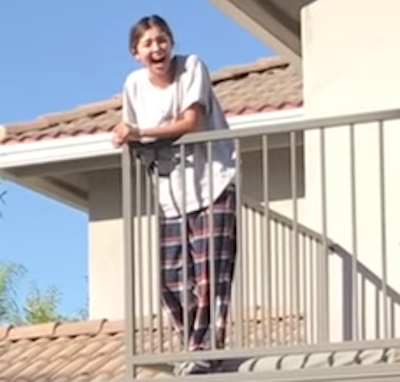 HOWEVER, despite those three very big factors I love this video. You know why? Because the Curb song is undefeated. It always makes you happy while smiling inside and out as you think about all those hijinks Larry David got himself into. The carpool episode. The weatherman episode. Everything with Leon and Funkhauser and everyone else. The Mets should just play the Curb song whenever they announce another key member of the team is out for a prolonged period of time. Yeah the news would still sting, but the Curb song would definitely soften the blow since being a Mets fan is basically the same as being Larry David in Curb.