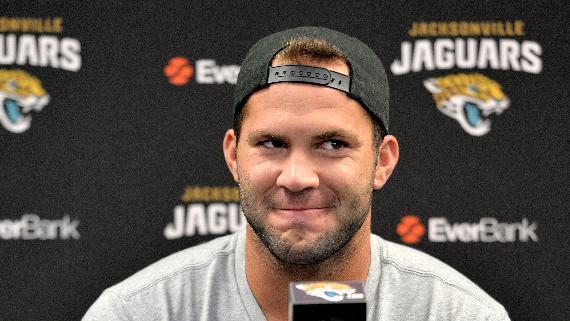 Well, picking up the option, which is only guaranteed for injury, really has no downside for the Jaguars. Blake is a pretty healthy dude and isn’t a large injury risk. Besides that, the Jaguars have and will have plenty of cap space to absorb that money. Cap isn’t an issue. The Jaguars still have 50 million in cap space and will gain more as the cap grows next year. No worries. If Blake is good, they’ll have him for another year. If he’s bad, they won’t. Pretty simple decision.

Be good, though. That would be awesome.