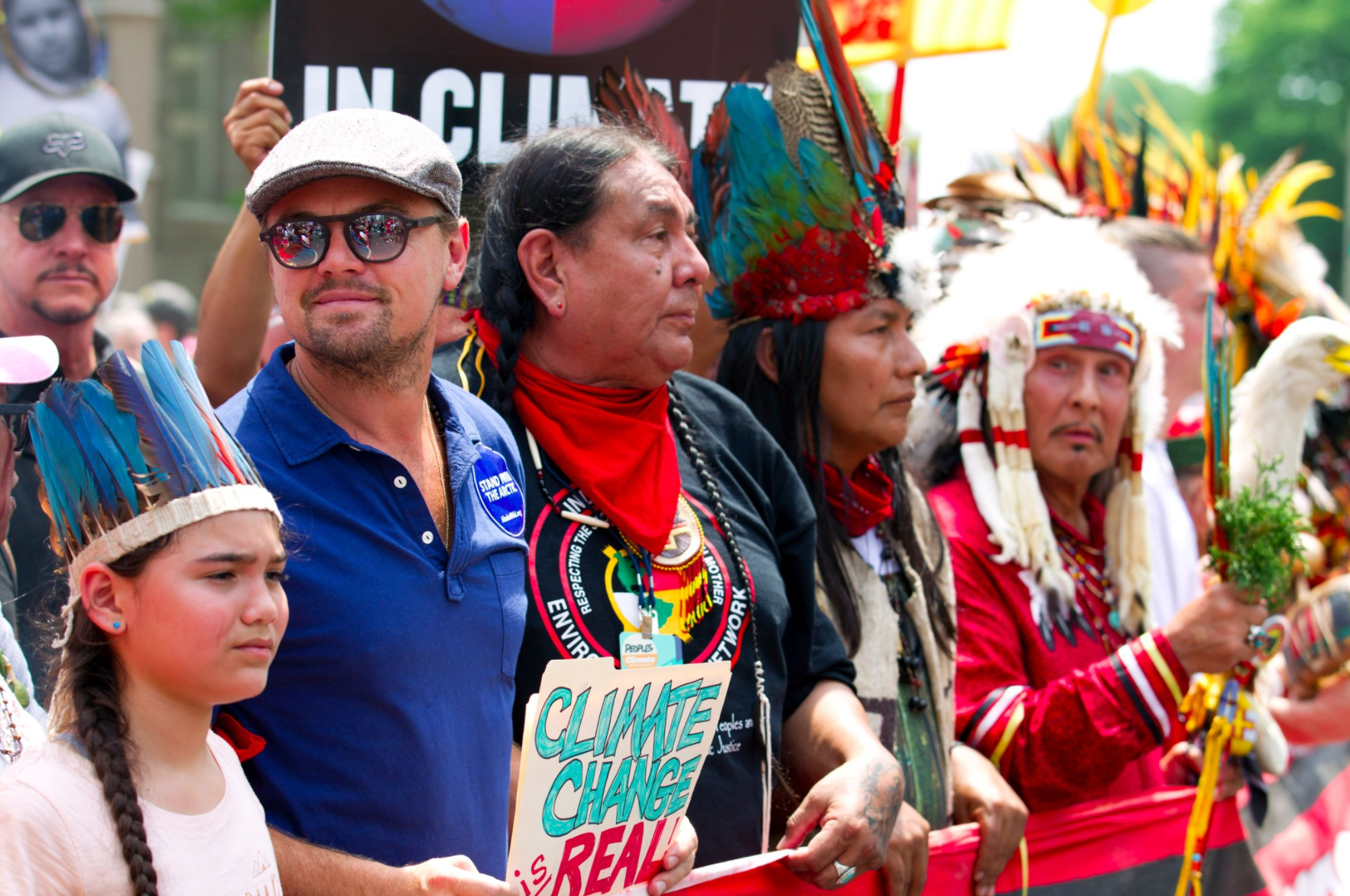 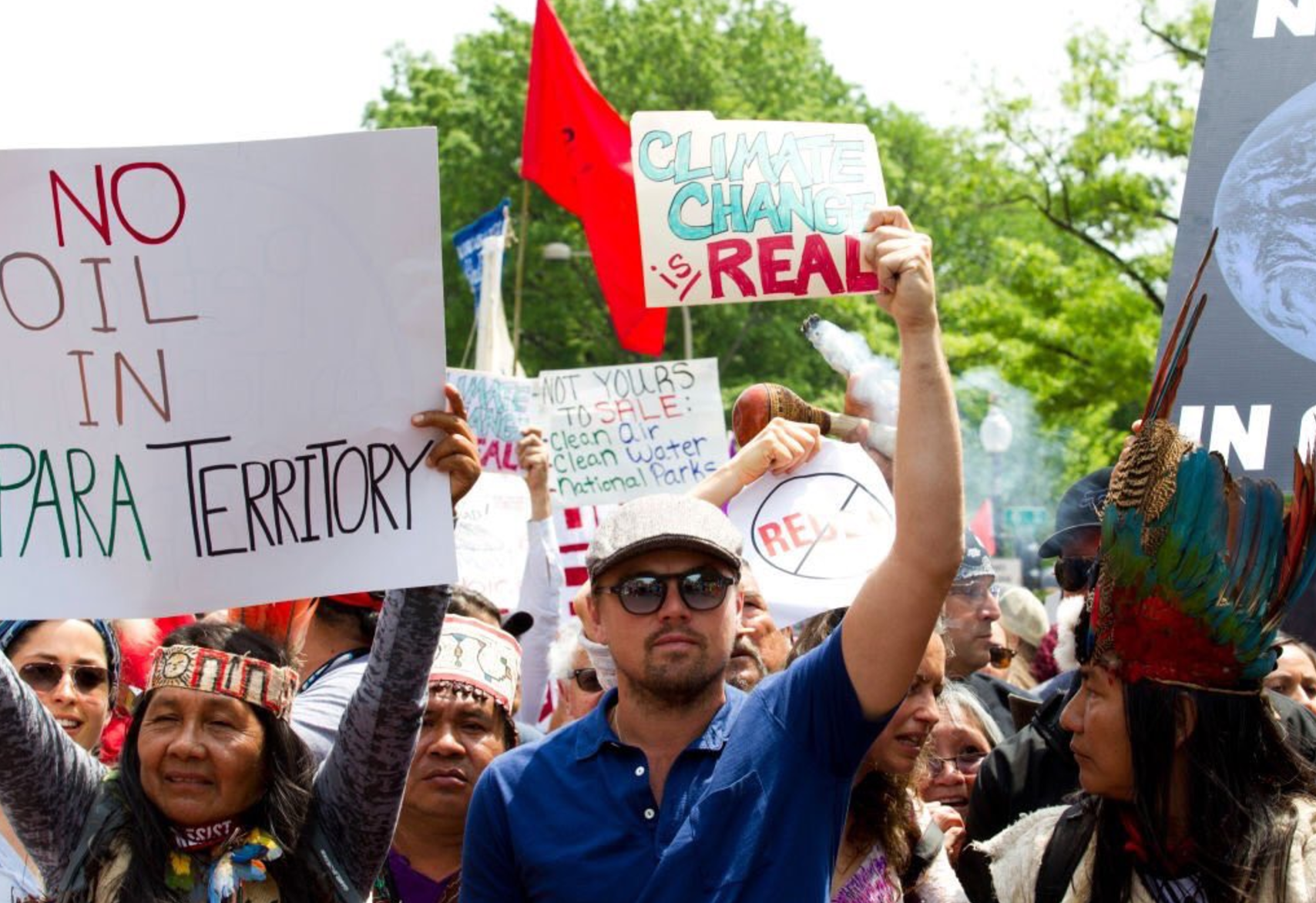 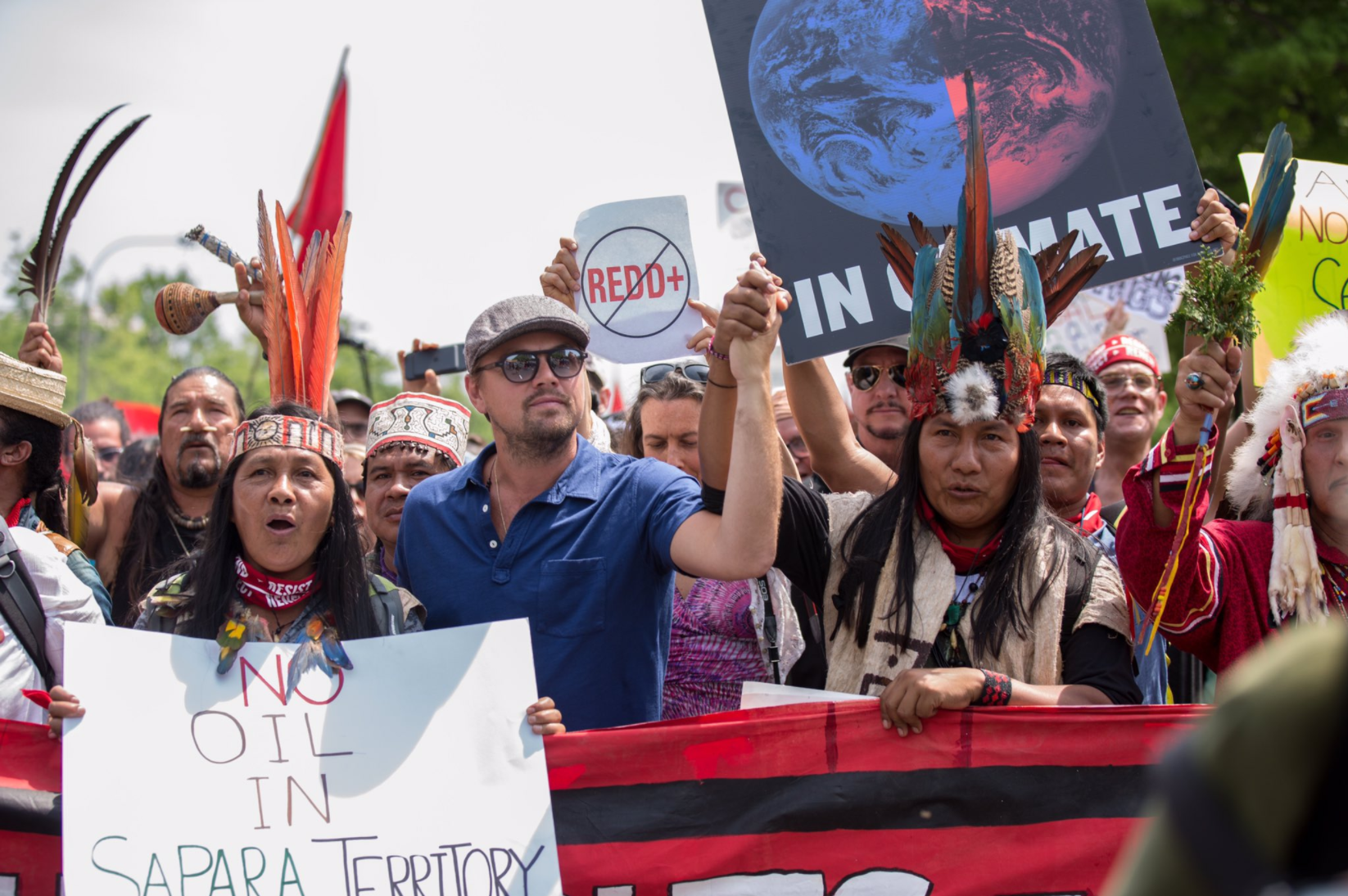 Have to blog this because the “OMG PRIVATE JET THO!” crowd loses their minds when Leo does this shit. They go crazy. I can feel their aneurysms from here as they soak in this footage. Leo The Great flying his movie star ass in on a gas-guzzling G6, holding climate justice signs with some indian chiefs for a few hours, banging a handful of supermodels, then jetting out the next morning. His experience stands in such beautiful contrast to that of everyone else’s.

I mean, look at him smirking in everyone else’s miserable faces here. 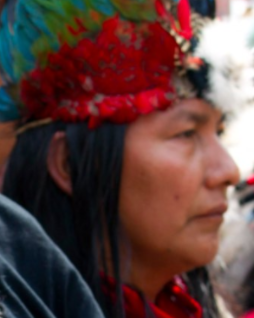 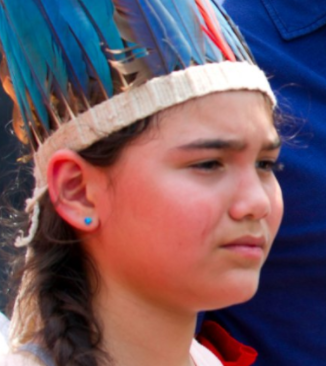 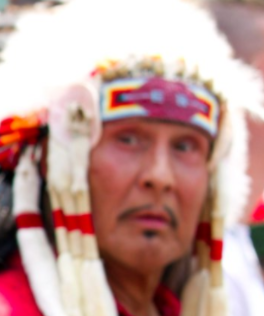 Not miserable or perplexed: 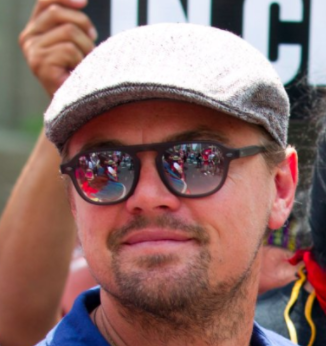 Sums it up perfectly. We also had internet founder and CEO Al Gore out there ripping it up.

Electric. Richard Branson too. What a party there was in DC last night.