This 20 second clip has everything you could ever ask for. It’s got all 10 skaters below the hash marks. You’ve got Fleury flailing around like a flounder. You have Ovi going sans buckie. Bodies flying around everywhere and finally, Fleury makes a few huge saves at the end to keep the 3-2 lead and get the 1-0 series lead. Imagine if last night was the first hockey game you ever watched and you tuned in to see this.

This shot alone is the epitome of playoff hockey. 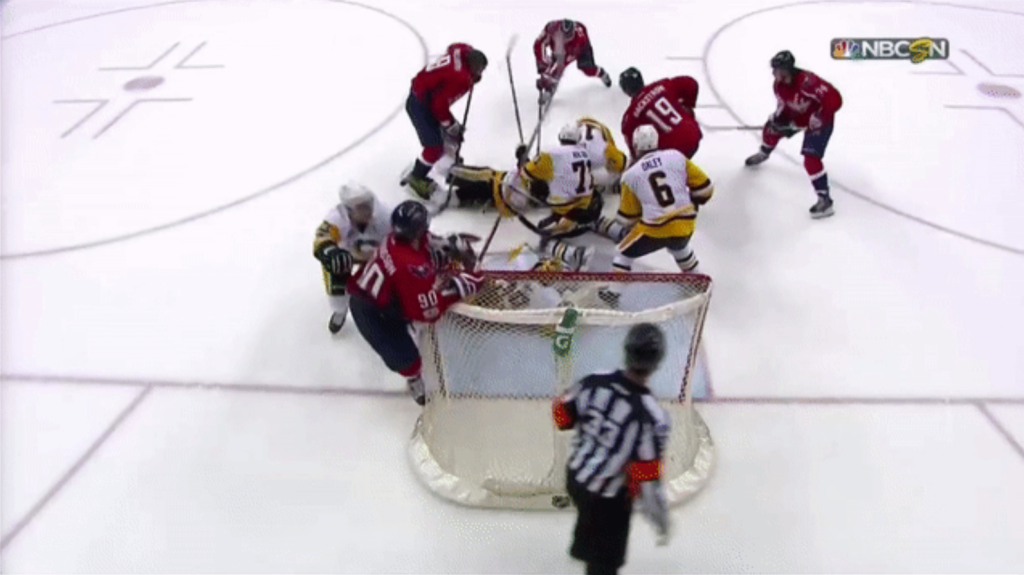 Hard Dick Hockey through and through. Sacrificing the body to make a play. That’s what it’s all about.

I’m just not sure how I feel about Marc-Andre Fleury being a stud so far these playoffs. I know that he’s won a Cup before with Pittsburgh but the dude is a sieve. It’s what inspired such good and correct memes such as this one 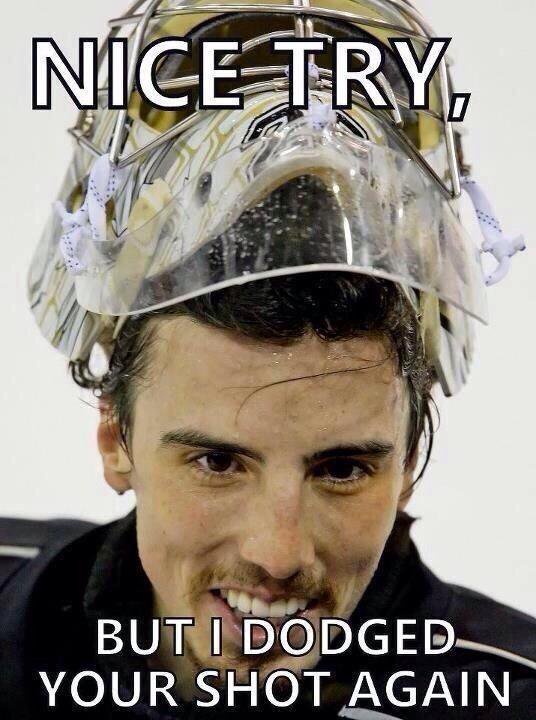 So when Matt Murray went down in warm ups before Game 1 against the Blue Jackets, I thought for sure that was going to be the kiss of death for the Pens. Thought for sure that without Murray and without Letang, they were dunzo. But then Flower decides to hop in his time machine and go back to 2009 real quick and it’s really fucking with my state of being. Oh well. At least it’s the Caps year…

Thanks for coming out, Holtby.