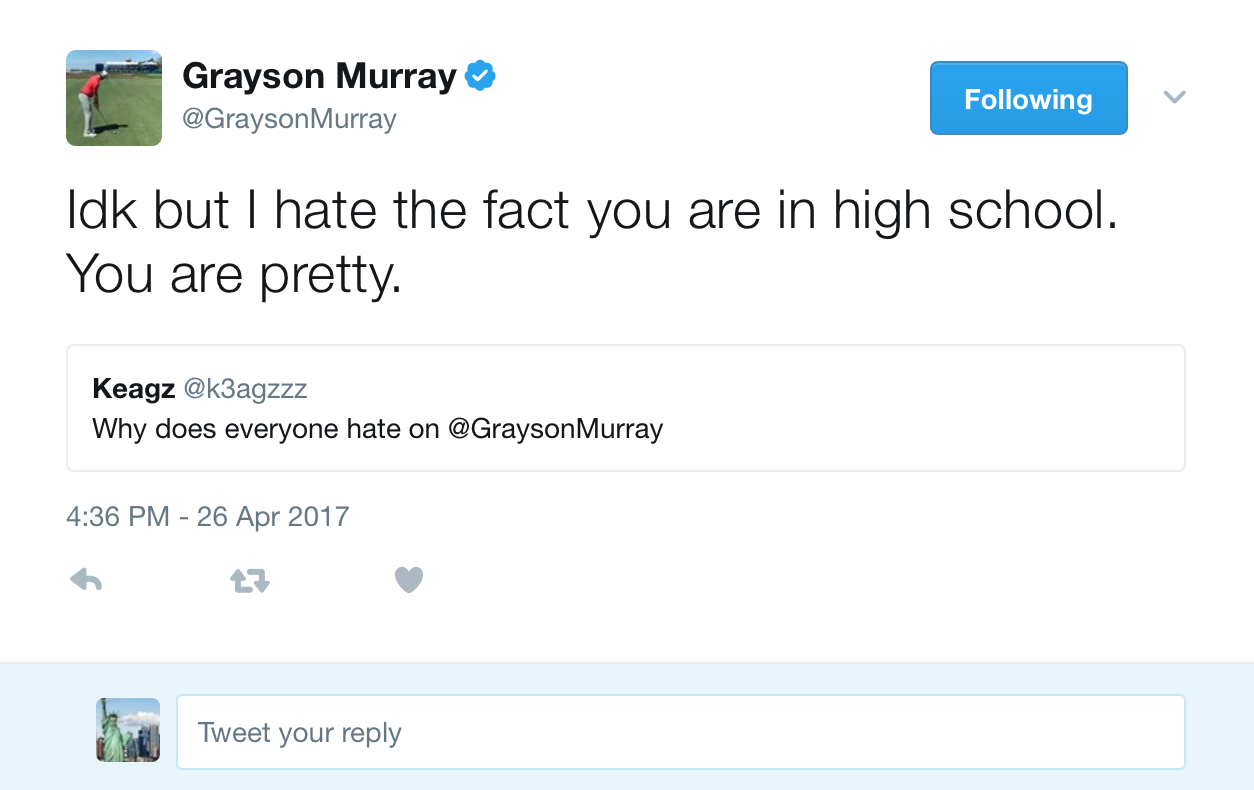 Whoops! That boy Grayson Murray at it again with the dumb tweets. Well this latest one isn’t so much dumb. It’s just weird. Tweeting at a high school girl being like “Man I hate that you’re in high school. You’re hot.” And I know what Grayson would say to people calling him out for this (cause he gets called out for a lot of his stupid tweets). He’d call them libtards and PC Police and tell them to unfollow. Nah bro. That’s just a creepy tweet. Top to bottom. Creepy. Proven by the fact that he deleted it almost instantly. I thought Grayson was a supporter of people who stick by their guns? You gotta practice what you preach. With a guy like Grayson Murray, at a certain point, it’s his fault. It’s not the fault of the people who chirp him for his tweets. At a certain point so many dumb tweets pile up that it’s impossible to ignore the evidence and Grayson’s pile is HUGE.