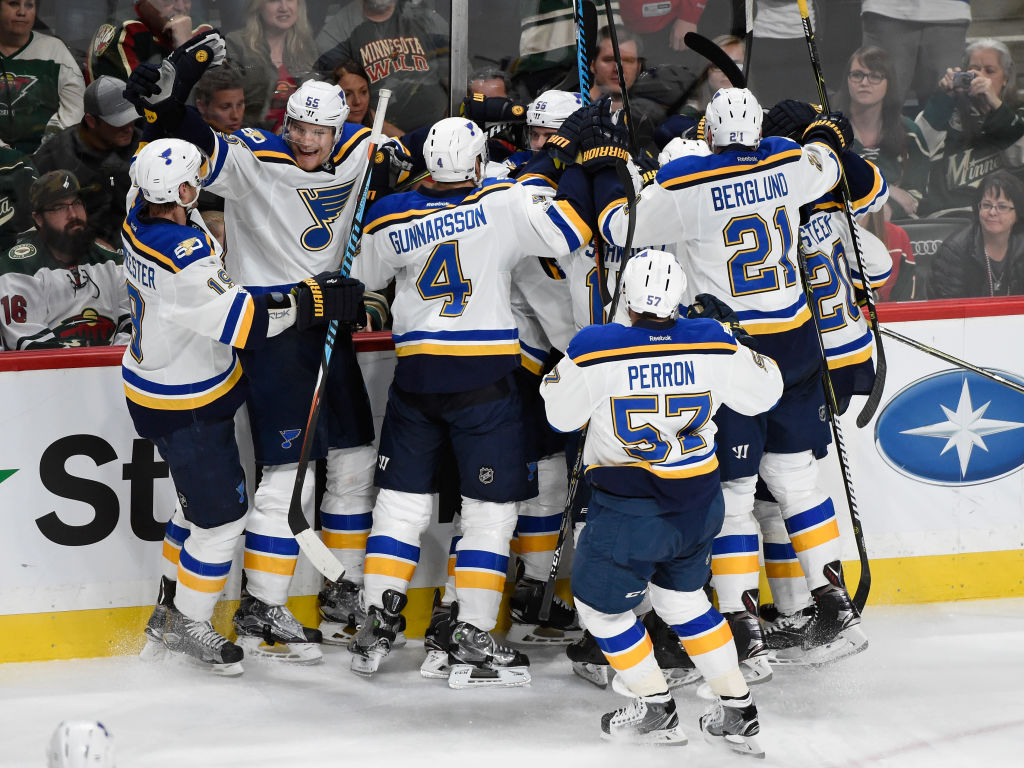 Look, this isn’t the Blues squad we’ve had the most excitement about heading into April. But we pissed all over Minnesota despite being huge underdogs and playing 3/5 on the road and now we landed Nashville at home instead of Chicago on the road. So things have changed. We went from “ehhhh we dished Shatty and fired Hitch this could be ugly” to “holy shit it is it really going to be Nashville w/home ice then Edmonton for our path to the Stanley Cup Finals!?”

And we LOVE it. Feeling good. Allen’s been a wall. Our team defense is stingy as all hell. While our offense hasn’t necessarily lit it up, we’ve gotten clutch secondary scoring (Edmundson 2 goals, including OT winner game 1; Paajarvi OT winner game 5). Not to mention Schwartz has 5 points, Steen has 4. And we did put up a 4-spot on the road in game 5.

Also one crucial, profound, iconic fact remains — Blues haven’t lost a playoff series and the Blackhawks haven’t won a hockey game since I touched the Cup. Suck it Chicago. Suck it Minnesota. And now, for our final act in winning the central, suck it Nashville.