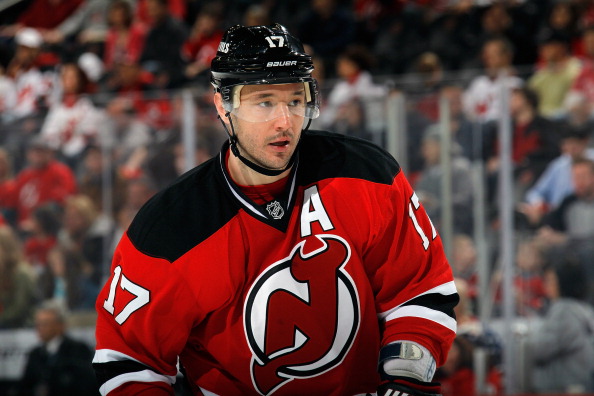 You know it’s the Stanley Cup Playoffs when rumors about Ilya Kovalchuk making a return to the NHL start picking up again. It’s an annual tradition like no other. Everybody trying to sort through all the shit that it takes to get Kovalchuk back into the NHL and concocting ways that he’ll end up on their favorite team. And in case you’re interested in the cluster fuck that it would take to get him back here, Bob McKenzie broke it down for everybody today.

I can’t see a situation where Ilya Kovalchuk is sitting home in Moscow right now dreaming about the day he gets to come back to North America to throw on a New Jersey Devils jersey again. The guy just won the Gagarin Cup in the KHL. You don’t leave your home country where you just won a championship to go miss the playoffs while playing in Newark, NJ. You just don’t. I get that’s the pot calling the kettle black coming from somebody who lives in Philly but I don’t see Ilya Kovalchuk ever wanting to play for the Flyers either. If Kovy is coming back to the NHL, it’s either to A) win a Stanley Cup or B) to have a dope ass life with a fuck ton of money. And considering most of the teams who are ready to win a Cup now don’t have the money for Kovalchuk, Vegas makes the most sense for him.

But like Uncle Bob said, Kovalchuk can’t just have Vegas send a contract to his Google Drive so he can slap his Herbie Hancock on there and have it be a done deal. And the only way he gets out of his contract with New Jersey is if all other 30 teams say “yeah, whatever, that’s fine” or if they get a sign-and-trade. Which for Vegas isn’t exactly an option right now considering they don’t even have a fucking roster. The Devils are going to try to milk whatever they can get out of a Kovalchuk deal. Kovalchuk is the one in charge here considering he can always just chill in Russia for the rest of his life and not have to come back to the NHL. And every other team in the league is going to want him as long as the risk isn’t anything too outrageous considering you can’t trust him to stay.

The whole thing is a mess but I’d be lying if I said the league wouldn’t be better with Kovalchuk back in it (as long as he’s not in the Metro division). What would be a perfect scenario would be if the Devils were able to sign Kovalchuk and then expose him at the expansion draft. I have no idea if that’s possible or not, and I also have no idea why the Devils would willingly do that. But I’m just thinking out loud here. I can’t think of a better way to immediately draw interest in the Vegas team than by adding Ilya Kovalchuk for year 1. Would also be great if coming to the NHL meant that he can’t play for Russia at the Olympics next year.