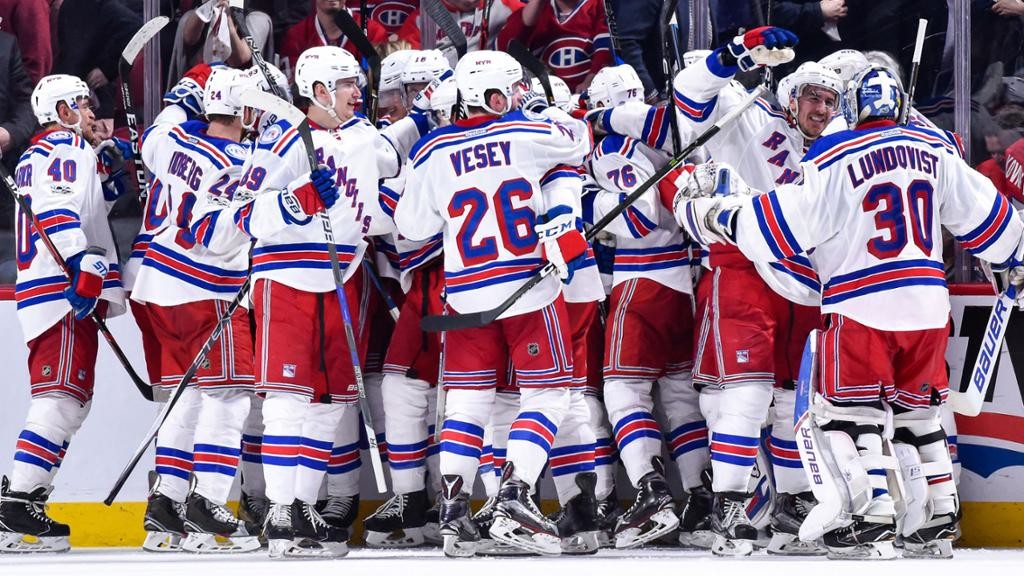 Tonight is the night. As I predicted in my series preview, this has been a coin flip series. Outside of a forgettable Game 3, almost every minute of play has had these two teams no more than a goal apart. The key to the last two Rangers wins has been their ability to withstand the initial Canadiens barrage before turning the tides & taking over. The Habs haven’t been able to maintain their frenetic pace lately but, with their playoff lives on the line & the Bell Centre waiting to welcome a Game 7, they’re gonna come out as hard as ever. AV’s squad will need to do more than just “withstand” in this one.

While counter-punching has given the Blueshirts a lead, this is where you want to see your team – the BETTER team – start a game like this in their own building like they can’t fucking wait to storm out of the dressing room and onto the ice. Give a Montreal team on the ropes a taste of their own medicine and leave them scrambling for answers after the first 20 minutes. I know that’s not necessarily the Rangers way, but they’ve already adjusted plenty this series. So let’s get crazy. Why not a PPG in the opening frame to blow MSG’s roof off?

It’s pretty easy to develop a deeper hatred for a playoff opponent, especially in a series as back and forth as this one. The Habs have certainly earned their hate, repeatedly pushing the envelope & bullying the Rangers at times. All it’s gotten them though is a 3-2 hole & on the brink of being victim of something much worse than a dirty play. That’s the losing side of a handshake line. PUT THEM AWAY!! VIVA LA BLUESHIRTS!!