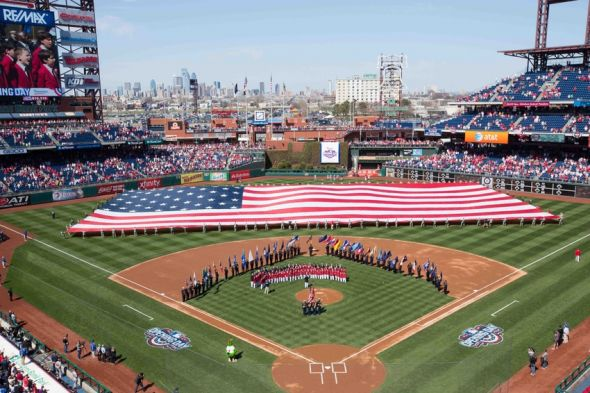 @PhillyTByrd I call this weekends braves phils series the 69 series because both teams are 6-9 and both suck. Chop chop!

Eickhoff is coming off a decent start vs. the Nats last Sunday. Giving up 8 hits in 6 IP is a little high, but it was the curveball he hung to Bryce Harper early in the count that is becoming too common place. Ender Inciarte, Freddie Freeman and Nick Markakis have a combined 9 HR’s off RHP so far this season. Eickhoff does tend to give up the big HR to Left Handed Bats, so tread lightly and locate that fastball because these three will wallop the hanger.

Garcia completed the trifecta of broken down arms acquired by the Braves this off-season. Jaime is as injury prone as you get. From Tommy John, to labrum surgery, to groin and thyroid issues, Garcia has had trouble staying on the field his whole career. That’s why the Cardinals shipped him off to no man’s land in Atlanta, GA to see if he can regain his 2010 form. That hasn’t gone according to plan in his first 3 starts, even though he has been able to sneak out a few wins. Garcia is another Philly killer with a 2.82 career ERA as Phillies bats are hitting just .231 this season vs. Lefties. He will throw the fastball about 60% of the time and mix in a slider and change as well.

Eflin deserves to be in this rotation. He’s just 23, but he kept his compsure after walking 3, throwing a wild pitch and allowing 2-runs in the first inning against the Mets Tuesday night. A lot of young pitchers fold after something like that. If Eflin can keep his 91-93 sinking fastball down in the zone, we just might see the same pitcher we saw during his Complete Game Shutout last July.

The Phillies murder Foltynewicz. In 3 starts he has a career ERA of 6 and has allowed 5 HR’s vs. the Phillies. He is coming off a quality start against the Nationals, so the Phillies need to get to him early. In his last 23 starts, Foltynewicz has seen the 7th inning just 5 times. He was also 3rd in the MLB with 13 wild pitches last year in just 123 IP. Folty gasses it up with an average fastball arpund 95, but after pounding Syndergaard yesterday, I don’t think the Phillies will have any trouble there.

The bats have been cold the past week hitting .230 with a .652 OPS in 6 games. With runners in scoring position, they were a putrid 13-56 during that stretch. However, despite the same record at this point last season, the Phillies have improved significantly. Here is a little compare and contrast chart. You will see how much polished this lineup is and it’s a clear indicator that Matt Stairs has a lot to with that. *This does not include last night’s game.