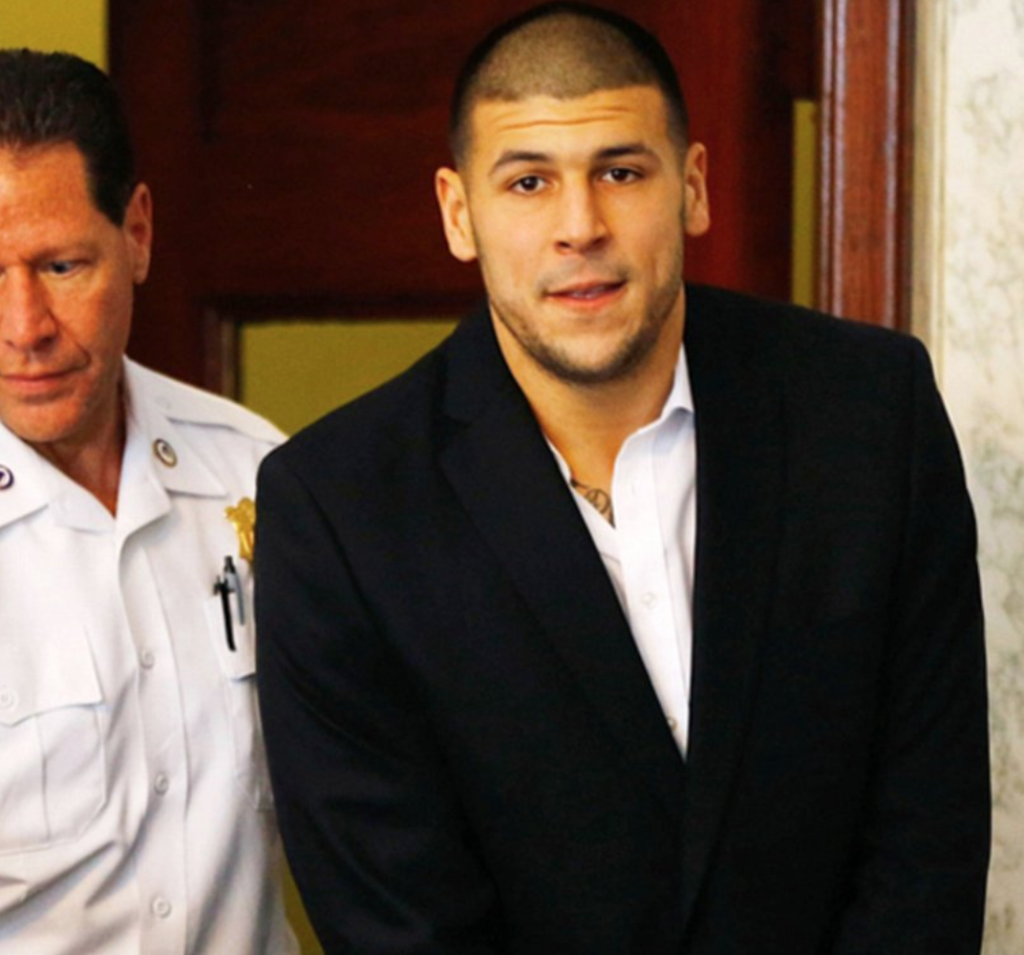 (Sources) — The three handwritten notes discovered in the cell where Aaron Hernandez hanged himself were written to his fiancée, his daughter and his gay jailhouse lover.

Two  of the notes were written to  Shayanna Jenkins-Hernandez and the couple’s four-year-old daughter Avielle. Both were seen leaving her mother’s Connecticut home Thursday.

They say where there’s smoke, there’s fire and while there have been a noticeable amount of gay rumors swirling around Aaron Hernandez, I’m going to have to call bullshit here. Sure, I could be wrong, it would be the first time yet that doesn’t mean it can’t happen. But this is what the DailyMail does. They hear rumors and WEEI callers then pretend they have “sources” who confirm these things.

Aaron Hernandez very well may have been gay, or maybe he was just prison gay, but I feel like the time to out yourself isn’t while you’re hanging from a window by a bedsheet. Some of the gay rumors have posited that Hernandez killed himself because the rumors were going to get out sooooooo why would you leave a letter confirming them if they were so shameful to you? That’s like leaving a party because you pooped your pants then yelling, “Hey everyone, I pooped my pants!” on your way out the door. It don’t make no sense, folks.

Again, I could be wrong, but before I believe this I’m gonna have to hear it from, oh I don’t know, any local outlet, you know the ones with actual sources, before I believe some British “paper.” Maybe Hernandez just got addicted to cigarettes in the clink and that was who the letter was to and things just got lost in British translation.