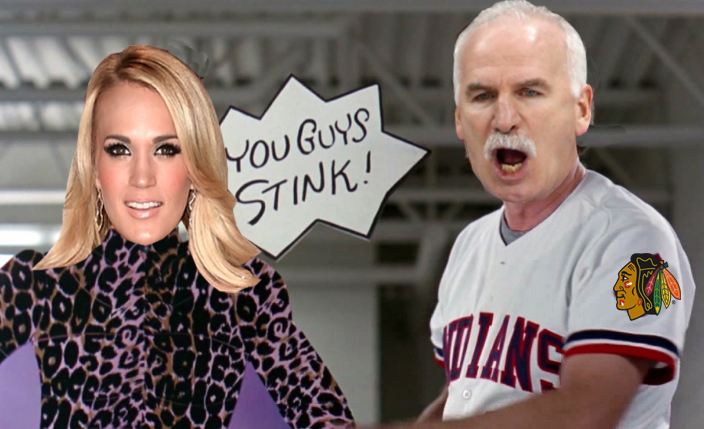 Well there’s nothing left to say. Everyone knows what’s at stake. The Blackhawks know it obviously. They know it so well that Coach Q told the team to get away from each other and the rink on their off-day and had an optional morning skate. There’s nothing left for Joel Quenneville to say. The Blackhawks are what they are and the Preds are going to play the same style they’ve played all series. The Blackhawks have to find a way to win battles, win races, and have the puck more in the offensive zone. The Blackhawks have the talent to win this series, its a question about whether or not they have the mental discipline and the sand to get it done. In the past teams have had to kill the Blackhawks 1000 times before they died. I think tonight we are going to see that again. This group has been too good all year to get swept out of the playoffs. It won’t happen. I can’t happen. It’s time to come out guns blazing and work Nashville into the ground. Win Game 4 and all of a sudden this team is VERY dangerous again. Lets GO!!!!