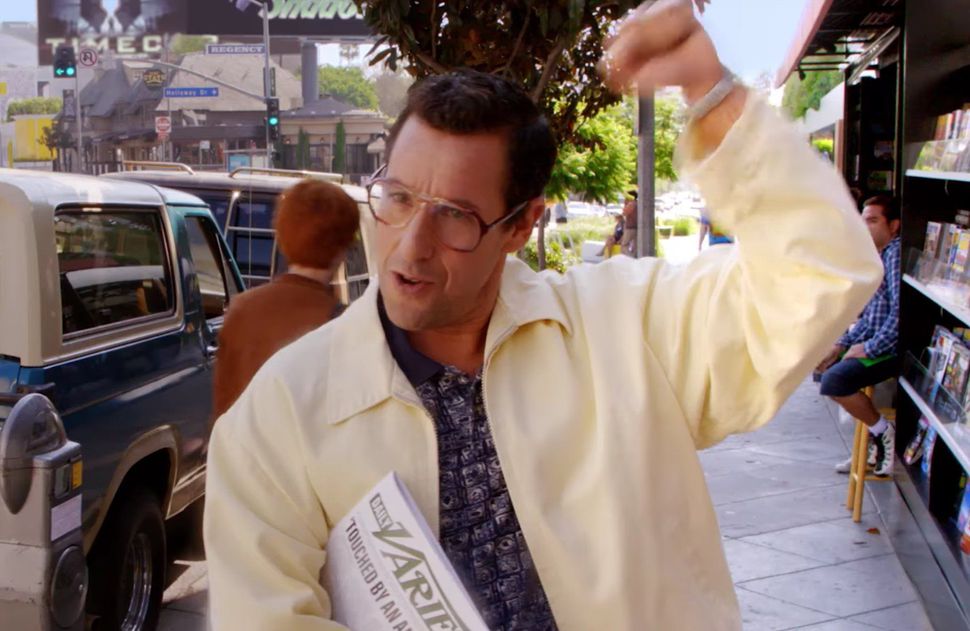 A few weeks ago I wrote a blog titled, “If Adam Sandler Is Going To Keep Making Movies For Netflix, I’m Going To Keep Watching“. Never in a million years would I ever say that The Ridiculous 6 or Sandy Wexler come even remotely close to the all time greats of Happy Gilmore and Big Daddy. But there’s something comforting about watching Adam Sandler movies regardless if it’s the funniest movie you’ve ever watched in your life or a giant piece of shit that was only made so he could expense a sick vacation for him and his friends. And apparently everybody else agrees because human beings have spent 500 million hours streaming his movies on Netflix.

Newsweek – The streaming platform inked a deal with Sandler in 2014 to make four original movies (including the widely mocked Ridiculous 6) for Netflix, then expanded the deal recently to include four more. What this means, in practice, is that (a) Adam Sandler movies are now bypassing movie theaters entirely and (b) millions of people are streaming new Adam Sandler movies from the comfort of their homes.

And now we have proof. Netflix just released its Q1 earnings report, which includes this chilling statistic (via The Verge): “Since the launch of The Ridiculous 6, Netflix members have spent more than half a billion hours enjoying the films of Adam Sandler.”

As the late great philosopher Tiko Texas once said, “Numbers Never Lie”. You don’t get people to watch half a billion hours worth of your shit by accident. Adam Sandler has concocted a formula and it works every single time. And really all that formula is, is coming up with a perfectly nappable movie. Meaning you can start the movie, doze off midway through, wake up near the end and still be able to piece together what happened. We’re not looking for brain busters. We’re not looking for Oscar-worthy material. Just something to pass the time if you’re hungover or high or whatever. Sandler is king when it comes to those types of movies and that’s how you get to half a billion hours.