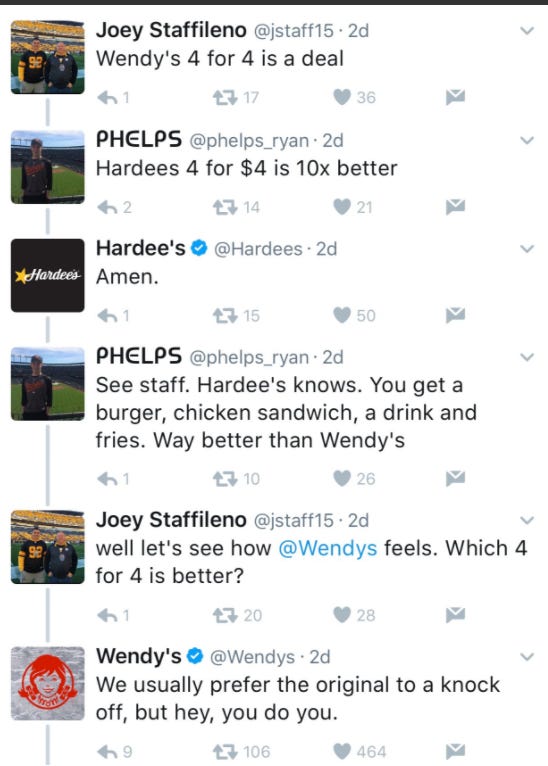 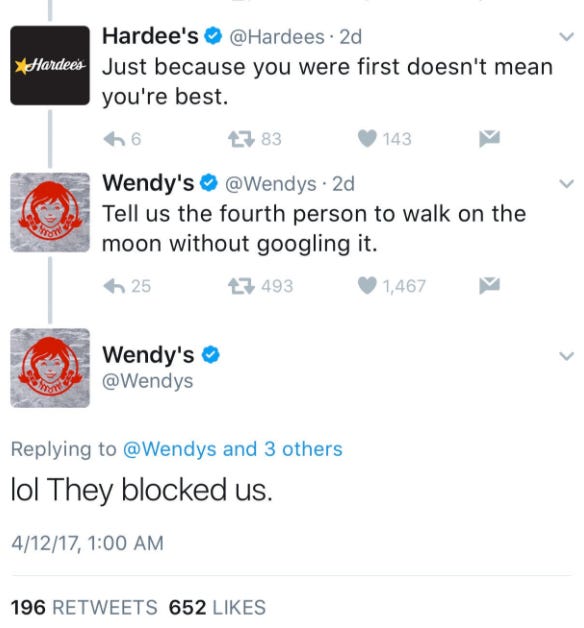 Come at the Queen you best not miss! When will people learn not that Wendy with the good hamburgers ain’t nobody to fuck with. She got tagged in that thread and brought out the keyboard shotgun immediately. I think we are almost at the point where people will start shouting “Wendy coming!” as she strolls down the street whistling while rocking pigtails, a blue dress, and the Twitter blood of her enemies.

Now if Hardee’s went radio silent or fired back a weak reply, I could have chalked this up as a TKO for Wendy’s. But going with the full block is as pussy as it gets while also giving Wendy the satisfaction of putting the head of another fast food chain on a spike. Wendy’s gets the knockout on her resume. God I love that sassy bitch. Hardee’s should stick to smut commercials in order to sling their food, because Wendy has made it clear she is the head mascot in charge of Twitter.

And for what it’s worth the Double Stack getting added to the 4 for 4 menu was an absolute gamechanger to the value meal game on par with HD being added to televisions.