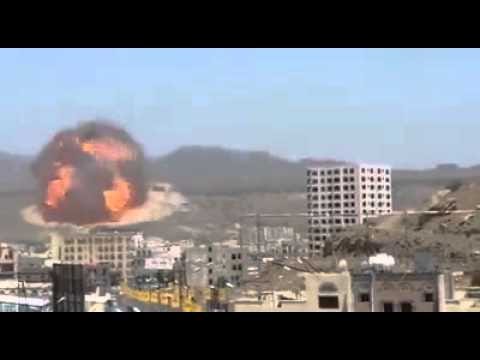 We apparently dropped a big ole bitcc of a bomb in Afghanistan today. Gotta think that made sleeping in a cave just a touch more difficult. We often hear these nomenclatures and have no clue what these bombs actually do. I’m gonna try to do a better job going forward of explaining these type of things, and by that, I mean posting a youtube clip or something so that you can watch it.

So, here’s what a MOAB GBU-43 does. It’s great to have in your arsenal if you’re America; it’s not so good if you could ever be on the receiving end.

Here’s a bomb that’s designed the same but with less payload going off in Yemen.

Side note: each bomb costs about 14.6 million so I hope the targets of said bomb was of a prettay, prettay high target value.

With the payload of this bomb, it could completely destroy Manhattan for the most part. President Trump and the SECDEF, SOS and others played the moral high ground for the Syria strikes, which were deserved. The battle damage assessment here will be extremely important. How many civilians lost their lives because of this bomb? What will the blowback for this action be? Which other world leaders knew and were onboard with this strike. Many, many questions will continue to pop-up as we find out more information.

We haven’t recorded Zero Blog Thirty yet but we will talk about this bomb at length tonight. Subscribe so you can get it when it drops in the morning. Jason Kander will be joining us.