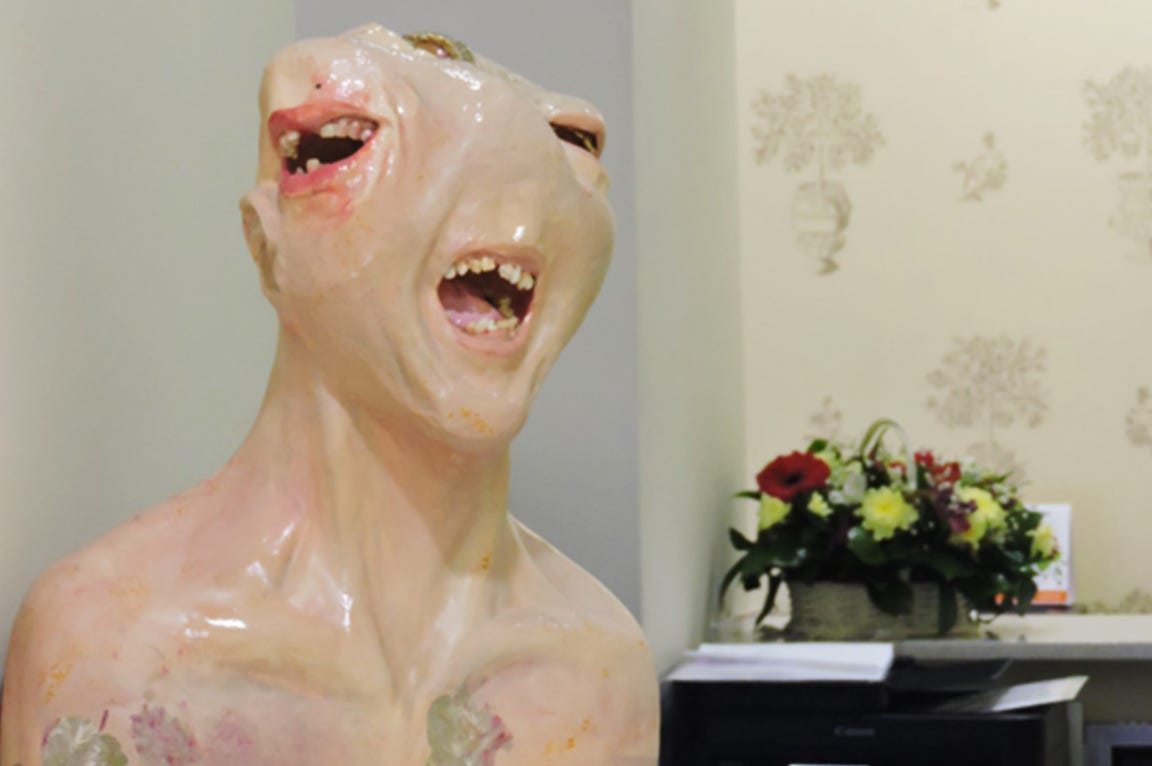 PRD- The monument to toothache, created by St. Petersburg artist Mariana Shumkova, was installed in “Good Dentist Clinic” in St. Petersburg. According to St. Petersburg publication Bumaga, the figure was created with the use of human teeth that were removed from patients as part of “Teeth for Health” campaign. According to the author, she deliberately made the monument frightening and realistic, with “deformed features of the human face.” According to the artist, “it is only a strong emotional impact that can make a person think about such a simple and ordinary thing as hygiene.” Undoubtedly, the most shocking aspect of the work is the combination of artificial materials and natural human teeth, Shumkova said. For the time being, the monument to toothache remains in the dental clinic, but it can be exhibited in other public places too.

Yeah good idea. Like going to the dentist’s office isn’t enough of a hassle. Like people don’t already hate going to the dentist with the heat of a billion suns. Might as well put a monster from The Upside Down directly in your waiting room. Weird move. I’m convinced that place has to be purposely trying to put itself outta business. Otherwise they completely don’t understand just how much people hate going to the dentist. I gotta be honest, I haven’t been to the dentist in a solid decade. That’s not a brag. It’s not something I’m proud of. I just don’t wanna go because it’s miserable. Also, there was a story a couple years ago where a dentist put somebody under and then placed his dick in their mouth. That was yet another strike against dentists. Which is precisely why you can’t put a disfigured monster in the waiting room. You know what dentist offices should be doing? Take a page outta Tim Whatley’s book but go one step further and have strippers in their waiting room. Get as far away from scary monsters as possible.