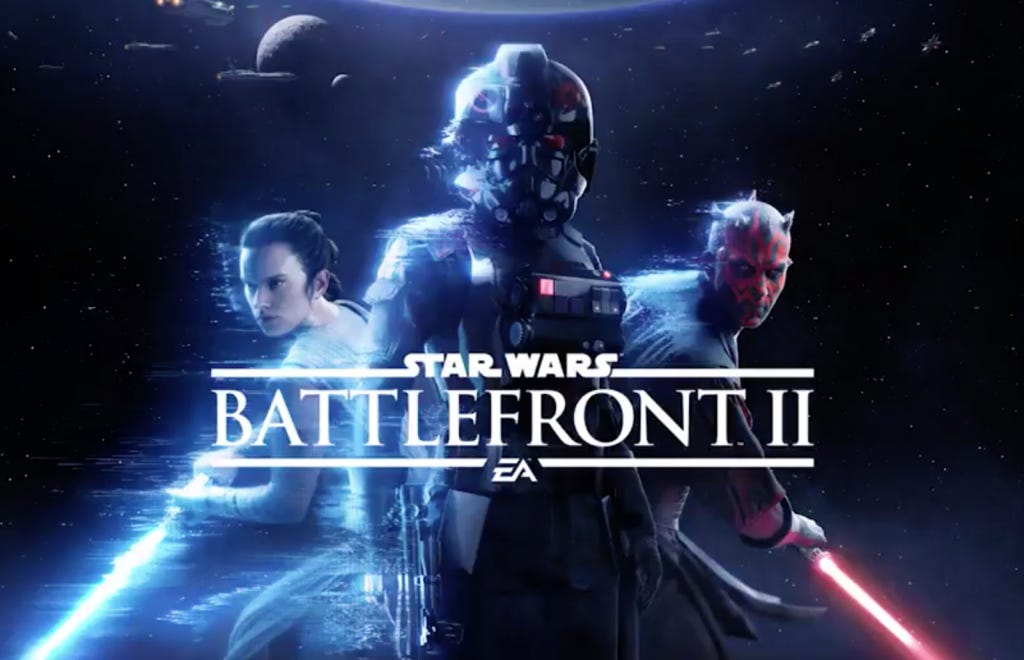 It’s probably been a few years since some of you played any video games, so you may be confused as to why I’m talking about an upcoming game called “Star Wars Battlefront 2″. After all, Battlefront 2 came out in 2005…and it’s my favorite video game of all time by far.

Well, the series was discontinued, LucasArts shut down, and EA bought the Battlefront rights. In 2015, they released a their reboot, and it got a very mixed reaction from fans. It had no single player campaign, no content from the prequel or sequel trilogy, and it’s multiplayer was a lot more like BattleFIELD than it was BattleFRONT. Personally, I loved it, and it’s still my go-to game if I’m booting up the Xbox, but I get all of the gripes.

The campaign appears to be from the point of view of an Imperial pilot right after Return of the Jedi, which means we’ll be seeing the continued war leading into The Force Awakens. Also, we see Darth Maul preparing to fight Yoda, and Rey running towards Kylo Ren, so let me just say RIP in Peace to all of my sleep in the future. It was nice knowing you.

P.S. How about the balls on EA with “Pre Order For The Last Jedi Characters” at the end?! Shit that major should just be in the game. You know I’ll pre order it, but give me a new blaster or something minor. I don’t wanna have to play some shitty game mode because my buddy Steve forgot to pre order and he’s locked out of the new maps.