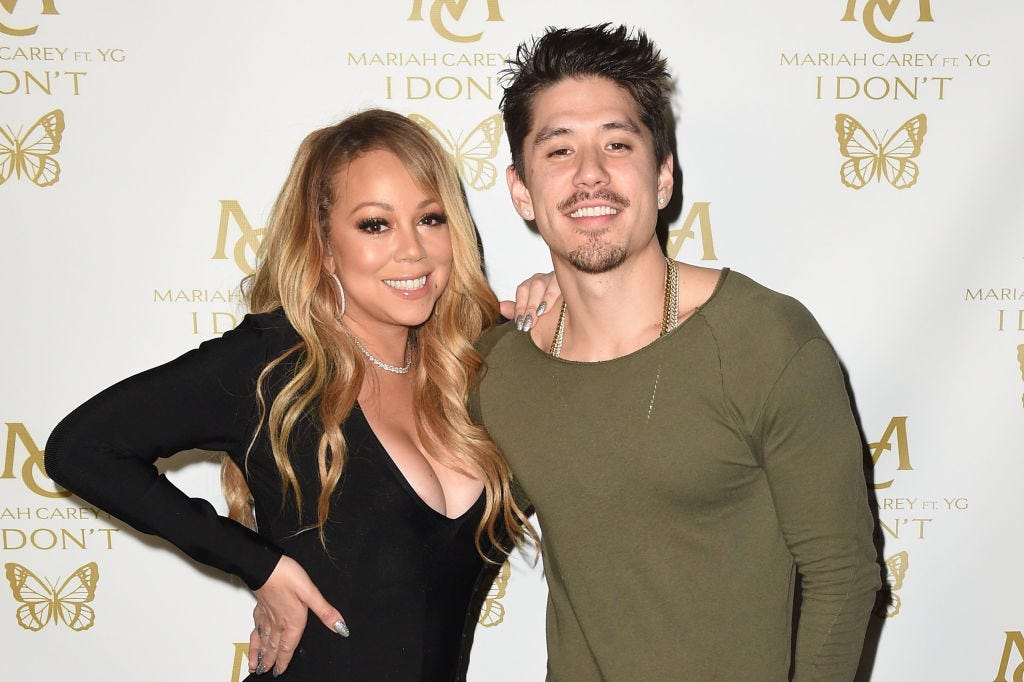 Daily Mail – According to Life & Style magazine, the 47-year-old [Mariah Carey] gives her boyfriend Bryan Tanaka $25,000 a month specifically so he can buy her gifts.

Sources claim the pop diva – who is worth around $520 million – is all too aware of the fact her backup dancer beau doesn’t earn nearly as much as she does.

And after being engaged to Australian billionaire James Packer – who would reportedly shower her with expensive presents regularly – sources told the magazine she ‘wants the same treatment from Bryan’.

‘She doesn’t care that he’s using her money to do it,’ added the insider.

At first I saw this headline and was prepared to make fun of both parties because of how sad this seems. But honestly…it’s kind of a win-win for everyone. Mariah has money to burn and then some and she’s grown accustomed to a certain lifestyle. So why not just find some backup dancer dude whom she can boss around and get everything she wants from and it costs her very little extra overhead rather than chasing some older billionaires who won’t fuck her as good and she doesn’t need the money of? It’s actually a pretty smart economic proposition. They say the value of something is only relevant to your own money and the time expended to get it; for Mariah it’s way easier to find some dude dancing like MC Skat Kat behind her, cash him up and tell him exactly what to do. And I mean look at this dude, does this look like the signs of a castrated man? 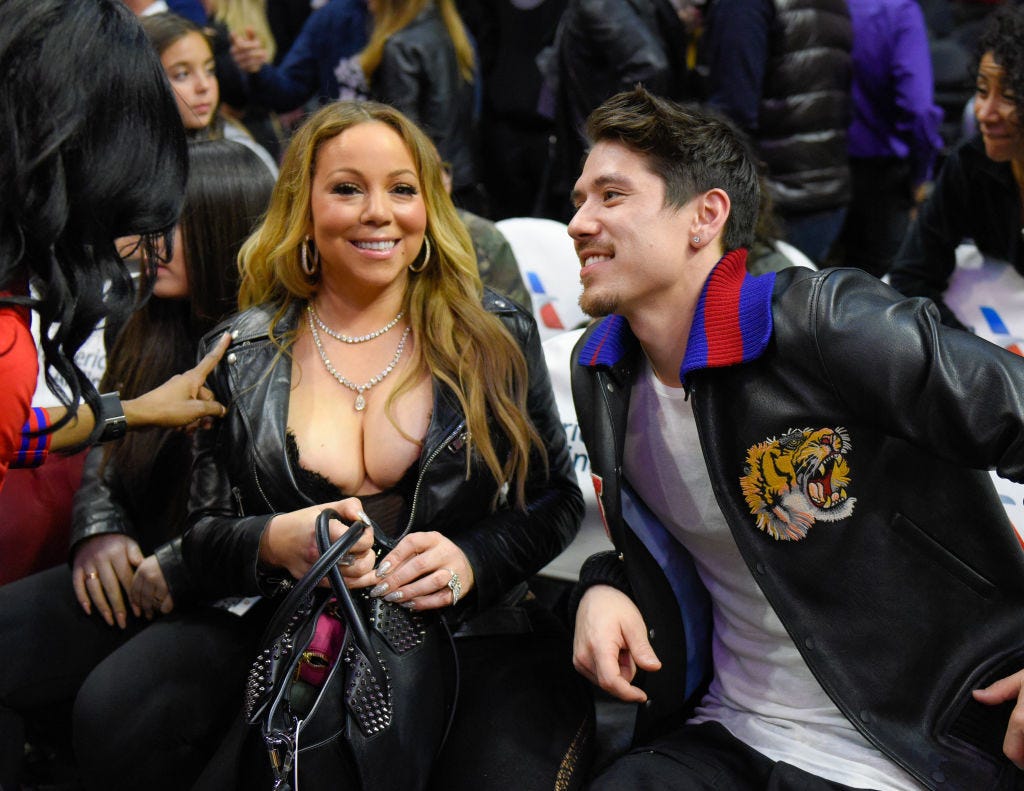 No! He basically just won the lottery AND gets to fuck a girl he’s probably dreamed of since before puberty while being paid for the privilege of it. Is she annoying sometimes? Sure. Is the conversation not the most stimulating thing ever? I am VERY sure. But all you have to do is go on some $25K shopping trip like a celebrity buying gifts for poor kids at Christmastime once a month, do the Electric Slide, and throw Mariah fucking Carey and her hefty MILF tits some of that sugar? That is living your best life no matter how you shake it.

And hell even if it’s annoying as shit just pop one of these videos on, think of the golden days, and I’m positive you can get through. You’re getting an icon of music and puberty at discounted rates to the point where she’s PAYING YOU. Just gotta suck it up, illogical situation be damned.