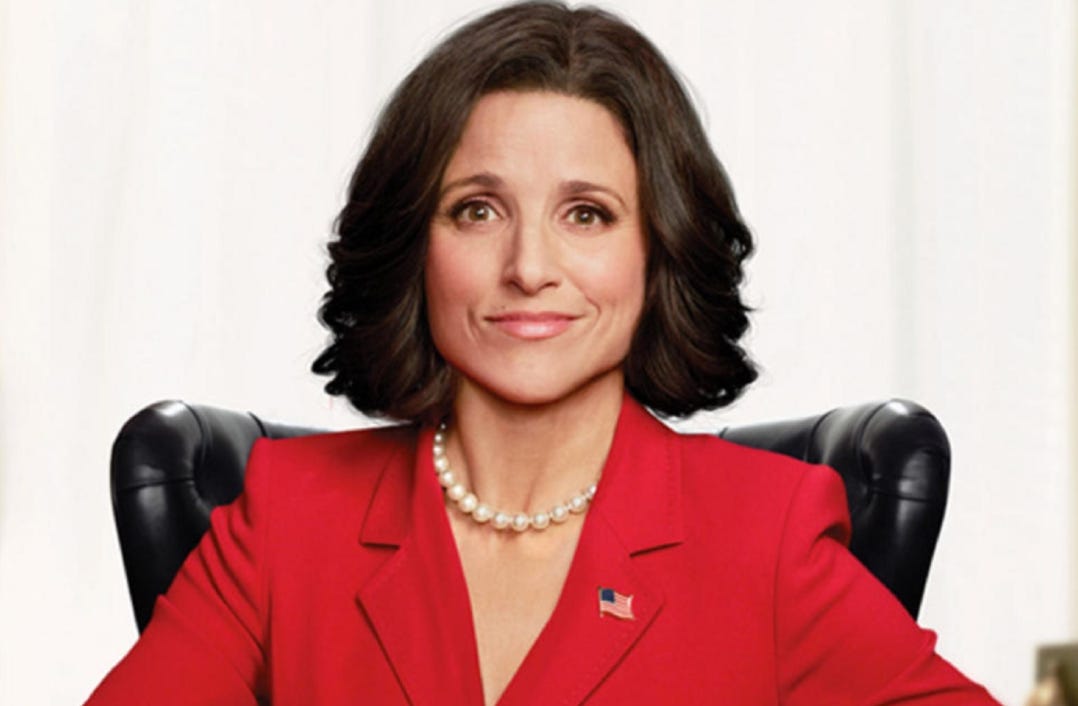 WP – Actress Julia Louis-Dreyfus says she has been asked by top Democrats to run for office. The star of “Veep” responded that it will never happen, according to the Washington Post. Although a celebrity in Washington wouldn’t seem out of place anymore, Louis-Dreyfus had no interest in leaving Hollywood. “Not in a million years,” she told the Post.The report did not reveal which Democrats had approached the actress.

When art legitimately imitates life. Hey, you can’t blame the Democrats one bit for shooting their shot at Julia Louis-Dreyfus. She’s absolutely looks the part on Veep in front of the camera and during speeches. Sure, behind the scenes her character is a narcissistic, power hungry, egotistical fanny flapping in the wind. But it doesn’t matter. Plus it’s not what you say, it’s how you say it (well, it’s not even either anymore, but Trump is an anomaly of politics/life). Get a load of this reach around of words:

That’s Bill Clinton level of bullshit charisma in front of the camera, whether it’s acting or not. What did she say? I have no idea. But it sounded perfectly Presidential. Ronald Reagan was essentially method acting and he came off as one of the most revered Presidents in recent history. You can definitely see why the Democrats would want their fingers up the butt of this charming puppet. In fact, it’s kind of puzzling why political parties don’t tap other people who acted the part of Commander-In-Chief to run for office. Martin Sheen (The West Wing), Pedro Cerrano (24), George W. Bush (Brokeback Rove/Cheney). All could make very charismatic Presidents whose strings could be pulled at will.

PS – If you’re not all-in on Veep, time to hop on the wagon. One of, if not the funniest show on television.