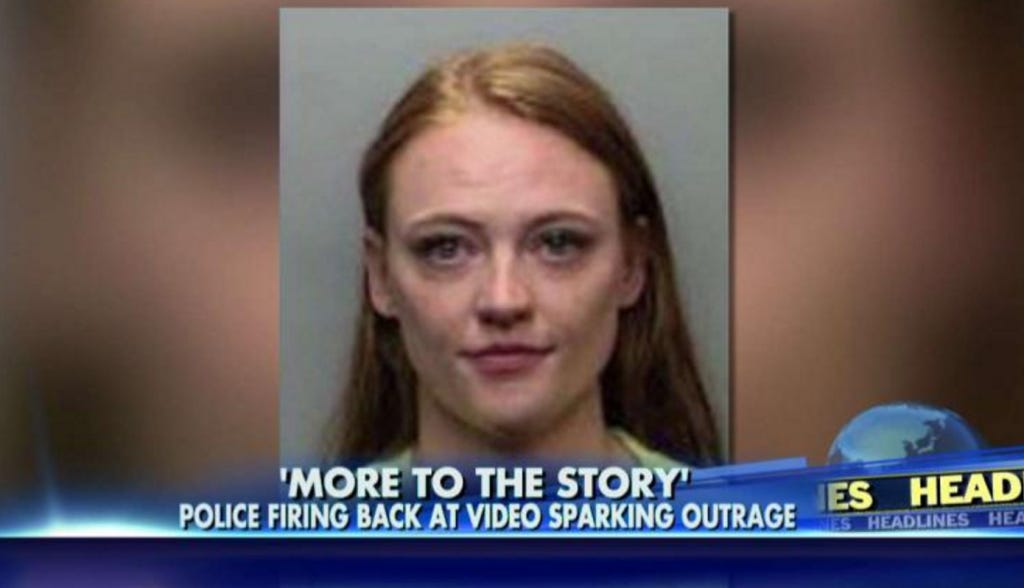 The video, which was recorded by a bystander at the scene and shared on the official Twitter page for Barstool Sports and the Twitter and Instagram pages for Barstool Colorado State, has gained thousands of interactions online.

According to the Coloradoan officers responded to reports of a “separated disturbance” near Bondi Beach Bar between two men. Kate Kimble, a spokeswoman for the Fort Collins police, told the Coloradoan the girlfriend of one of the male suspects, identified as Surat, “shoulder-checked the bouncer and an officer and then pulled her boyfriend from the area” while officers spoke to employees about the altercation between the men.

According to Kimble officers told Surat that she could go, but her boyfriend was not allowed to leave. Surat allegedly remained at the scene and then physically obstructed and struck the officer, Kimble said.

The Coloradoan reported that the police officer used a “standard arrest control” to subdue Surat. The police uphold that the technique used to arrest 22-year-old Surat was a standard technique and that Surat assaulted the officer prior to being arrested.

Tough visual.  Realllll tough visual. As one of the biggest supporters of police on the internet and one of the most anti-annoying drunk girls guys on the internet I still gotta say the optics are brutal on this one. I mean I have no doubt there’s “MORE TO THE STORY” like the police department is saying on Facebook:

According to the department, Surat’s boyfriend was involved in a disturbance with another man at the Bondi Beach Bar.

When police arrived to investigate, Surat allegedly “shoulder-checked a bouncer and an officer” and tried to pull her boyfriend from the area.

Surat then physically obstructed and struck an officer, so a “standard arrest control” technique was used to subdue her.

No doubt in my mind that she was getting in the way and being loud and probably hit the cop’s arm with her handbag or something.  “Shoulder-checked” a bouncer or whatever.  Definitely obstruction and worthy of getting put in the back of a cop car for a little bit while her boyfriend gets arrested. But, and maybe I’m being a pussy here,  I tend to think the reaction should be equal to the threat – a 90 pound drunk chick waving a Kate Spade clutch around and being an annoyance to your arrest probably doesn’t require a Judo trip and body slam to the pavement.