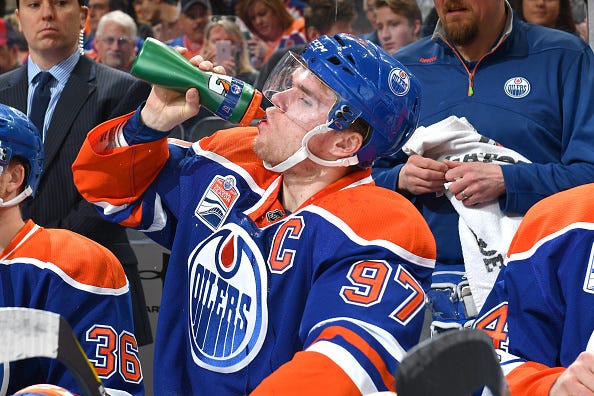 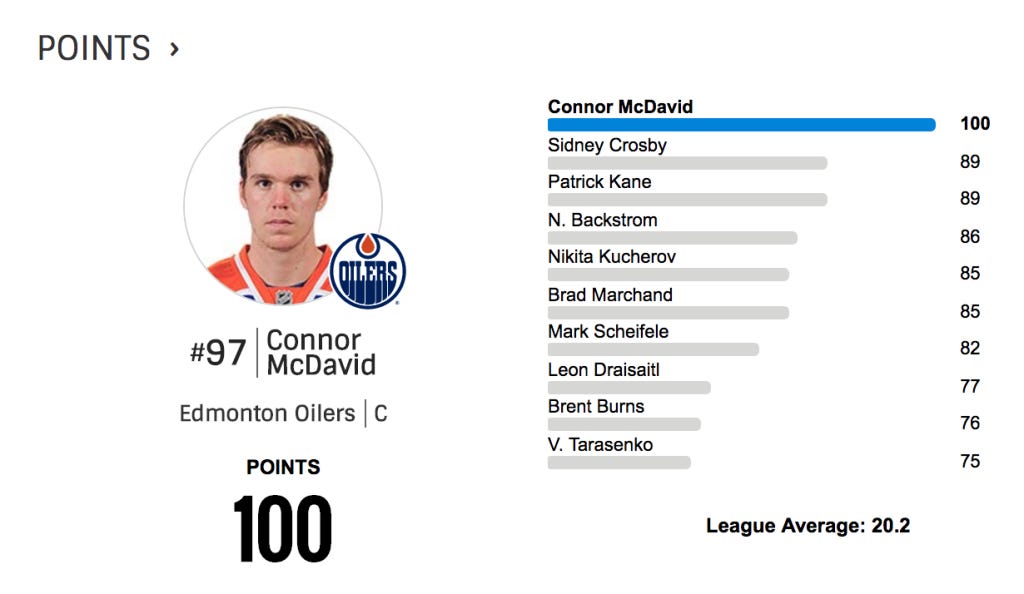 Not a big deal.

Obviously there’s nothing left that needs to be said about Connor McDavid. Everybody knows how good he is. Everybody knows that as long as he stays healthy, he’ll be one of the greatest to ever play the game. You know that. I know that. Even Karen from accounting knows that. But it’s just something else to see the actual numbers on it. 146 points in 126 career games. That 1.16 point per game pace puts him right up there with guys like Yzerman and Sakic. Pretty decent company to be in, in my very humble opinion. Meanwhile, Auston Matthews finished the season tied for 2nd in the league with 40 goals… 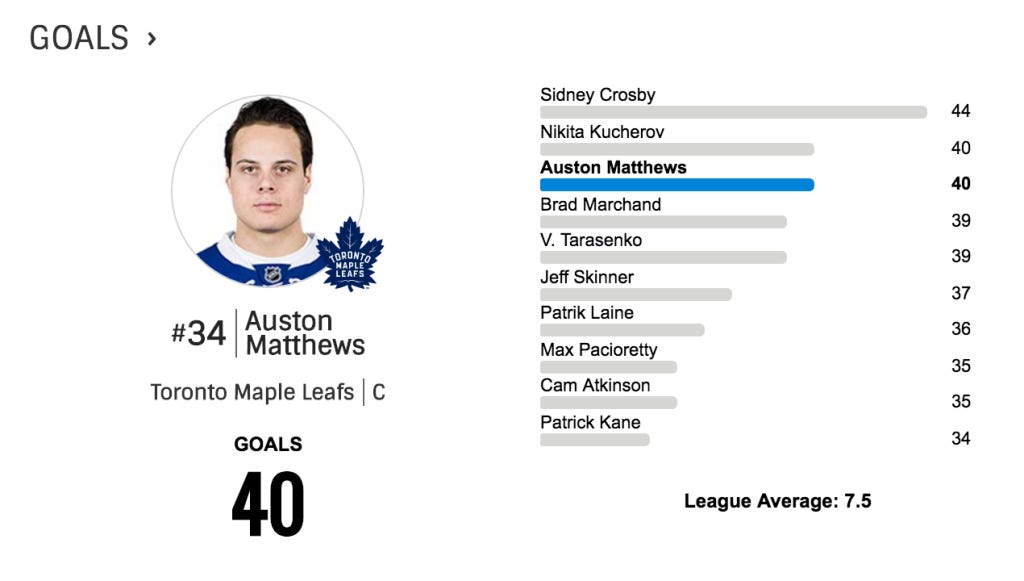 As. A. Rookie. Sure, it’s no Selanne 76. But 40 goals as a rookie is absurd with Patrik Laine right there behind him with 36. (Sidenote: Nikita Kucherov sneaky having an MVP caliber season while I’m assuming maybe 7 people outside of die hard hockey fans know who he is). The biggest story line of this NHL season has been the young talent taking over the league. You look at the guys who were on that Team North American 24U team at the World Cup of Hockey.