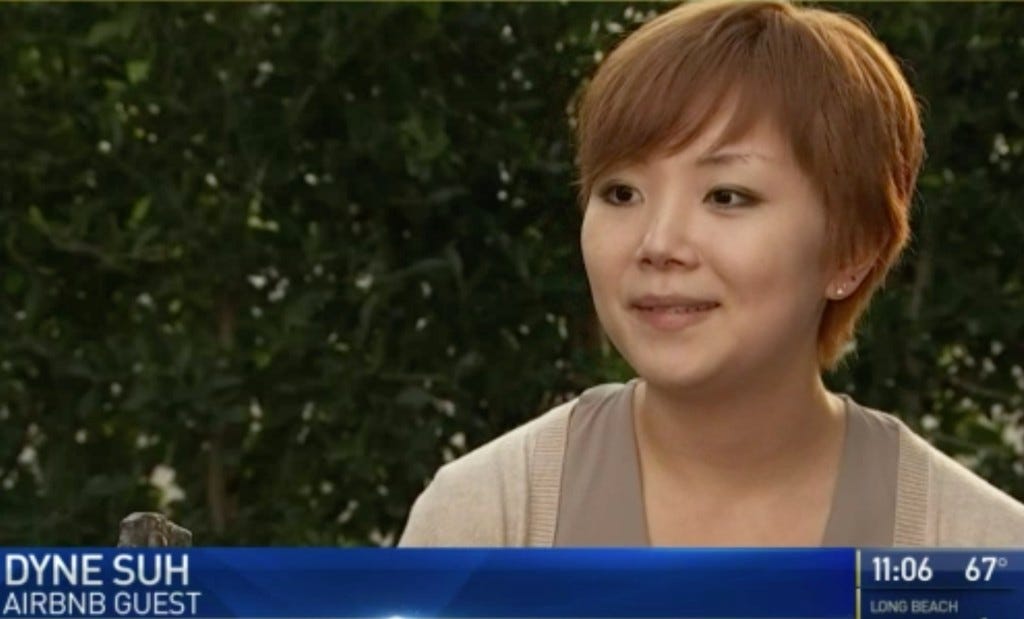 NBC LA – A Southern California woman said her relaxing weekend in the mountains turned into a nightmare when an Airbnb host abruptly canceled a cabin reservation because of her race.

Law student Dyne Suh was looking forward to spending Presidents Day weekend with her fiancé, friends and dogs at what she thought was the perfect winter cabin in Running Springs.

While Suh was headed up to the cabin in stormy weather, she sent a text message to the host to confirm the reservation for four people. According to Suh, that’s when the host denied agreeing to guests at her cabin.

“I wouldn’t rent it to u (sic) if u (sic) were the last person on earth,” the host told Suh in a text exchange that was shown to NBC4. “One word says it all. Asian.”

To which the host replied, “Go ahead…It’s why we have Trump…I will not allow this country to be told what to do by foreigners.” The host then canceled the reservation, Suh said.

^Suh dude. Here are the messages she got from the Airbnb host: 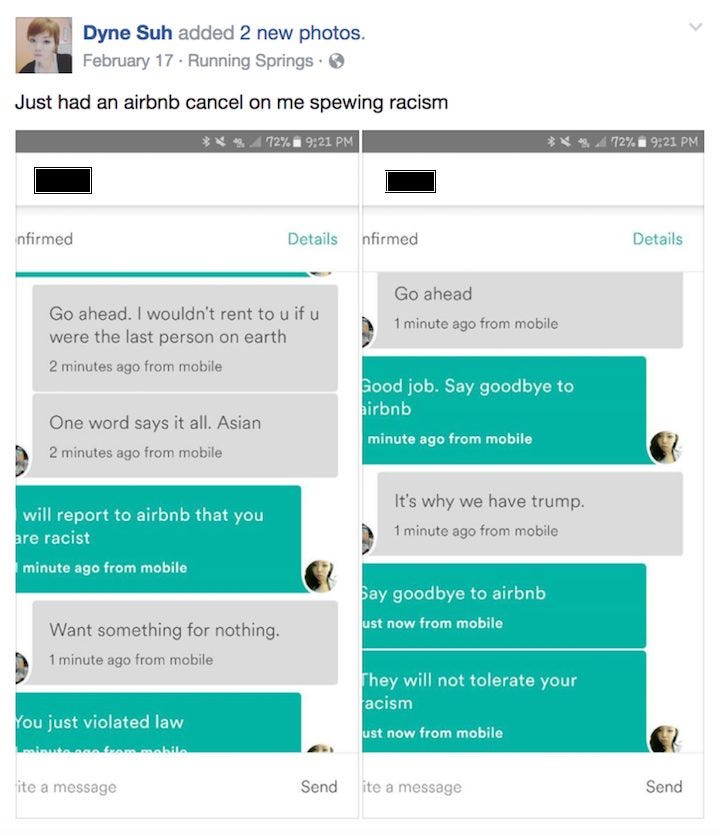 A lot of articles are keying in on the Trump thing naturally and, while I get you can say the culture stirred up makes people think like this, one thing is clear: Donald Trump would definitely not feel this way about Asian people. They’ve probably made him untold millions, contributed positively to the world around us in many ways, hell they even have spent tons at his casinos while blowing the rooms out with smoke. This person being a racist idiot isn’t really a reflection on him or his other supporters because honestly they wouldn’t agree.

And that’s the other part of it…of all the people you don’t want at your place, it’s a group of engaged and seemingly eloquent Asian law students? That’s the dream tenant for literally anyone. They’ll come in, clean up after themselves, mostly respect your property and then go on to successful careers with adorable Asian babies. What’s there to dislike about any part of that scenario? I mean even the racist view of Asians as the “model minority” is actually a positive one. When you’re so good at life that even racists are like “Yeah you know what, they’re killing it at everything but driving” then you’re even stupider than you seem. The racism is one thing but being a bad judge of ethnic stereotyping character is even more offensive possibly.