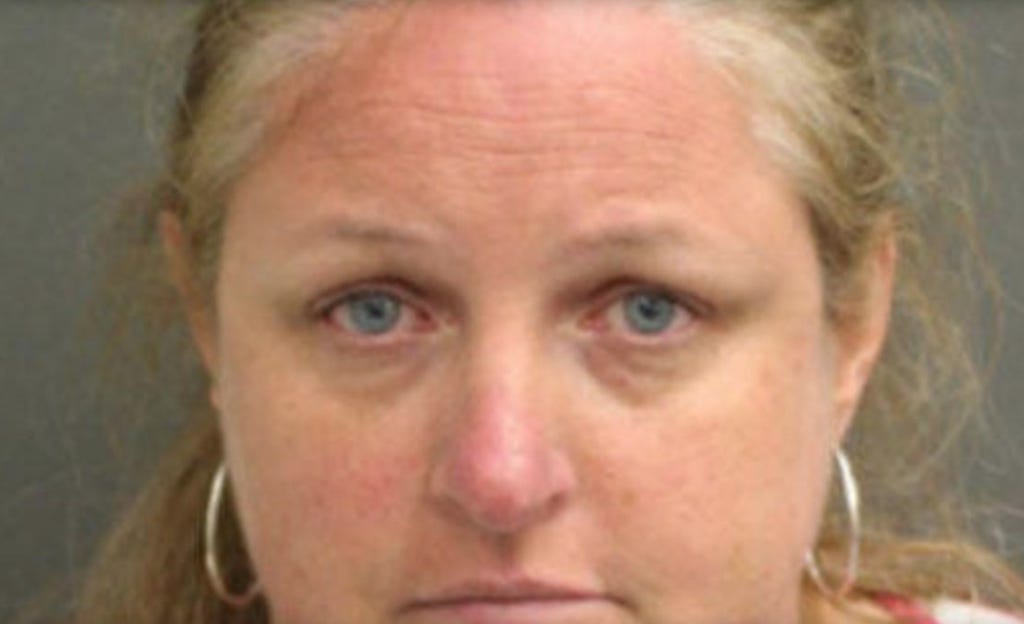 CBS - A Walt Disney World patron is accused of choking a girl who was blocking her view at the Magic Kingdom fireworks show Wednesday night, according to the Orange County Sheriff’s Office.

The victim, who was visiting the theme park with a group of students and chaperones from her out-of-state high school, was with friends around 9:30 p.m., waiting for the show to start, reports CBS Orlando affiliate WKMG-TV. A family was sitting behind them.

When the show began, the girl and her friends stood up so they could get a better view. The family sitting behind them said to sit down so they could see, according to an arrest report.

Tabbatha Mature, 41, was aggravated about not being able to see the display, so the girl and her friends decided to leave. As they were walking away, the victim told Mature, “You can take our spot.”

Deputies said Mature grabbed the girl by her neck, squeezed and pushed her head toward the ground. Mature let go of the girl when she started screaming and told her, “You don’t want to mess with me,” according to an arrest affidavit.

So at first you read the headline and it’s like, why would a grown woman choke a girl, that sounds kinda fucked up, right? But then you dive into the article, and you realize the grown woman was actually in the right, and the girl who was choked deserved it.

Now, is physical violence always the answer? Of course not. You can’t go around choking people all willy nilly. You don’t want to go to jail for 20 years because someone smudged your Pumas. But that being said, every so often, bitch ass teenagers need to be taught a lesson. Everybody is sitting down with their families, watching the fireworks at the happiest place on earth, and this teenager decides SHE is going to stand up. Like, fuck everyone behind her, she can’t see so she has to ruin it for everyone else. It’s such a teenager way of thinking.

So good for our girl Tabatha for putting her in the rear naked choke and telling her what’s what. Bet that teenager will think before she ruins everyone else’s vacation next time. Bet she’ll take another second to think about her choices before she’s tapping out to the Walls of Jericho next time. Sometimes kids just need to be taught a quick life lesson, and I’m glad Tabatha was there for it.