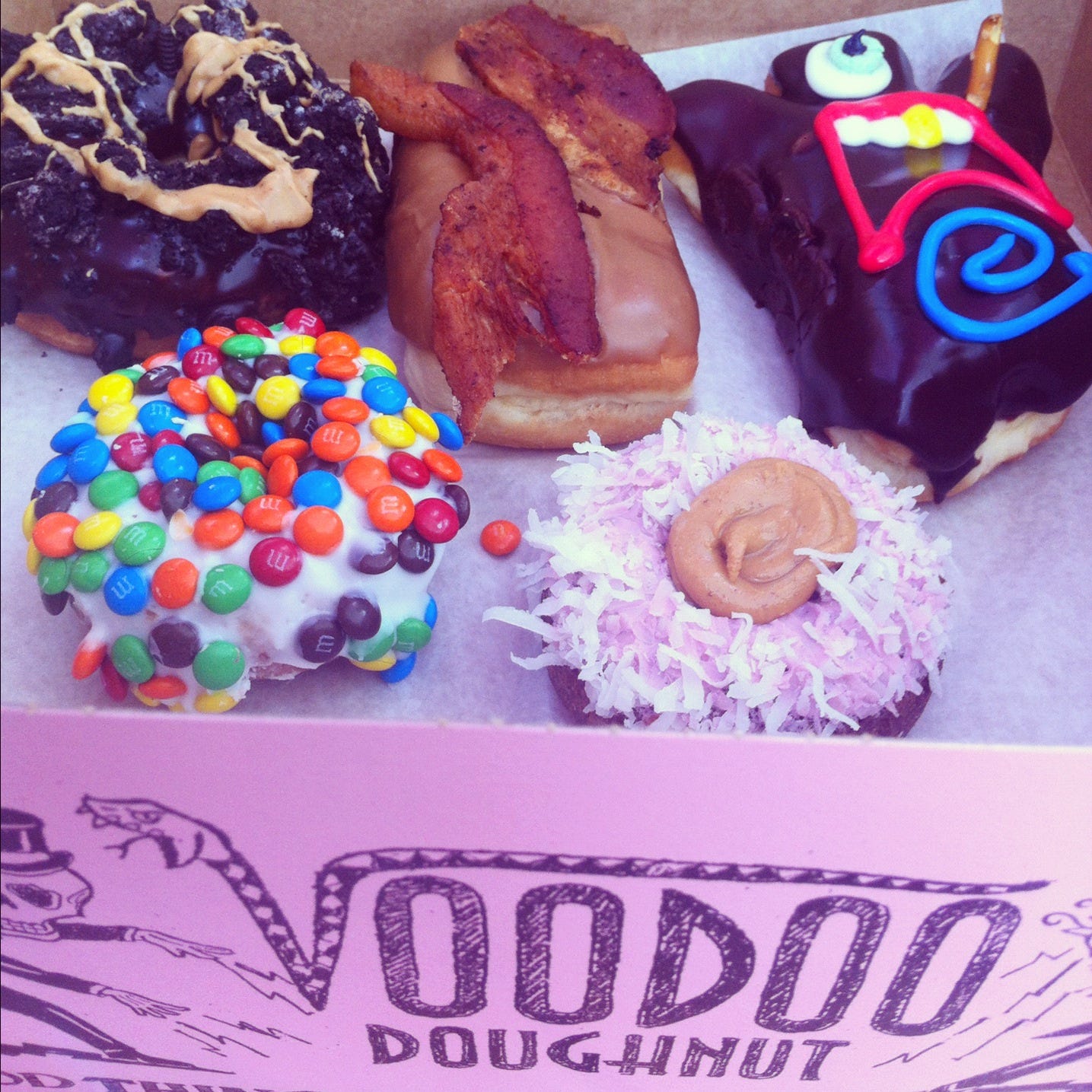 DENVER, Colo. – A Colorado man reportedly choked to death Sunday while trying to scarf down a half-pound doughnut as a part of an eating challenge at the new Voodoo Doughnuts in Denver

Denver’s 9News reported that Travis Malouff, 42, died while trying to eat the giant doughnut in less than 80 seconds as part of the shop’s “Tex-Ass Challenge.”

Malouff died from “asphyxia, due to obstruction of the airway,” according to the Denver Office of the Medical Examiner.

The challenge requires participants to eat the large doughnut – which is the equivalent of six regular doughnuts, and has a 7-inch diameter – in exchange for a free meal and a free button.

First of all, RIP to Travis. I’d never make light of or tell jokes about someone’s death. It’s tragic. Hate to see a life end that way.

The old adage is true; there but for the grace of God go I. I would eat the shit out of those donuts. Look at those things. You put one of those bad boys in front of me, and I don’t need a timer. I’m going in.

You put a voodoo donut AND a free meal on the line, and I’d probably die too. You get crazy with it and throw a button to sweeten the pot? OH BABY!

I’ll do nearly anything for a badass button. Buttons are my personal mardi gras beads. I’ll wiggle my tits. I’ll flash you some privates. I love a good button. That’s why my friends call me Button Boy. It has nothing to do with the size of my dick, despite the vicious and unrelenting rumors on the internet.

Although choking on a huge donut is a terrible way to go, you also gotta think that it’s a great way to go. That’s what you call a mental pickle, my friends. Perplexing!