1) The kid yelling “BLOCK. HIM!” is hilarious. Basically just like “Fuck this one armed freak!”

2) He’s dead wrong. DEAD wrong. This is the ultimate lose lose. You play defense on this kid and swat his armless nonsense into the 5th row, youre the asshole. You try to D him up and he rains jumpers in your eyeball and you’re forever known as the dude who got clowned by the The Human Nub. Like look at this kid: 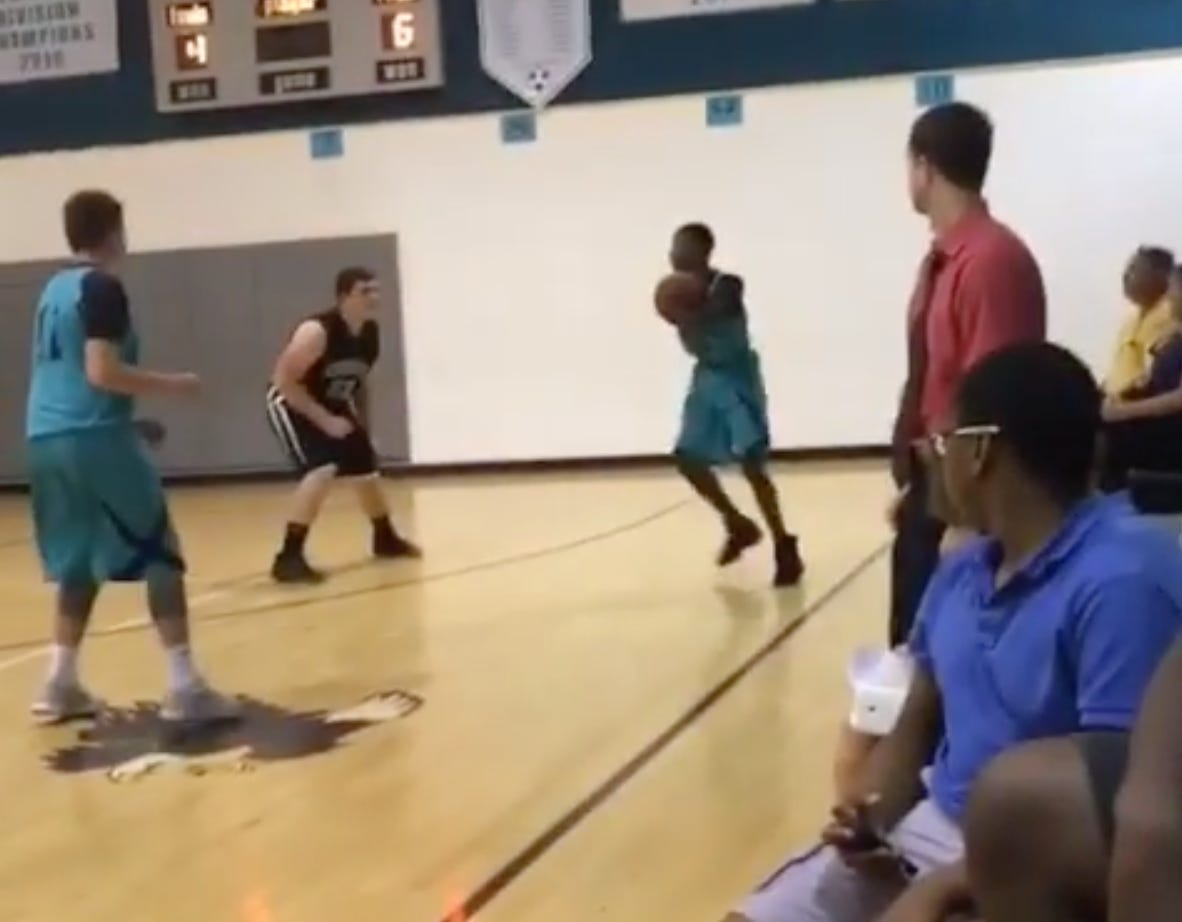 He’s standing there, the Fat White Kid (already a basketball outcast) thinking to himself “I am so fucked no matter what happens here.”

Dont even go NEAR this kid if you see him on the court. Treat him like Karl Malone did Magic Johnson when The Mailman was afraid he was gonna catch AIDS if Magic came near him.

3) I dont fundamentally understand what is going on here. This kid is catching passes and shooting jumpers with his goddam shoulders. It just a hook nub and a shoulder. How the fuck does this even work? More importantly how and why does this kid even decide to play basketball?? Id be such a salty asshole if I had no arms there’s no goddam chance I’d sit around trying to practice basketball with my shoulders until I made the team. First and only thing I’d be doing is learning how to crack stick.