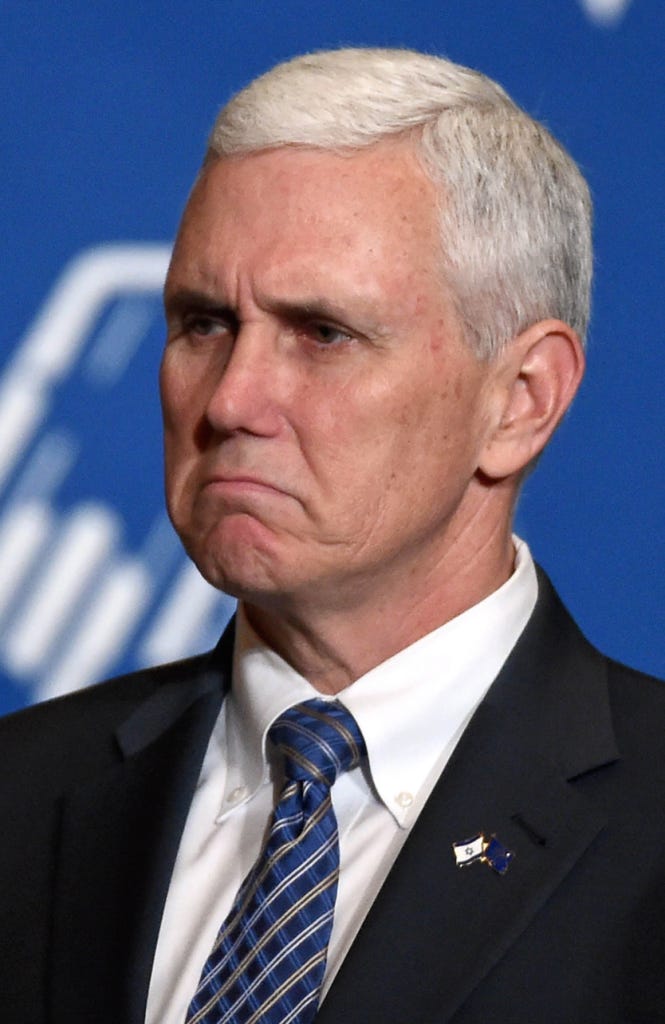 I actually somehow knew this already, which is surprising because I don’t really know anything, but it’s going viral today so let’s talk about how Mike Pence is a dork.

In case you ever wondered if Mike Pence has even a single friend, there’s your answer. Imagine how every single conversation in his life has gone for the last, I don’t know, 50 years?

“Heyyyyyy Mikey my man, having some of the boys over for the big Hoosier game tonight. You down?”

“You know I hate when you call me Mikey. Will there be beer there?”

Square city, population the dude who wants to have funerals for aborted fetuses.

I just can’t think of a bigger square move than refusing to be around booze unless your wife has a leash tied directly to your dick. Are you that sexually repressed that you worry if you sit down and have a nice steak with a woman, or if you drink a beer and there’s a chick in the same zip code, that you’ll immediately just start fucking? Go out with the boys every once in a while and show Mrs. Pence who wears the perfectly pleated and pressed pants in this bizarre family.

Everyone knows that you can’t trust a man who can’t trust himself and that’s Mike Pence to a T. Dude needs to keep everything locked up inside, with a warden wife standing at the gate, or he turns into Mr. Hyde.

What a goddamn nerd.