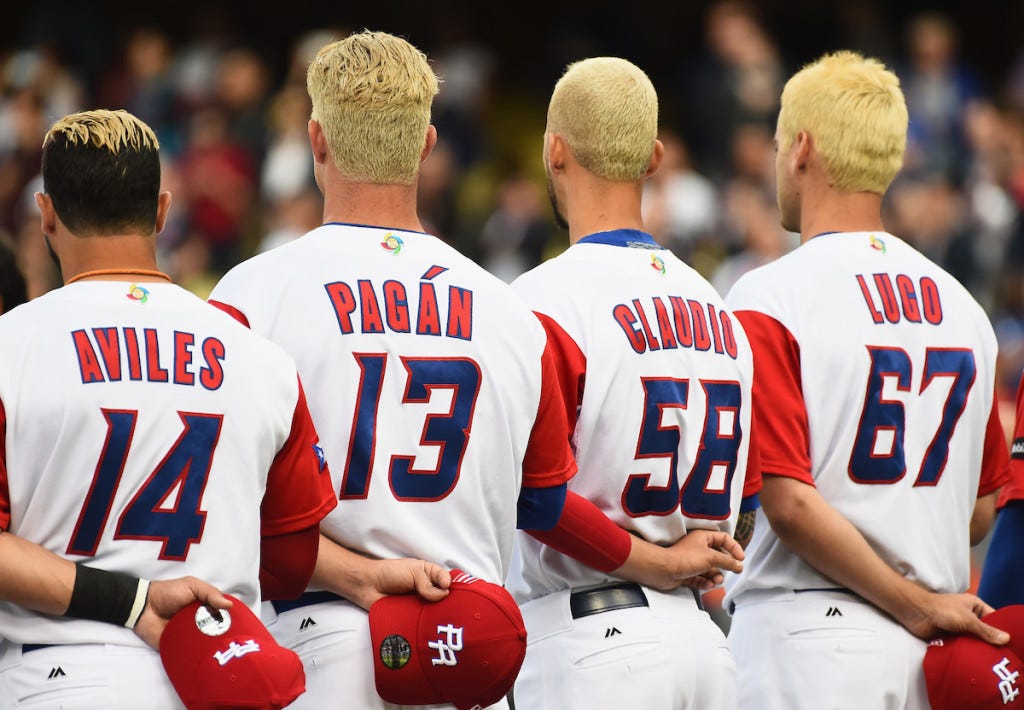 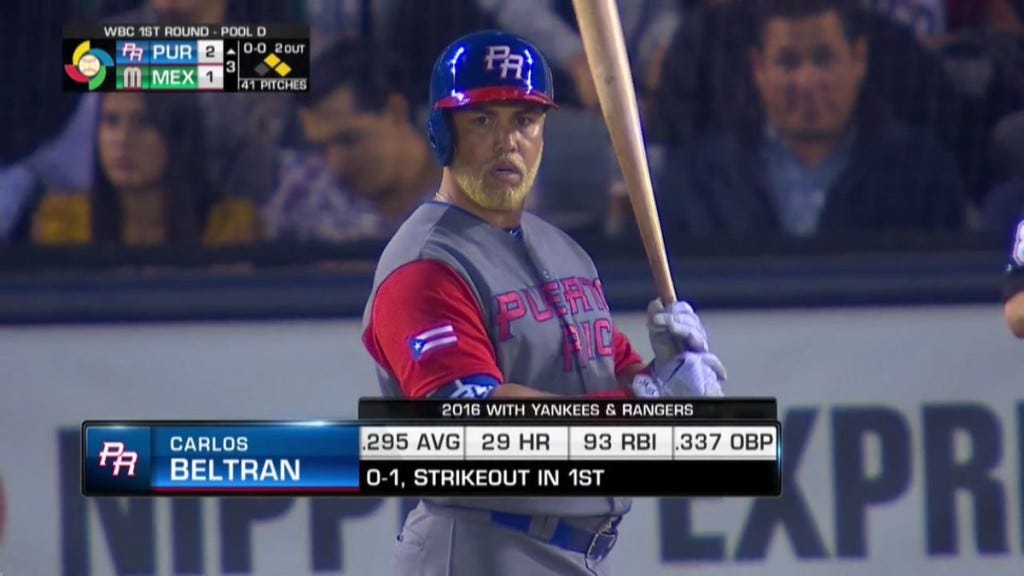 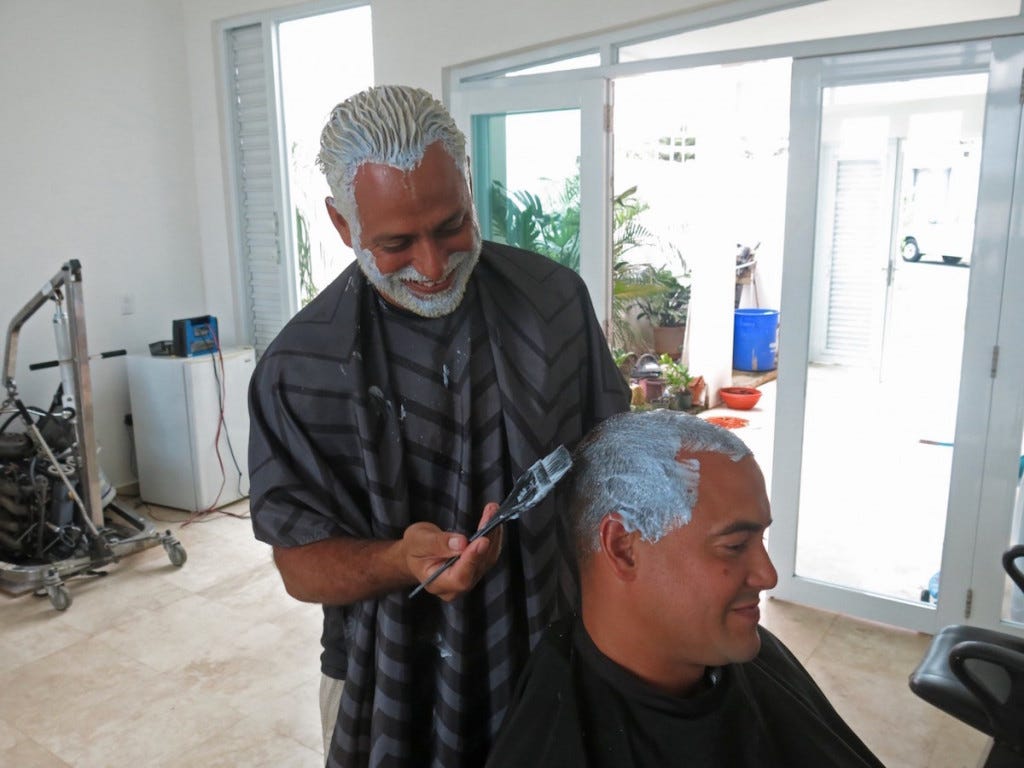 (Washington Post) — Pharmacies and beauty stores across Puerto Rico are running out of hair dye as a growing number of men go blond in support of the island’s baseball players who bleached their hair as a bonding ritual ahead of the World Baseball Classic.

“Ever since they began winning, this has not stopped,” said Myrna Rios, a manager at a Sally Beauty Supply store in the capital of San Juan. “We have run out of the product in most of our stores.”

When baseball was voted out of the Olympics in 2005, MLB was like, “Fuck it. We’ll just have our own Olympics,” thus the World Baseball Classic was created and introduced to the world the following year.

But it was obviously more than that. I’d hate to refer to the tournament as one big marketing campaign, because that’s not it, either. But in a way, it sort of has a marketing element to it, but not in a money-grabbing way. Their intentions are good, is what I’m trying to say. The WBC tournament is important to Major League Baseball, because it promotes the game in countries outside of the US and Canada, the only two countries with major league teams. Of course, there are MLB-affiliated academies in other countries, like the Dominican Republic, but no other official ways of promoting the game on a grand stage like this.

That’s why I love this hair-dying thing that Puerto Rico is doing. The tournament is serving the exact purpose that it was intended to. With Puerto Rico making it to the WBC Championship Game tonight against the USA, the people of Puerto Rico are all dying their hair in support of their team. You have a guy walking down the street with blonde hair and a blonde beard, looking like Carlos Beltran, and you bet your ass people are going to ask why the hell they look like that, and boom. There’s your promotion for the tournament, and there’s your promotion for the game of baseball.

And who knows? Maybe something as simple as hair dye is going to lead to the next big superstar out of Puerto Rico. When you look at where players like Carlos Correa came from, the traditional means of advertising that we know here in the United States are just not the same in Puerto Rico. Maybe a young kid sees somebody with that hair dye, asks what it’s all about, finds a way to tune into the WBC title game tonight, gets hooked on baseball and grows up to be the next Beltran, the next Correa, the next Javy Baez, the next Yadier Molina, the next Pudge Rodriguez, or the next Roberto Clemente. That’s what it’s all about.